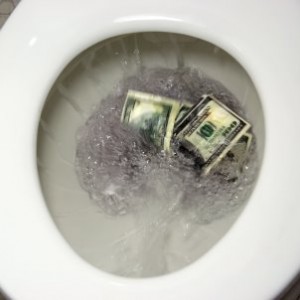 The U.S. government is currently creating one of the most colossal monuments in the history of the world.  It is the U.S. national debt, and it threatens to literally destroy the American way of life.  For decades now, this generation has been recklessly spending the money of future generations and has been convinced that they have been getting away with it.  Americans have been enjoying an obscenely high standard of living, but the party is almost over and the day of reckoning is fast approaching.  It has been a great party, but it was fueled by the biggest mountain of debt in the history of the world.  As many of us know, it can be extremely fun running up a huge credit card bill, but it can be even more painful to pay it off.  Now our national “credit card bills” are starting to arrive and nobody really seems to know what to do.  The U.S. national debt will forever be a lasting reminder of the greed and recklessness of this generation.  The truth is that the United States is NOT the “richest and most powerful nation” in the world.  Rather, we are a spoiled, bloated, greedy nation that has run up a debt so big that words simply do not do it justice.

In fact, the U.S. national debt is so bizarre that it is hard to know whether to laugh about it or cry about it.  For today at least, we will have some fun with it.  The following are 14 fun facts about the U.S. government’s massive debt problem….

#1) As of December 1st, 2009, the official debt of the United States government was approximately 12.1 trillion dollars.

#2) To pay this 12.1 trillion dollar debt would require approximately $40,000 from every single person living in the United States.

#3) Now the U.S. Congress has approved an increase in the U.S. government debt cap to 14.3 trillion dollars.  to pay this increase off would require approximately $6,000 more from every man, woman and child in the United States.

#4) The U.S. government’s debt ceiling has been raised six times since the beginning of 2006.

#6) When Ronald Reagan took office, the U.S. national debt was only about 1 trillion dollars.

#8) Barack Obama’s most recently proposed budget anticipates $5.08 trillion in deficits over the next 5 years.

#10) The U.S. national debt rises at an average of approximately $3.8 billion per day.

#11) In 2010, the U.S. government is projected to issue almost as much new debt as the rest of the governments of the world combined.

#12) The U.S. government has such a voracious appetite for debt that the rest of the world simply doesn’t have enough money to lend us.  So now the Federal Reserve is buying most U.S. debt, and the only reason they can do that is because they basically create the money to lend us out of thin air.

#13) A trillion $10 bills, if they were taped end to end, would wrap around the globe more than 380 times.  That amount of money would still not be enough to pay off the U.S. national debt.