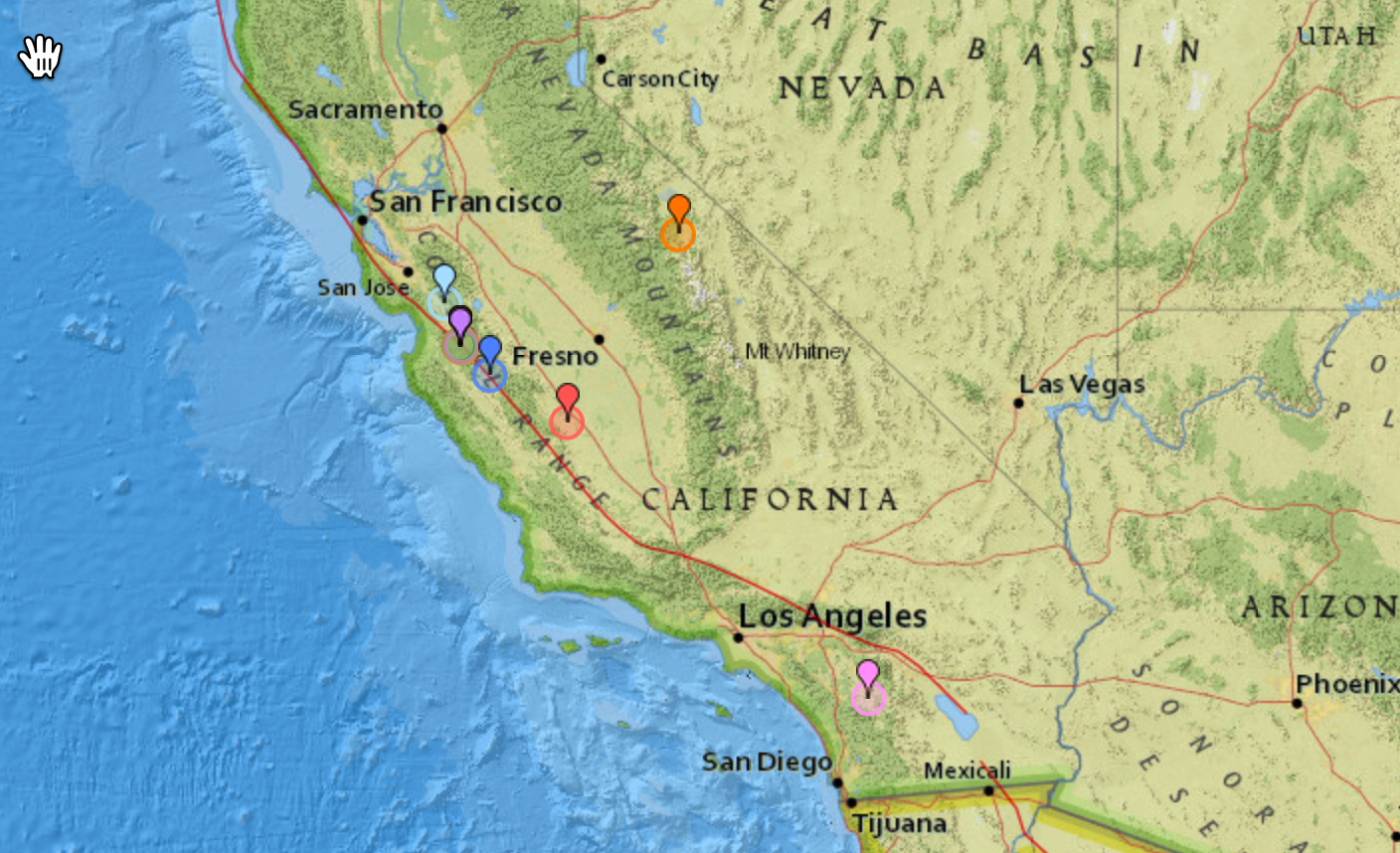 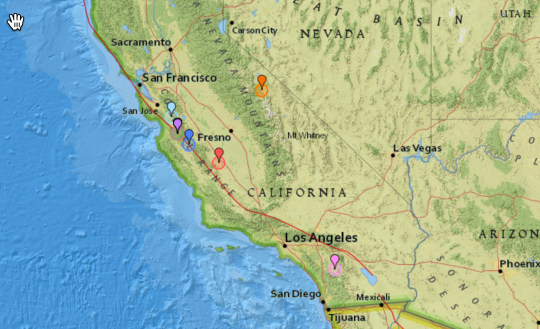 A series of large earthquakes has rattled California over the last 24 hours, and scientists are telling us that the shaking was the result of “movement along the San Andreas Fault system”.  In recent months there has been an alarming amount of seismic activity all along “the Ring of Fire”, and there have been times when the number of global earthquakes has been way above normal.  Could it be possible that all of this unusual seismic activity is leading up to something?  As you will see below, experts are telling us that we are overdue for the “Big One” to hit California.  And when it does eventually strike, it could be far worse than most people would dare to imagine.

Most of the 39 significant earthquakes that have struck California within the last 24 hours have happened along the San Andreas Fault.  The following comes from CBS News…

A swarm of earthquakes along the San Andreas Fault, the largest measuring a 4.1 magnitude, rumbled through the Hollister area and the Salinas Valley Friday morning. CBS San Francisco, citing officials, reports the quakes rattled nerves but caused no major damage.

Officials are saying that this shaking was caused by “movement along the San Andreas Fault system”, and the initial magnitude 4.1 quake was quickly followed by a series of more than 20 aftershocks…

After a magnitude 4.1 earthquake struck 12 miles from Hollister at 5:58 a.m., more than 20 aftershocks rattled the area in the following hours. The smaller quakes registered as high as 3.6 magnitude and were felt as far away as Monterey and Santa Cruz.

When you live in an area that sits along a major earthquake fault, it can be easy to forget the potential danger if nothing happens for an extended period of time.

But the danger is always there, and for many California residents the rattling that we witnessed on Friday was a clear reminder of that fact.

Thankfully, these earthquakes did not cause substantial damage, but local residents were definitely shaken up…

One in Hollister said: “Was asleep, felt like someone was shaking the bed.”

Another resident in Monterey Bay expressed concern that recent quakes could indicate a major earthquake – commonly known as the ‘Big One’ – could be on the way.

They wrote: “Been feeling a lot of tremors the last several months.

Hopefully this current shaking will fizzle out and things will go back to normal.

Experts say California is overdue for a huge earthquake with some warning a major magnitude 7.0 is likely within the next 30 years.

A 2008 report by USGS described the Hayward Fault, which runs to the east of San Francisco, as a “tectonic time bomb” which could threaten the city’s seven million residents.

And when “the Big One” does strike, it could potentially be far worse than most people have ever imagined.

In a previous article, I quoted from a news story about a recent study that concluded that a major earthquake could potentially “plunge large parts of California into the sea almost instantly”…

When I first read that, I was absolutely stunned.

But according to Cal State Fullerton professor Matt Kirby, there is a very strong possibility that this could actually happen someday…

The fact that our planet is entering a time of unprecedented seismic activity has been a major theme in my work for a very long time, and I am particularly concerned about the west coast.  Just a few weeks ago, there was some unusual shaking farther north along the Cascadia Subduction Zone, and I anticipate that the shaking of coastal areas will continue to intensify until things finally break loose.

And the truth is that we can see signs of impending change all around us.  Down in southern California, a “moving sinkhole” is now traveling up to 60 feet a day, and it is “destroying everything in its path”…

It is the beginning of the San Andreas fault, where experts fear ‘The Big One’ could begin.

But a small, bubbling pool of mud that stinks of rotting eggs near the Salton Sea is causing concern.

Dubbed ‘the slow one’, experts studying the phenomenon say it is similar to a ‘moving sinkhole’ – and is speeding up, destroying everything in its path.

Imperial County officials studying the muddy spring say it has has been increasing in speed through – first 60 feet over a few months, and then 60 feet in a single day.

Of course this is not just a west coast phenomenon.  We have been witnessing unusual seismic activity all over the world, and it has become very clear that our planet is becoming increasingly unstable.

Natural disasters are going to continue to grow worse and worse, and that is going to have extremely serious implications for all of us.