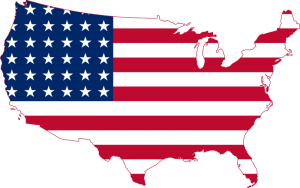 What does America stand for?  That question is a lot more complicated than you might think.  Our Founding Fathers established a Republic that was based on a set of shared values that were embodied in the text of the U.S. Constitution.  But today, many of our politicians openly disregard the Constitution whenever they want and it has become fashionable to mock the U.S. Constitution.  For example, the New York Times recently published a piece by Georgetown University Professor Louis Michael Seidman entitled “Let’s Give Up On The Constitution” in which he publicly called the Constitution “archaic” and “downright evil”.  This is a man that has been teaching constitutional law to the next generation of lawyers at one of the top universities in the nation for nearly 40 years.  Unfortunately, Seidman is not an aberration.  The truth is that law schools all over America are absolutely packed with professors that teach that we should consider the U.S. Constitution a “living, breathing document” that must “evolve” as society evolves.  They also teach that when we find something in the Constitution that does not work for us today that we should just ignore it.  In fact, in his New York Times article Seidman insisted that “constitutional disobedience” is “as old as the Republic”.  But if we can just ignore the U.S. Constitution whenever we want, where does that leave us?  Should we be able to ignore all laws when they are not convenient for us?

Personally, I strongly believe that we should follow the U.S. Constitution, and there are millions of others out there that agree with me.  If we want to amend the Constitution, there is a procedure for doing that, but it is not easy.  Our founders did that to try to ensure that any changes to our Constitution would reflect an overwhelming consensus of the American people.

But today America is more divided than ever before.  We can’t seem to agree on much of anything.  We are at a period in our history when we desperately need to come together, but instead we are constantly at each other’s throats.

Is there anything that truly unites us anymore?

In the old days, if you would have asked people to give you a one word definition of America, many people would have responded by naming important values such as “freedom” and “liberty”.

Sadly, much of the country appears not to even value those things any longer.  One poll found that 51 percent of all Americans believe that “it is necessary to give up some civil liberties in order to make the country safe from terrorism.”  Other surveys have found similar results.

Not only that, we continue to elect control freak politicians from both political parties that appear to be obsessed with constantly eroding our freedoms and liberties.  There are literally millions of ridiculous laws, rules and regulations that govern even the smallest details of our lives, and the government is constantly inventing new ways to watch, track, register, monitor and control all of us.  If you doubt this, please see this article and this article.  If we continue down this path, we are going to end up in a very dark place as a nation.

Well, what about economics?

Aren’t we united by a common economic philosophy?

Sadly, no we are not.

In the old days, Americans overwhelmingly believed in free market capitalism and overwhelmingly rejected socialism, but now that is rapidly changing.

So what will the future look like if we continue to see this kind of shift among our young people?

And of course we have not had anything even close to a true free market system in the United States in a very, very long time.  Our economy is dominated by a partnership between the federal government and the monolithic predator corporations that dominate our society.  Individuals and small businesses that try to compete are being absolutely suffocated.  Our Founding Fathers were very suspicious of all large concentrations of power, and they sought to greatly limit the power of both the federal government and of the big corporations.  But today we have gone totally in the other direction.

Well, is there anything else that truly unites America?

Of course it is true that the overwhelming majority of the early colonists were Christian, and even 50 years ago it would have been accurate to say that America was a “Christian nation”, but that is definitely no longer the case today.

The number of Americans with no religious affiliation has absolutely exploded in recent years.  It has grown by a whopping 25 percent over the past five years, and meanwhile the percentage of people that identify themselves as “Christians” in America is dropping like a rock.  In fact, one poll found that the percentage of Protestants in the United States has dropped below 50 percent for the first time ever.  For many more shocking numbers that show the precipitous decline of Christianity in America, please see this article.

So what fundamental principles do most Americans actually agree on?

And I am not talking about things like “American Idol is going downhill” or “Justin Bieber gets too much attention”.

Is there still a core set of shared values that the entire nation can agree upon?

If not, where does that leave us?

Unfortunately, I think that it leaves us in a very difficult place.  The divisiveness that we have seen in Washington D.C. in recent years is just the tip of the iceberg.  We are living in a nation today that is more divided than I can ever remember.  A whole host of opinion polls have shown that anger and frustration in America are rising to very dangerous levels, and instead of focusing on the real reasons for our problems we all tend to point the fingers at one another.

In America today, we have been trained to group ourselves together by certain “categories” and to see those on the other side as “the enemy”.  This is a very dangerous thing.  It keeps the American people from coming together to fix the very serious problems that are facing our country.

The truth is that we are being divided in dozens of different ways today.  The following are just a few of the ways we are currently being divided…

Black vs. White (or insert any other two races or ethnic groups)

Of course we should never compromise what we believe just for the sake of “unity”.  That is foolishness.  But you can disagree with someone without hating them.

In America today, people will find a reason to hate someone else at the drop of a hat.  Surprisingly large numbers of Americans will hate others because of where they are from, what they look like, what their ethnic background is, what their political affiliation is or what their religious beliefs are.

If America is going to have any kind of a future, we have got to start loving one another.  That does not mean that we all have to agree with one another.  But we do need to start caring about one another and hoping for the best for one another.

For example, I fundamentally disagree with almost every single thing that Barack Obama does.  But I do not hate him.  On the contrary, I pray for him and his family.  I would love to see him experience a 180 degree turnaround and start fighting for the truth.  I believe that love is stronger than hate, and I believe that there is hope for every one of us.

I know that I have had my mind changed on a lot of things throughout my life, and if I could go back there are many things I would do differently.  I am thankful for those that loved me and had patience with me when I was younger.

And I am not saying that we always have to be “meek” in our approach.  For example, if I was pushing a shopping cart around the local supermarket and I came upon a young child that was about to guzzle an entire bottle of liquid bleach, I would yell and scream at that child to stop.  Sometimes yelling and screaming is the loving thing to do.  There is nothing wrong with “tough love”.

There are preachers and radio hosts that I know that express what they believe in a very vociferous manner, but it is coming from a good place.  They love their listeners and they love their country and they are just trying to wake people up.  There is nothing wrong with that.

On the flip side, there are others that truly do hate particular categories of people.  For example, I was on a radio show earlier today, and the first half of the interview went great as I explained the problems with our economy, how our cities are degenerating and how the Federal Reserve is at the very heart of our financial problems as a nation.

But then in the second half of the interview, the radio host started blaming one particular ethnic group for all of our problems.  I had not properly researched this particular host and I was horrified.  I told her in a very clear manner that I thought that she was wrong.  I don’t think that she appreciated that very much.

But I think that we will get a lot farther if love is our primary motivation.  Without love, we are nothing.  Let us start to love one another as we would like to be loved ourselves.

So what do all of you think about this?  I am sure that there are probably some very strong opinions out there.  Please feel free to post a comment with your thoughts below… 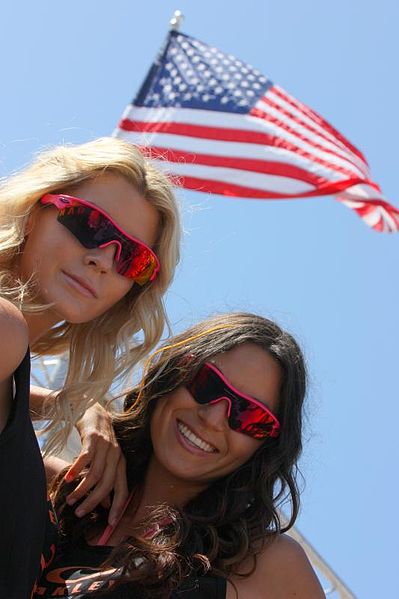