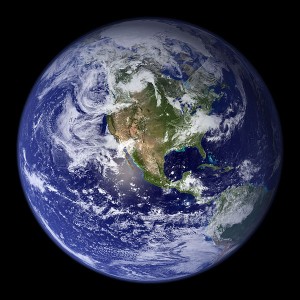 Now that “bail-ins” have become accepted practice all over the planet, no bank account and no pension fund will ever be 100% safe again.  In fact, Cyprus-style wealth confiscation is already starting to happen all around the world.  As you will read about below, private pension funds were just raided by the government in Poland, and a “bail-in” is being organized for one of the largest banks in Italy.  Unfortunately, this is just the beginning.  The precedent that was set in Cyprus is being used as a template for establishing bail-in procedures in New Zealand, Canada and all over Europe.  It is only a matter of time before we see this exact same type of thing happen in the United States as well.  From now on, anyone that keeps a large amount of money in any single bank account or retirement fund is being incredibly foolish.

For years, there have been rumors that someday the U.S. government would raid private pension funds.

Well, in Poland it just happened.

According to Reuters, private pension funds were raided in order to reduce the size of the government debt…

Poland said on Wednesday it will transfer to the state many of the assets held by private pension funds, slashing public debt but putting in doubt the future of the multi-billion-euro funds, many of them foreign-owned.

The Polish government is doing the best that it can to make this sound like some sort of complicated legal maneuver, but the truth is that what they have done is stolen private assets without giving any compensation in return…

The Polish pension funds’ organisation said the changes may be unconstitutional because the government is taking private assets away from them without offering any compensation.

Announcing the long-awaited overhaul of state-guaranteed pensions, Prime Minister Donald Tusk said private funds within the state-guaranteed system would have their bond holdings transferred to a state pension vehicle, but keep their equity holdings.

He said that what remained in citizens’ pension pots in the private funds will be gradually transferred into the state vehicle over the last 10 years before savers hit retirement age.

For years, Iceland has been applauded for how they handled the last financial crisis.  But now it is being proposed that the “blanket guarantee” that currently applies to all bank accounts should be reduced to 100,000 euros.  Will this open the door for “haircuts” to be applied to bank account balances above that amount?…

Following the crisis in October 2008, Iceland’s government declared all deposits in domestic financial institutions were ‘blanket’ guaranteed – an Emergency Act that was reafrmed twice since. However, according to RUV, the finance minister is proposing to restrict this guarantee to only deposits less-than-EUR100,000. While some might see the removal of an ’emergency’ measure as a positive, it is of course sadly reminiscent of the European Union “template” to haircut large depositors. This is coincidental (threatening) timing given the current stagnation of talks between Iceland bank creditors and the government over haircuts and lifting capital controls – which have restricted the outflows of around $8 billion.

European finance ministers have agreed to a plan that would make “bail-ins” the standard procedure for rescuing “too big to fail” banks in the future.  The following is how CNN described this plan…

What this means is that if you have over 100,000 euros in a bank account in Europe, you could lose every single bit of the unprotected amount if your bank collapses.

As Zero Hedge reported on Tuesday, a “bail-in” is now being organized for the oldest bank in Italy…

Recall that three weeks ago we warned that “Monti Paschi Faces Bail-In As Capital Needs Point To Nationalization” although we left open the question of “who will get the haircut including senior bondholders and depositors…. given the small size of sub-debt in the capital structures.” Today, as many expected on the day following the German elections, the dominos are finally starting to wobble, and as we predicted, Monte Paschi, Italy’s oldest and according to many, most insolvent bank, quietly commenced a bondholder “bail in” after it said that it suspended interest payments on three hybrid notes following demands by European authorities that bondholders contribute to the restructuring of the bailed out Italian lender. Remember what Diesel-BOOM said about Cyprus – that it is a template? He wasn’t joking.

As Bloomberg reports, Monte Paschi “said in a statement that it won’t pay interest on about 481 million euros ($650 million) of outstanding hybrid notes issued through MPS Capital Trust II and Antonveneta Capital Trusts I and II.” Why these notes? Because hybrid bondholders have zero protections and zero recourse. “Under the terms of the undated notes, the Siena, Italy-based lender is allowed to suspend interest without defaulting and doesn’t have to make up the missed coupons when payments resume.” Then again hybrids, to quote the Dutchman, are just the template for the balance of the bank’s balance sheet.

Why is this happening now? Simple: the Merkel reelection is in the bag, and the EURUSD is too high (recall Adidas’ laments from last week). Furthermore, if the ECB proceeds with another LTRO as many believe it will, it will force the EURUSD even higher, surging from even more unwanted liquidity. So what to do? Why stage a small, contained crisis of course. Such as a bail in by a major Italian bank. The good news for now is that depositors are untouched. Unfortunately, with depositor cash on the wrong end of the (un)secured liability continuum it is only a matter of time before those with uninsured deposits share some of the Cypriot pain. After all, in the brave New Normal insolvent world, “it is only fair.”

Fortunately, it does not appear that this particular bail-in will hit private bank accounts (at least for now), but it does show that European officials are very serious about applying bail-in procedures when a major bank fails.

The New Zealand government has been discussing implementing a “bail-in” system to deal with any future major bank failures.  The following comes from a New Zealand news source…

Incredibly, even Canada is moving toward adopting these “bank bail-ins”.  In a previous article, I explained that “bail-ins” were even part of the new Canadian government budget…

Cyprus-style “bail-ins” are actually proposed in the new Canadian government budget.  When I first heard about this I was quite skeptical, so I went and looked it up for myself.  And guess what?  It is right there in black and white on pages 144 and 145 of “Economic Action Plan 2013” which the Harper government has already submitted to the House of Commons.  This new budget actually proposes “to implement a ‘bail-in’ regime for systemically important banks” in Canada.  “Economic Action Plan 2013” was submitted on March 21st, which means that this “bail-in regime” was likely being planned long before the crisis in Cyprus ever erupted.

So what does all of this mean for us?

It means that the governments of the world are eyeing our money as part of the solution to any future failures of major banks.

As a result, there is no longer any truly “safe” place to put your money.

One of the best ways to protect yourself is to spread your money around.  In other words, don’t put all of your eggs in one basket.

If you have your money a bunch of different places, it is going to be much harder for the government to grab it all.

But if you don’t listen to the warnings and you continue to keep all of your wealth in one giant pile somewhere, don’t be surprised when you get wiped out in a single moment someday.