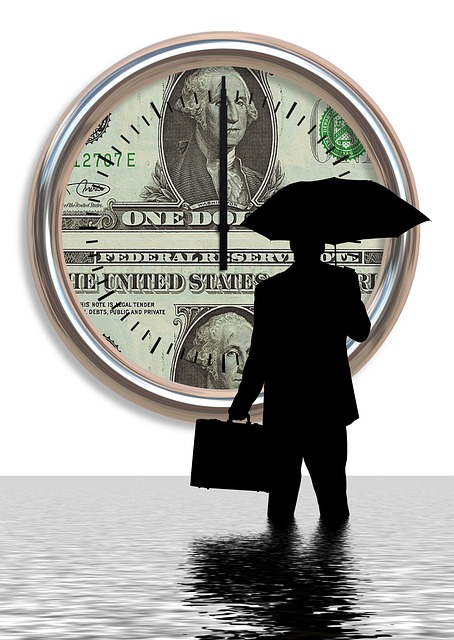 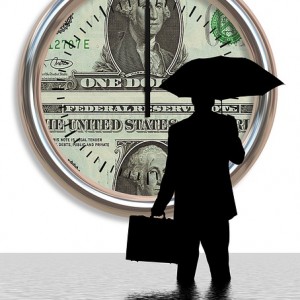 We are really starting to see the price of oil weigh very heavily on the economy and on the stock market.  On Tuesday, the Dow was down 291 points, and the primary reason for the decline was disappointing corporate sales numbers.  For example, heavy equipment manufacturer Caterpillar is blaming the “dramatic decline in the price of oil” for much lower than anticipated sales during the fourth quarter of 2014.  Even though Caterpillar is not an “energy company”, the price of oil is critical to their success.  And the same could be said about thousands of other companies.  That is why I have repeatedly stated that anyone who believes that collapsing oil prices are good for the U.S. economy is crazy.  The key to how much damage this oil collapse is going to do to our economy is not how low prices ultimately go.  Rather, the key is how long they stay at these low levels.  If the price of oil went back to $80 a barrel next week, the damage would be fairly minimal.  But if the price of oil stays at this current level for the remainder of 2015, the damage will be absolutely catastrophic.  Just think of the price of oil like a hot iron.  If you touch it for just a fraction of a second, it won’t do too much damage.  But if you press it against your skin for an hour, you will be severely damaged for the rest of your life at the very least.

So the damage that we are witnessing right now is just the very beginning unless the price of oil goes back up substantially.

When the price of oil first started crashing, most analysts focused on the impact that it would have on energy companies.  And without a doubt, quite a few of them are likely to be wiped out if things don’t change soon.

But of even greater importance is the ripple effects that the price of oil will have throughout our entire economy.  The oil price crash is not that many months old at this point, and yet big companies are already blaming it for causing significant problems.  The following is how Caterpillar explained their disappointing sales numbers on Tuesday…

“The recent dramatic decline in the price of oil is the most significant reason for the year-over-year decline in our sales and revenues outlook.  Current oil prices are a significant headwind for Energy & Transportation and negative for our construction business in the oil producing regions of the world.  In addition, with lower prices for copper, coal and iron ore, we’ve reduced our expectations for sales of mining equipment.  We’ve also lowered our expectations for construction equipment sales in China.  While our market position in China has improved, 2015 expectations for the construction industry in China are lower”

We also learned on Tuesday that orders for durable goods were extremely disappointing.  Many analysts believe that this is another area where the oil price crash is having an impact…

Meanwhile, a bunch of other big companies reported disappointing sales numbers on Tuesday as well.  The following summary comes from the Crux…

What the economy could really use right now is a huge rebound in the price of oil.

Unfortunately, as I wrote about the other day, that is not likely to happen any time soon.

In fact, a top executive for Goldman Sachs recently told CNBC that he believes that the price of oil could ultimately go as low as 30 dollars a barrel.

Hedge funds boosted bearish wagers on oil to a four-year high as US supplies grew the most since 2001.

US crude supplies rose by 10.1 million barrels to 397.9 million in the week ended January 16 and the country will pump the most oil since 1972 this year, the Energy Information Administration says. Saudi Arabia’s King Salman, the new ruler of the world’s biggest oil exporter, said he will maintain the production policy of his predecessor despite a 58 percent drop in prices since June.

Sadly, the truth is that anyone that thought that the stock market would go up forever and that the U.S. economy would be able to avoid a major downturn indefinitely was just being delusional.

Our economy goes through cycles, and every financial bubble eventually bursts.

For example, did you know that the S&P 500 has never had seven up years in a row?  The following comes from a CNBC article that was posted on Tuesday…

Doubleline Capital founder Jeff Gundlach, more known for his bond prowess than as an equity market expert, pointed out that the S&P 500 has never had seven consecutive up years.

Of course, records are made to be broken, and each year is supposed to stand on its own.

But in a market that faces an uncertain future regarding monetary policy, the specter of a global economic slowdown, and an oil price plunge that is dampening capital investment, Gundlach’s little factoid sparked a lot of chatter at ETF.com’s InsideETFs conference in Hollywood, Florida.

Hmm – that reminds me of the seven year cycles that I discussed in my article yesterday.

If the price of oil stays this low for the rest of 2015, there is no way that we are going to avoid a recession.

If the price of oil stays this low for the rest of 2015, there is no way that we are going to avoid a stock market crash.

So let’s hope that the price of oil starts going back up.

If it doesn’t, the damage that is inflicted on our economy is going to get progressively worse.