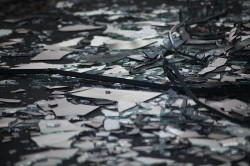 Would you pool your debt with a bunch of debt addicts that have no intention of reducing their wild spending habits?  Of course you wouldn’t.  But that is exactly what Germany is being asked to do.  Increasingly, “eurobonds” are being touted as the best long-term solution to the financial crisis in Europe.  These eurobonds would represent jointly issued debt by all 17 members of the eurozone.  This debt would also be guaranteed by all 17 members of the eurozone.  This would allow all countries in the eurozone to enjoy the same credit rating that Germany does, and borrowing costs for nations such as Greece, Portugal, Italy and Spain would plummet.  But borrowing costs for Germany would rise substantially.  In fact, it is being estimated that Germany could be facing an extra 50 billion euros a year in interest expenses.  So over ten years that would come to about 500 billion euros.  Needless to say, Germany is not thrilled about this idea.  But new French President Francois Hollande is pushing eurobonds very hard, and he has the support of the OECD, the IMF and many top Italian politicians.  In the end, this could be the key to the future of the eurozone.  If the Germans give in and decide that they are willing to deeply subsidize their profligate neighbors indefinitely, then the euro could potentially be saved.  If not, then this issue could end up shattering Europe.

It is easy to try to portray the Germans as the “bad guys” in all this, but try to step into their shoes for a minute.

If you had some relatives that were spending wildly and that had already run up $100,000 in credit card debt, would you be a co-signer on their next credit card application?

The recent elections in France and Greece made it abundantly clear that the populations of those two countries are rejecting austerity.

Instead, they want a return to the debt-fueled prosperity that they have always enjoyed in the past.

Unfortunately, they need German help to be able to do that.

That is why new French President Francois Hollande is pushing so hard for eurobonds.  He wants the rest of the eurozone to be able to “piggyback” on Germany’s sterling credit rating so that everyone can return to the days of wild borrowing and spending.

But Germans greatly fear what a co-mingling of eurozone debt could eventually mean.  Not only would Germany’s borrowing costs rise dramatically, but there is also a concern that the rest of the eurozone could eventually pull Germany down with them.

Austria, Finland and the Netherlands are also against eurobonds, but the key is Germany.

For now, Germany is not budging on the issue of eurobonds at all.  The following is a statement that German Chancellor Angela Merkel made during a recent speech in Berlin….

“It’s just about not spending more than you collect. It’s astonishing that this simple fact leads to such debates”

And she is right.

Why is it so controversial to insist that people not spend more than they bring in?

The Germans don’t want to make great sacrifices just so the Greeks, the French and the Italians can go back to borrowing and spending wildly.

Why would the Germans want to do that?

And as a recent CNN article noted, German politicians believe that eurobonds are explicitly banned under existing EU treaties anyway….

“There is no way of introducing them under the current [EU] treaties. Indeed, there is an explicit ban on them,” one senior German official said, adding Berlin would not drop its opposition in the foreseeable future. “That’s a firm conviction which will not change in June.”

But politicians such as Hollande are complaining that austerity could seriously damage living standards throughout Europe.

And Hollande is right about that.

When you inflate your standard of living with borrowed money for many years, eventually there comes a time when you must pay a great price.

Anyone that has ever been in trouble with credit card debt knows how painful that can be.

It is shameful for the rest of Europe to be pleading and begging Germany to help them.

They should take care of themselves.

As I wrote about the other day, Greece would be much better off in the long run if it left the euro and created a new financial system based on sound financial principles.

But in the financial press all over the world there are calls for someone to come up with a “plan” to “rescue” Europe.  For example, the following is from a recent Wall Street Journal article….

There have been two main responses to the crisis: austerity, and kicking cans down roads. Austerity, in case you haven’t noticed, is so last year. It’s out. Which means that unless something else is found, some other comprehensive plan, the other main response, can kicking, is going to run out of road.

Just about everybody backed the idea of eurobonds, except for the Germans, and since they’re the ones with all the money, they’re kind of the only ones whose vote counts anyway. So, it’s time to go to plan B. Only there’s no Plan B, and there’s no time, either.

If Germany does not agree to subsidize the rest of the eurozone, will that ultimately mean that the eurozone will be forced to break up?

And that would cause a huge amount of pain in the short-term.

But the euro never was a good idea in the first place.  It was foolish to expect a monetary union to work smoothly in the absence of fiscal and political union.

And to be honest, the entire world would be a better place with less European integration.  The EU has become a horrifying bureaucratic nightmare and it would be wonderful if the entire thing broke up.

But for now, the only thing that is in danger is the euro.

Increasingly, it is looking like Greece may be the first country to exit the euro.

This week, former Greek Prime Minister Lucas Papademos admitted that the Greek government is considering making preparations for Greece to leave the euro.

Not only that, Reuters is reporting that top officials in the eurozone are now working on “contingency plans” for a Greek exit from the euro….

Each euro zone country will have to prepare a contingency plan for the eventuality of Greece leaving the single currency, euro zone sources said on Wednesday.

Officials reached the consensus on Monday afternoon during an hour-long teleconference of the Eurogroup Working Group (EWG).

As well as confirmation from three euro zone officials, Reuters has seen a memo drawn up by one member state detailing some of the elements that euro zone countries should consider.

So obviously a Greek exit from the euro has become a very real possibility.

A recent Bloomberg article detailed how a Greek exit from the euro could play out during the 46 hours that global financial markets are closed over the weekend….

Greece may have only a 46-hour window of opportunity should it need to plot a route out of the euro.

That’s how much time the country’s leaders would probably have to enact any departure from the single currency while global markets are largely closed, from the end of trading in New York on a Friday to Monday’s market opening in Wellington, New Zealand, based on a synthesis of euro-exit scenarios from 21 economists, analysts and academics.

Over the two days, leaders would have to calm civil unrest while managing a potential sovereign default, planning a new currency, recapitalizing the banks, stemming the outflow of capital and seeking a way to pay bills once the bailout lifeline is cut. The risk is that the task would overwhelm any new government in a country that has had to be rescued twice since 2010 because it couldn’t manage its public finances.

Right now, nobody is quite sure what is going to happen next and panic is spreading throughout the European financial system.

At this point, everyone is afraid of what is going to happen if Greece is forced to start issuing drachmas again.  As CNBC is reporting, some big European corporations are already beginning to implement their own “contingency plans”….

Big tourism operators like TUI of Germany and Kuoni of Britain are demanding the addition of so-called drachma clauses to contracts with Greek hoteliers should the euro no longer be in use here. British newspapers are filled with advice columns for travelers worried about the wisdom of planning a vacation in Greece, or even Portugal and Spain, should the euro crisis worsen. Large multinational companies like Vodafone Group, Reckitt Benckiser and Diageo have taken to sweeping cash every day from euro accounts back to Britain to limit their exposure.

Sadly, this is probably only a small taste of the financial anarchy that is coming.

France is likely to keep pushing hard for the creation of eurobonds.

Germany is likely to keep fiercely resisting this.

At some point, a moment of crisis will arrive and a call will have to be made.

Will Germany give in or will political turmoil end up shattering Europe?

It will be interesting to see how all of this plays out. 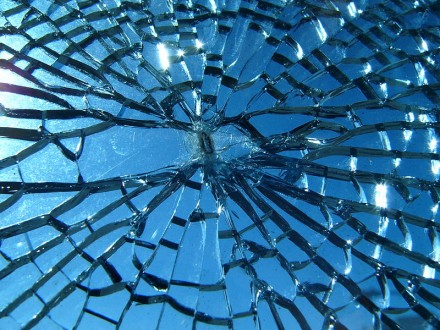