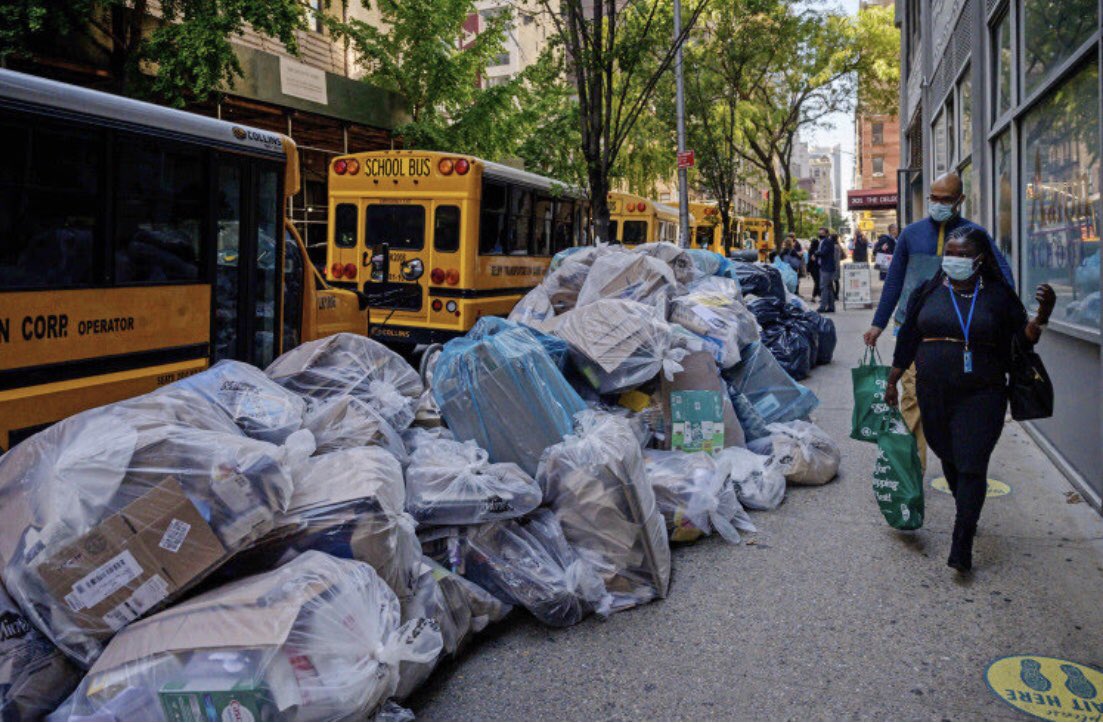 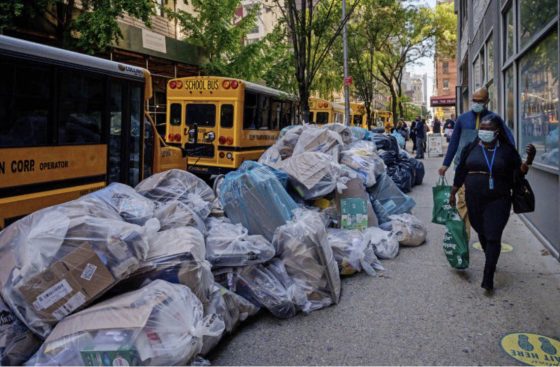 Are we about to witness one of the greatest self-inflicted economic wounds in history?  Vaccine mandate deadlines are starting to arrive, and large numbers of very qualified people are losing their jobs as a result.  Of course this comes at a very bad time, because we are already in the midst of the most epic worker shortage in U.S. history.  Despite the biggest hiring push that I have ever seen in my entire lifetime, businesses all over America are still desperate for workers.  The funny thing is that lots of available workers should theoretically be out there somewhere.  The number of Americans that are currently working is still about five million less than the peak that was hit just before the pandemic arrived.  So where did all of those missing workers go?  That is a question that we desperately need an answer for, because millions of workers seem to have evaporated from the system.  Now the vaccine mandates are going to make things far worse, because millions of Americans that are actually good at their jobs are going to be ruthlessly terminated, and finding replacements for them is going to be exceedingly difficult.

For instance, you can’t just pull guys off the street and have them fly planes.  Very soon, large numbers of pilots will be sent packing on a permanent basis, and pilots for American Airlines gave us a taste of what is coming by engaging in a “sick out” over the weekend…

American Airlines canceled another 634 flights on Sunday, more than 12% of its total operations for the day, the company said Sunday.

The airline has now canceled more than 1,500 flights since Friday, as it deals with weather issues and staffing shortages that started last week.

Of course American Airlines is trying to blame “the weather” for these canceled flights, but everyone knows what is really going on.

And I greatly applaud the pilots for taking a stand.

If these airlines don’t reverse their mandates, pretty soon we will have widespread air travel headaches on a permanent basis in this nation.

In New York City, Friday was the deadline for municipal workers to get vaccinated, and more than 26,000 of them have refused to comply…

Twenty-six percent of municipal employees in New York City were still unvaccinated following a Friday deadline that mandated workers get the COVID-19 vaccine.

A significant jump in vaccinations occurred among city employees due to the deadline, the city said, according to The Associated Press, but more than 26,000 workers have not uploaded proof of their vaccination status and face unpaid leave as a result.

Moving forward, all of the work that those 26,000 workers used to do simply will not get done.

Already, a total of 26 fire companies have had to be completely shut down…

The FDNY shuttered 26 fire companies citywide on Saturday due to staff shortages caused by the COVID-19 vaccination mandate, according to furious elected officials, who ripped the move as “unconscionable” — and warned it could have catastrophic consequences.

So will this cost lives?

In fact, a seven-year-old boy just died in an apartment fire…

A seven-year-old boy died and his grandmother was seriously injured in an apartment fire in New York City as the FDNY deals with staff shortages in response to a vaccine mandate.

Firefighters responded to a 1:30 a.m. call Saturday at a building in Washington Heights, where fire broke out in the building superintendent’s basement apartment. First responders quickly contained and extinguished the fire.

Meanwhile, trash is starting to pile up around the city at a very alarming rate…

Trash bags can be spotted all over the Midwood neighborhood of Brooklyn, where some residents said that it has been days since their trash was last picked up. A few said they realized something was off earlier in the week, as one missed pickup happens, but they started to think there was a problem after the second missed time.

On both residential streets and commercial areas, the trash bags on the sidewalk are piled several feet high in some instances. One resident who has lived in the area for about 40 years said she has never seen the area as dirty as has been the past few days.

So what is the city going to look and smell like in a few months once we get into the early portion of 2022?

The sad thing is that none of this had to happen.

The vaccine mandates are absurd, and they are going to cause enormous problems all over the country.

Countless supply chain workers are going to be pulled out of our supply chains in the coming months, and we are already facing painful shortages from coast to coast…

Supermarket chains are revamping their operations to navigate persistent product shortages, expanding storage space and curbing discounts to make sure they don’t run out.

Companies are planning for shortages of popular brands of food and staples to continue for months and managers are trying to keep up as different products run short from week to week, industry executives said.

A lot of Americans are still expecting these shortages to go away eventually, but Transportation Secretary Pete Buttigieg is now admitting that there will be supply chain problems “as long as the pandemic continues”…

Transport Secretary Pete Buttigieg says the supply chain crisis will continue at least until the COVID-19 pandemic ends amid fears of shortages ahead of the winter holidays.

‘There are definitely going to continue to be issues, especially as long as the pandemic continues,’ Buttigieg told Fox News Sunday. ‘If you have, for example, the third-largest container port in the world in China shutting down because of a COVID outbreak in late summer you’ll feel that in the fall here on the West coast.’

Of course there is no end in sight for the pandemic.  The virus is constantly mutating, and any immunity to it is very temporary.

So just like the common cold and the flu, COVID will be with us indefinitely.

If Biden administration officials want to reverse recent polling trends, they better find a way to address our supply chain issues, because right now their numbers are really dismal.  Here is just one example…

“Americans have lost their confidence in President Joe Biden and their optimism for the country.”

That, according to Chuck Todd, is the top takeaway from a just-released NBC News poll out Sunday. Breaking down the numbers on Meet the Press, Todd pointed to data from the survey that he deemed “shocking.”

“Just 22 percent of adults say [the U.S. is] headed in the right direction,” Todd reported. “A shocking 71 percent say we’re on the wrong track.”

The only surprise from that survey is that there are 22 percent of Americans that are still gullible enough to have a positive outlook.

The Democrats have cooked up a recipe for national suicide, and they are setting the stage for so many of the things that I warned about in my latest book.

If Joe Biden had any sense, he would rescind all nationwide vaccine mandates immediately.

But he isn’t going to do that.

And major cities like New York and Los Angeles are not going to rescind their mandates either.

So “things are not gonna get done” on an absolutely massive scale in 2022, and we will all suffer deeply as a result.