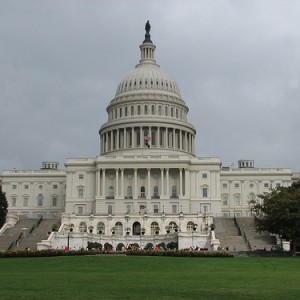 Did you know that insider trading is perfectly legal in the United States?  Well, not for 99.9% of the population.  It is actually only a very small percentage of the population that can legally indulge in insider trading – the members of the United States Congress.  In fact, a law that would ban insider trading by members of Congress has been stalled for years on Capitol Hill.  So why wouldn’t lawmakers in Washington D.C. want to apply the same rules to themselves that apply to the rest of us?  After all, how are we supposed to respect the integrity of those “serving” in Congress when they are playing by an entirely different set of rules?  The American people aren’t stupid.  They can see what is going on.  The truth is that there is a reason why approval ratings for Congress are at an all-time low.

The sad thing is that this issue has gotten very little attention in the mainstream media.  Nobody seems really that upset about it.  But it is a travesty that our lawmakers can legally make trades in the open market based on inside information that they have gained by being in positions of authority.  As the Wall Street Journal recently explained, they can generally make all the money they want off of insider information without any fear of prosecution because “insider-trading laws generally do not apply to lawmakers, leaving them free to trade on nonpublic information.”

But members of the U.S. Congress are generally in a greater position to influence the fortunes of individual companies than almost anyone else.  For example, certain members of the U.S. Congress may know that certain legislation is going to be introduced that would have a dramatic impact on the economic fortunes of a particular industry or corporation.  What would stop those members of Congress from making very profitable trades in the marketplace based on that information?

Nothing.  Nothing at all.

So, is there any evidence that members of Congress have been involved in this sort of activity?

Well, there is at least one study that seems to indicate that members of the U.S. Congress have been much more successful in the stock market than members of the general public….

Of course Congress could stop all of this by simply passing a law that bans insider trading by our lawmakers.

But they refuse to do it.

Instead, it is likely that our “leaders” will continue to make millions of dollars by betting against the U.S. economy and very few people will even raise an objection.

In the upcoming Wall Street sequel, Gordon Gekko makes a statement that seems very appropriate for the world in which we now live….