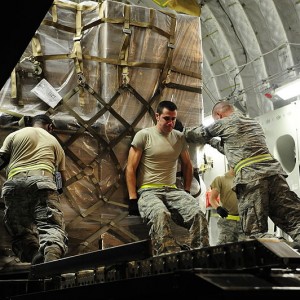 Well, isn’t that convenient?  At the moment when the Obama administration is feeling more heat then ever before, it starts another war.  Suddenly everyone in the mainstream media is talking all about Syria and not about the IRS scandal, Benghazi, NSA snooping or any of the other political scandals that have popped up in recent weeks.  As if on cue, Obama made headlines all over the globe on Thursday by claiming that the Syrian government has used chemical weapons against the rebels “multiple times”, and that the U.S. was now ready to do more to assist the rebels.  That assistance is reportedly going to include “military support” for the rebels and a no-fly zone over at least part of Syria is being discussed.  Without a doubt, these are acts of war, and this conflict is not going to end until Assad has been ousted.  But Assad will not go quietly.  And all it would take is for Assad to fire a couple of missiles at Tel Aviv for a huge regional war to erupt in the Middle East.  And what happens if Russia or China decides to get involved in the conflict in Syria?  Obama is playing with fire, but he has shown again and again that he is willing to do virtually anything if it will benefit him politically.

As far as the Obama administration is concerned, there is no such thing as a coincidence.  The timing of this announcement regarding Syria was not an accident.  If Obama wanted to use chemical weapons as an excuse to go after Syria he could have done it weeks ago, or he could have waited several more months before taking action.  He chose to do it right now for a reason, and hopefully the American people will be able to see right through this.

So exactly what are we going to be doing for the Syrian rebels?  Well, we will definitely be arming them and training them.  And it is probably reasonable to assume that there will be American “advisers” on the ground inside Syria helping to organize the Syrian resistance.  In fact, according to Debka, a large U.S. Marine force has already been deployed to the Jordanian border with Syria.

In addition, according to the Wall Street Journal, U.S. aircraft may be involved in enforcing a no-fly zone inside Syria…

A U.S. military proposal for arming Syrian rebels also calls for a limited no-fly zone inside Syria that would be enforced from Jordanian territory to protect Syrian refugees and rebels who would train there, according to U.S. officials.

Asked by the White House to develop options for Syria, military planners have said that creating an area to train and equip rebel forces would require keeping Syrian aircraft well away from the Jordanian border.

To do that, the military envisages creating a no-fly zone stretching up to 25 miles into Syria which would be enforced using aircraft flown from Jordanian bases and flying inside the kingdom, according to U.S. officials.

No matter how you slice it, the United States is now in a state of war with Syria.  The only question is how “involved” we are going to get.

And several prominent Republicans are already rushing forward to applaud Barack Obama on this latest move.  The following comes from a CBS News report…

Sen. John McCain, R-Ariz., who met with the rebels last month and has been a vocal critic of the president’s Syria policy said in a joint statement with Sen. Lindsey Graham, R-S.C.: “We appreciate the President’s finding that the Assad regime has used chemical weapons on several occasions. We also agree with the President that this fact must affect U.S. policy toward Syria. The President’s red line has been crossed. U.S. credibility is on the line. Now is not the time to merely take the next incremental step. Now is the time for more decisive actions.”

But you know what?  Many of these Syrian rebels have actually pledged allegiance to al-Qaeda.

The whole point of the “war on terror” was to supposedly fight al-Qaeda, but now the U.S. military is allied with them.

Why in the world would we want to help the people who are supposed to be our greatest global enemy?…

A Syrian rebel group’s pledge of allegiance to al-Qaeda’s replacement for Osama bin Laden suggests that the terrorist group’s influence is not waning and that it may take a greater role in the Western-backed fight to topple Syrian President Bashar Assad.

The pledge of allegiance by Syrian Jabhat al Nusra Front chief Abou Mohamad al-Joulani to al-Qaeda leader Sheik Ayman al-Zawahri was coupled with an announcement by the al-Qaeda affiliate in Iraq, the Islamic State of Iraq, that it would work with al Nusra as well.

Lebanese Sheik Omar Bakri, a Salafist who says states must be governed by Muslim religious law, says al-Qaeda has assisted al Nusra for some time.

“They provided them early on with technical, military and financial support , especially when it came to setting up networks of foreign jihadis who were brought into Syria,” Bakri says. “There will certainly be greater coordination between the two groups.”

This group of jihadists has been responsible for car and suicide bombings all over Syria, and they are the ones that have been doing the heaviest fighting on the front lines…

When the group Jabhat al Nusra first claimed responsibility for car and suicide bombings in Damascus that killed dozens last January, many of Syria’s revolutionaries claimed that the organization was a creation of the Syrian government, designed to discredit those who opposed the regime of President Bashar Assad and to hide the regime’s own brutal tactics.

Nearly a year later, however, Jabhat al Nusra, which U.S. officials believe has links to al Qaida, has become essential to the frontline operations of the rebels fighting to topple Assad.

Not only does the group still conduct suicide bombings that have killed hundreds, but they’ve proved to be critical to the rebels’ military advance. In battle after battle across the country, Nusra and similar groups do the heaviest frontline fighting. Groups who call themselves the Free Syrian Army and report to military councils led by defected Syrian army officers move into the captured territory afterward.

The prominence of Nusra in the rebel cause worries U.S. and other Western officials, who say its operations rely on the same people and tactics that fueled al Qaida in Iraq – an assertion that is borne out by interviews with Nusra members in Syria.

These are no “freedom fighters”.  In fact, if these guys take over they will be much worse than Assad.  These “rebels” recently massacred an entire village of Christians, and just two days ago they slaughtered a 14-year-old boy for supposedly insulting Mohammed…

The rebels, according to ABC News’ reconstruction of the Syrian groups’ reports, appear to have whipped Qatta. When they brought him back to where they’d taken him, his head was wrapped by a shirt.

The rebels waited for a crowd to gather; Qatta’s parents were among them. Speaking in classical Arabic, they announced that Qatta had committed blasphemy and that anyone else who dared insult the Prophet Mohammed would share his fate. Then, the shirt still wrapped around the boy’s head, the rebels shot him in the mouth and neck.

Is this really who the U.S. government wants to be allies with?

Are we that stupid?

And guess what?  According to the Los Angeles Times, the Obama administration is considering plans to bring all of the poor “refugees” that are allied with these “rebels” to the United States…

Two years into a civil war that shows no signs of ending, the Obama administration is considering resettling refugees who have fled Syria, part of an international effort that could bring thousands of Syrians to American cities and towns.

A resettlement plan under discussion in Washington and other capitals is aimed at relieving pressure on Middle Eastern countries straining to support 1.6 million refugees, as well as assisting hard-hit Syrian families.

But now we are committed to this conflict thanks to Obama.

There will be no backing down until Assad is gone.

Of course this could create a huge regional war in the Middle East or even eventually lead to World War III, but Obama doesn’t seem to care.

For now, Obama is saving his own skin, and that is the most important thing to him.