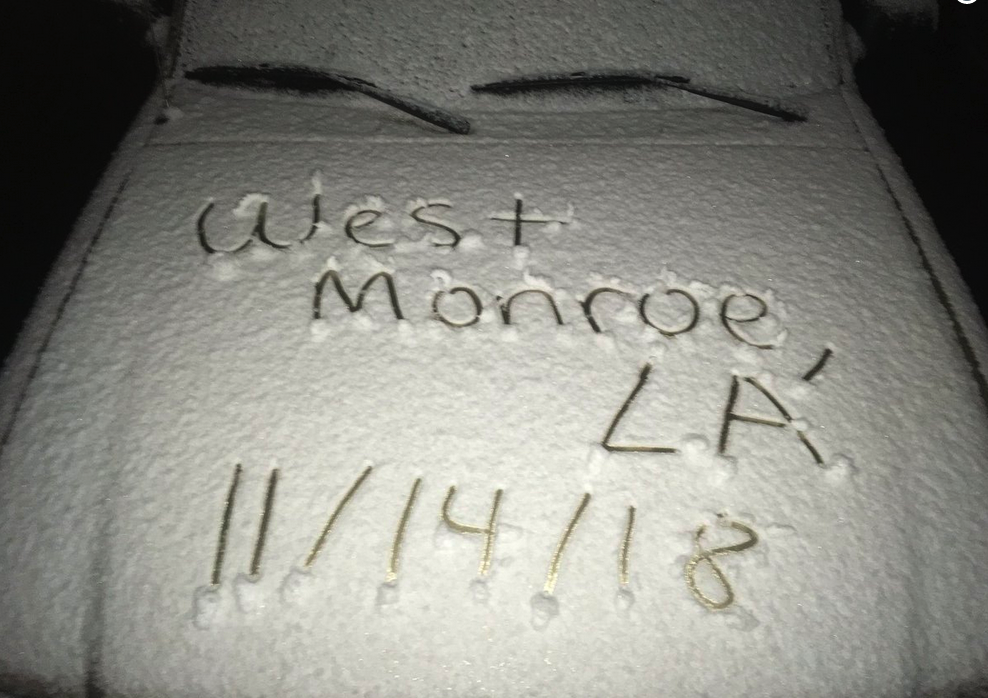 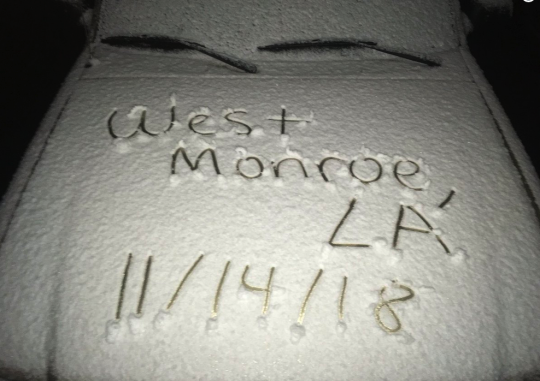 Our sun has been behaving very strangely, and this unusual behavior is really starting to affect our weather patterns.  There have been virtually no sunspots in 2018 as solar activity has dropped to alarmingly low levels.  As a result, our atmosphere has been cooling and shrinking, and experts are warning that we are heading for a bitterly, bitterly cold winter.  And even though the official start of winter is well over a month away, winter weather is already sweeping the nation.  As you will see below, a giant winter storm is about to slam into the east coast, but what is happening in Texas is even more unnerving.  On Wednesday morning, the temperature in San Antonio plummeted to just 23 degrees, and that absolutely shattered the old record…

“This shatters the old record low of 28 degrees set back in 1916,” the National Weather Service tweeted of Wednesday’s weather. Tuesday night just before midnight, the city hit 28 degrees, breaking the previous record of 29 set in 1907, records show.

Typically, November temperatures are significantly warmer. The average high for the month is about 71 degrees and the normal low is 51 degrees. San Antonio’s average low this year has been comparable to other years, but its average high, a cool 66.6 degrees, has been lower than normal.

Over in Houston, things were even stranger.  When Houston residents woke up on Wednesday morning, they were stunned to see snow on the ground…

An incredible sight danced over the cities glistening skyscrapers of Houston this morning and likely caused many to rub their eyes and shake their heads. No, it wasn’t your lying eyes but rather the earliest snowfall ever observed in the city of Houston and surrounding areas.

It’s official, according to the National Weather Service, that Houston has recorded it’s earliest snowfall ever observed — and not just by a day or two but by 10 days! The previous earliest trace snow was November 23rd, 1979.

It isn’t supposed to snow in mid-November in Texas.

Louisiana got snow too.  On Twitter, one resident of West Monroe posted a photo of snow blanketing his vehicle on Wednesday morning, and it quickly went viral.

Something very usual is happening, but the mainstream media doesn’t want to talk about it because it doesn’t fit the narratives that they are pushing.

And all over the eastern half of the country, approximately 80 million people are about to be slammed by a perfect example of our new climate reality…

A winter storm that’s already responsible for 2 deaths will bring a messy mix of snow, sleet and freezing rain to portions of the central and eastern U.S. over the next two days. Power outages, travel headaches and school closings are all likely as the storm strengthens.

Over 80 million people live where some level of a winter storm alert is in effect, all the way from Arkansas to Maine over a distance of about 1,500 miles.

Yes, everyone knew that we were headed toward a solar minimum eventually, but solar activity was not supposed to drop off this much so soon.

This extremely unusual decline in solar activity is causing our atmosphere to rapidly cool down and shrink, and this is greatly alarming climate scientists such as Dr. Tony Philipps…

Scientists say Earth’s atmosphere is about to get hit by some record cold – but it’s not because of anything caused by humans. It’s because of a lack of sunspots which means a major decrease in ultraviolet waves coming in our direction.

Dr. Tony Philipps of SpaceWeatherArchive.com says there have been practically no sunspots in 2018, and that’s causing earth’s upper atmosphere to cool down and even shrink.

Another scientist that is sounding the alarm is Martin Mlynczak of NASA’s Langley Research Center.  According to him, NASA’s Thermosphere Climate Index is now showing a reading that is “10 times smaller than we see during more active phases of the solar cycle”…

The Thermosphere Climate Index (TCI) tells how much heat nitric oxide (NO) molecules are dumping into space. During Solar Maximum, TCI is high (meaning “Hot”); during Solar Minimum, it is low (meaning “Cold”).

“Right now, it is very low indeed … 10 times smaller than we see during more active phases of the solar cycle,” says Mlynczak.

And according to Mlynczak, this decrease in solar activity could result in “a Space Age record for cold”…

“We see a cooling trend,” says Martin Mlynczak of NASA’s Langley Research Center. “High above Earth’s surface, near the edge of space, our atmosphere is losing heat energy. If current trends continue, it could soon set a Space Age record for cold.”

So I hope that you are ready for a very chilly winter.

Across the Atlantic, another expert that is sounding the alarm is Piers Corbyn.  He believes that the lack of solar activity that we are witnessing could rapidly produce another “mini ice age”…

Solar activity and jet stream forecasts suggest a pattern of cold similar to the historic Mini Ice Age which occurred during the mid-17th century.

“What we are looking at is a pattern of circulation similar to that which was observed during the mini ice-age,” Mr Corbyn said.

The Maunder Minimum, also known as the “prolonged sunspot minimum”, is the name used for the period around 1645 to 1715 during which sunspots became exceedingly rare, as was then noted by solar observers.

During that time, farming became much more difficult and horrific famines erupted all over the globe.

If our planet is now entering a similar period, we are going to be in very deep trouble very rapidly.  Today, we barely produce enough food to feed the entire globe, and so a major worldwide climate shift could potentially produce unprecedented chaos on a global scale.

So let us hope that solar activity returns to normal soon, because if it doesn’t, the unthinkable is going to begin to happen.