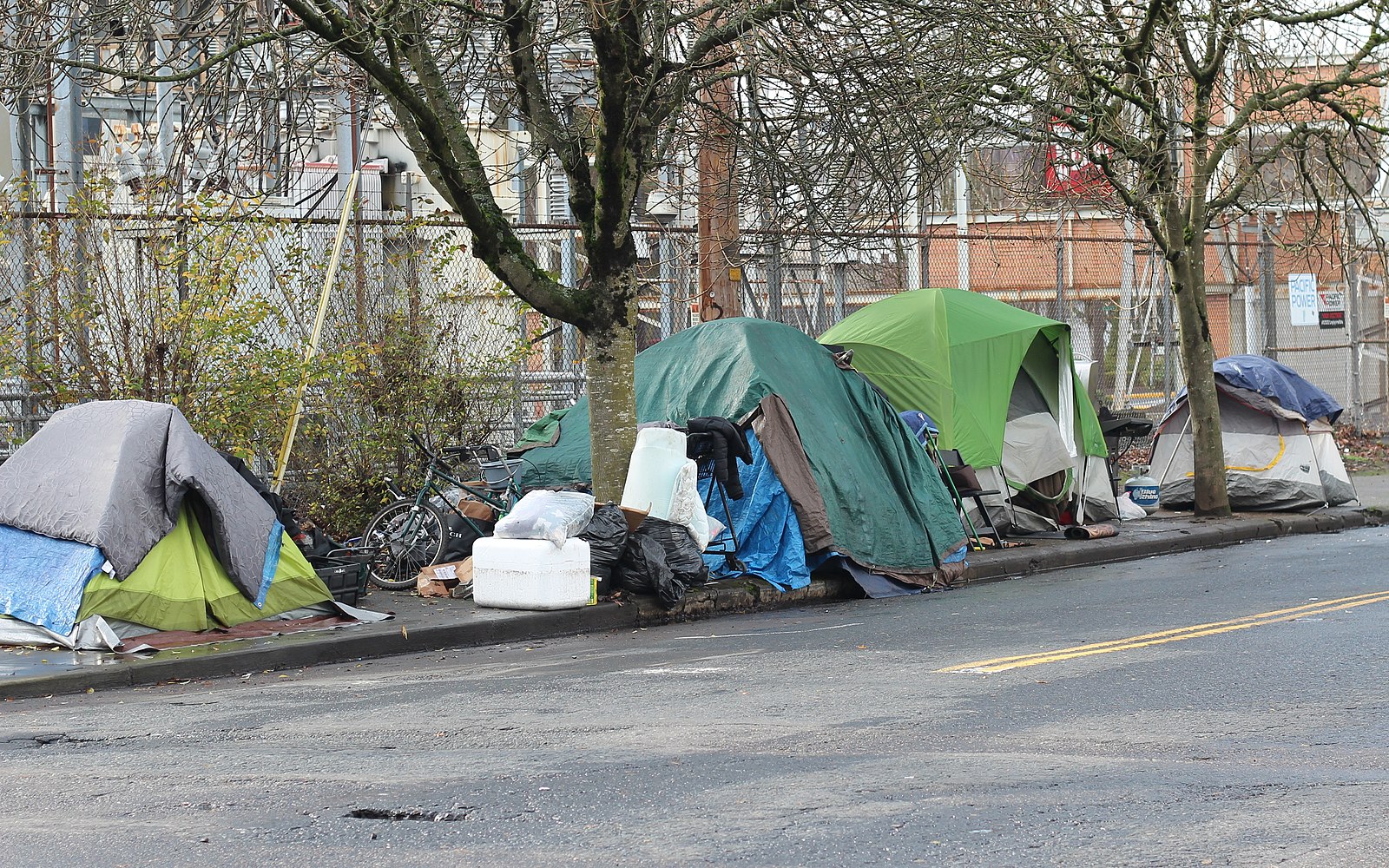 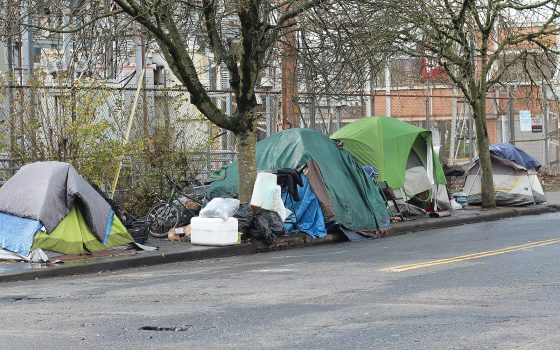 If you live in a major urban area, you may have noticed that “tent cities” are starting to pop up all around you.  The worst inflation crisis in decades has combined with the worst drug crisis that we have ever seen to create an unprecedented homelessness crisis.  Every night, even more Americans join the rapidly growing “unsanctioned encampments” that are taking up more and more real estate in our largest cities.  If things are this bad now, how many of our fellow citizens will be sleeping in the streets when economic conditions are much worse a year or two from today?  We are supposed to be the greatest nation on the planet, but with each passing day even more tent cities are established.  Our system is failing, and the widespread economic suffering that we are witnessing right now is truly difficult to comprehend.

Just look at what is happening in Sacramento.  It is the capital of the California, and tent cities are being established all over the place.

In fact, it is being reported that the number of homeless people in Sacramento has risen by nearly 70 percent just since 2019…

During the pandemic, the unhoused population has soared all over California, but the increase in Sacramento has been particularly stunning.

The region has seen an almost 70% rise in homelessness since 2019, now counting more unhoused people than San Francisco.

Needless to say, absurd housing prices are one of the main reasons why so many people are being forced out into the cold streets…

The primary force behind the dramatic rise, according to the 2022 point-in-time count, is the high cost of housing. The median home price in the county has surpassed $500,000 and the median monthly rent is $2,774, up more than 5% from last year. Some studios downtown rent for $2,000 a month, said Crystal Sanchez, the president of the Sacramento Homeless Union, while thousands of people sleep outside.

Most middle class families can barely afford to pay $2,000 or more for housing each month.

And those that are poor don’t stand a chance.

Conditions are very similar up in Portland, Oregon.  Housing prices have soared to insane levels, and homelessness is spreading like wildfire.

At this point, Mayor Ted Wheeler says that there are “nearly 800 unsanctioned encampments” spread throughout the city…

“Nearly 800 unsanctioned encampments spread out over the 146 square miles of the City of Portland,” Wheeler said. “Something needs to change.”

But many Portlanders have lost faith in city leaders.

In a recent poll conducted by The Oregonian, nearly 75 percent of Portland voters said the city is “on the wrong track.”

At this stage, it has pretty much gotten to a point where you simply cannot avoid the tent cities.

The race for the governorship remains a tossup, with a new poll showing a narrow lead for the Republican candidate in a state that hasn’t elected a Republican governor since 1982.

Republican Christine Drazan leads Democrat Tina Kotek in the race, 44 to 41 per cent, according to a new Nelson Research poll, KOIN reported.

That gives Drazan a 2-point lead in the RealClearPolitics polling average, having narrowly led in every poll this fall.

I thought that we would never see another Republican governor in that state.

Washington D.C. doesn’t have as many “unsanctioned encampments” as Portland does, but the New York Post is reporting that the number of tent cities in the capital of our nation has now grown to 120…

Over a decade ago, I worked in the heart of Washington.

And during my entire time there, I didn’t see a single homeless person living in a tent.

But now tent cities are all over the place.

Of course a rise in crime often comes along with an explosion in homelessness.

In New York City, the rape of a female jogger by a homeless man with 25 prior arrests is making a lot of headlines this week…

Police said the victim was out by Pier 45, near West and Christopher Streets in the West Village, at around 5:30am, when the man, Carl Phanor, 29, grabbed her from behind and choked her until she passed out, the New York Post reports.

Phanor, who has 25 priors and who is wanted for at least two other sex crimes, then removed her clothes, raped her, and then fled the scene on a Citi Bike with her headphones, cell phone and wallet.

The shaken victim was spotted by a fellow jogger, and first responders took her to a nearby hospital.

Sadly, the homeless population just continues to rise in New York City with each passing day.

In fact, the problem has gotten so severe that the National Guard has now been called in to deal with the crisis…

New York City has called in the National Guard to deal with the rising migrant crisis that is overwhelming homeless shelters and facilities as staff are unable to cope with the surge.

National Guard reservists are being deployed to help with day-to-day operations at many shelters, including managing the capacity, distributing food and helping out with staff shortages.

There are over 62,000 people currently living in New York City’s homeless shelters – close to 13,000 of which are migrants, according to the Department of Homeless Services.

Over the next few years, I expect millions of Americans to lose their jobs.

And the truth is that it is already starting to happen.  Just today, we learned that Stripe will be laying off approximately 14 percent of their entire workforce…

Online payments giant Stripe is laying off roughly 14% of its staff, CEO Patrick Collison wrote in a memo to staff Thursday.

In the memo, Collison said the cuts were necessary amid rising inflation, fears of a looming recession, higher interest rates, energy shocks, tighter investment budgets and sparser startup funding. Taken together, these factors signal “that 2022 represents the beginning of a different economic climate,” he said.

Yes, as I detail in my brand new book, a “different economic climate” is definitely ahead of us.

As economic conditions deteriorate, the number of tent cities will grow much larger.

So the cold, hard reality of the matter is that our homelessness crisis is only going to intensify from this point forward.

I know that may be difficult news to hear, but the truth is that these are difficult times.