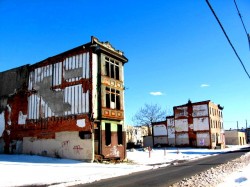 In the United States, it is not just the federal government that has a horrific debt problem.  Today, state and local governments across America are collectively deeper in debt than they ever have been before.  In fact, state and local government debt is now sitting at an all-time high of 22 percent of U.S. GDP.  Once upon a time, municipal bonds (used to fund such things as roads, sewer systems and government buildings) were viewed as incredibly safe investments.  They were considered to have virtually no risk.  But now all of that has changed.  Many analysts are now openly speaking of the possibility of a municipal bond market crash in 2011.  The truth is that dozens upon dozens of city and county governments are teetering on the brink of bankruptcy.  Even the debt of some of our biggest state governments, such as Illinois and California, is essentially considered to be “junk” at this point.  There are literally hundreds of governmental financial implosions happening in slow motion from coast to coast, and up to this point not a lot of people in the mainstream media have been talking about it. (Read More...) 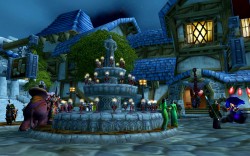 You are not going to believe some of the things that the U.S. government is spending money on.  According to a shocking new report, U.S. taxpayer money is being spent to study World of Warcraft, to study how Americans find love on the Internet, and to study the behavior of male prostitutes in Vietnam.  Not only that, but money from the federal government is also being used to renovate a pizzeria in Iowa and to help a library in Tennessee host video game parties.  These are just some of the examples in a new report on government waste from Senator Tom Coburn entitled “Wastebook 2010“.  Even as tens of millions of American families find themselves suffering through the worst economic downturn in modern history, the U.S. government continues to spend money on some of the craziest and most frivolous things imaginable.  Every single year articles are written and news stories are done about the horrific government waste that is taking place and yet every single year it just keeps getting worse.  So just what in the world is going on here? (Read More...) 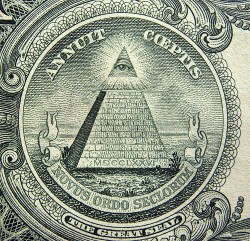 What in the world are they thinking over at the Federal Reserve?  The privately-owned central bank that runs the U.S. economy is now forcing local banks to remove every shred of Christian faith from their establishments.  When Federal Reserve examiners recently visited a local bank in Perkins, Oklahoma they demanded that the bank take down a “Bible verse of the day” and crosses that were displayed on the teller’s counter.  In addition, the agents from the Federal Reserve forced all bank personnel to remove buttons that said “Merry Christmas, God With Us”.  The bank was also ordered to remove a “Bible verse of the day” from the bank’s website.  According to Federal Reserve officials, all visible expressions of Christian faith by bank officials are now banned in all banks across the United States. (Read More...) 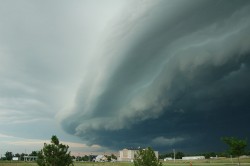 Oil prices are starting to spin out of control once again.  In London, Brent North Sea crude for delivery in February hit 91.89 dollars a barrel on Friday.  New York crude moved above 88 dollars a barrel on Friday.  Many analysts believe that 100 dollar oil is a virtual certainty now.  In fact, many economists are convinced that oil is going to start moving well beyond the 100 dollar mark.  So what happened the last time oil went well above 100 dollars a barrel?  Oh, that’s right, we had a major financial crisis.  Not that subprime mortgages, rampant corruption on Wall Street and out of control debt didn’t play major roles in precipitating the financial crisis as well, but the truth is that most economists have not given the price of oil the proper credit for the role that it played in almost crashing the world economy.  In July 2008, the price of oil hit a record high of over $147 a barrel.  A couple months later all hell broke loose on world financial markets.  The truth is that having the price of oil that high created horrific imbalances in the global economy.  Fortunately the price of oil took a huge nosedive after hitting that record high, and it can be argued that lower oil prices helped stabilize the world economy.  So now that oil prices are on a relentless march upward again, what can we expect this time? (Read More...) 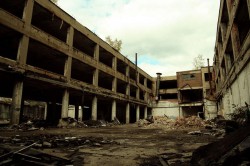 The financial collapse that so many of us have been anticipating is seemingly closer then ever.  Over the past several weeks, there have been a host of ominous signs for the U.S. economy.  Yields on U.S. Treasuries have moved up rapidly and Moody’s is publicly warning that it may have to cut the rating on U.S. government debt soon.  Mortgage rates are also moving up aggressively.  The euro and the U.S. dollar both look incredibly shaky.  Jobs continue to be shipped out of the United States at a blistering pace as our politicians stand by and do nothing.  Confidence in U.S. government debt around the globe continues to decline.  State and local governments that are drowning in debt across the United States are savagely cutting back on even essential social services and are coming up with increasingly “creative” ways of getting more money out of all of us.  Meanwhile, tremor after tremor continues to strike the world financial system.  So does this mean that we have almost reached a tipping point?  Is the world on the verge of a major financial collapse? (Read More...) 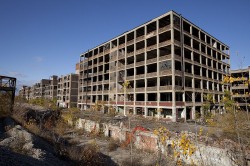 I hope that you enjoy the cheap foreign-made plastic trinkets that you will be exchanging with your family and friends this holiday season, because they are literally destroying the U.S. economy.  As part of the new “one world economy” that both Democrats and Republicans insist is so good for us, millions of good paying middle class jobs have been shipped out of America.  Do you need a job?  Are you wondering where all the good jobs went?  Well, the next time you are out just walk into a store and start looking at the product labels.  Most of the things that are sold in our stores are now made out of the country.  So if you need a good paying job to support your family that is just too bad – you have been merged into a global labor pool where you must compete for jobs with people on the other side of the globe willing to work for less than a tenth of what you usually make.  Welcome to the “one world economy” where big global corporations make a fortune exploiting slave labor on the other side of the world while “overly expensive American workers” get dumped out on the street. (Read More...) 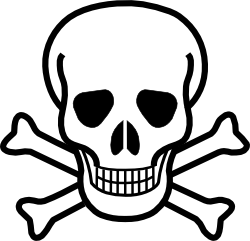 In the United States today, we are all being constantly bombarded by chemicals, poisons and toxins.  Virtually everything that we eat or drink makes us less healthy.  The vast majority of Americans gladly consume aspartame, fluoride, BPA, genetically-modified food, pesticides, high fructose corn syrup, pharmaceutical drugs and toxic vaccines without any concern that those substances may ruin their health.  But the truth is that we are getting sicker and sicker and sicker as a nation.  According to one recent report, the United States has dropped to 49th place in the world in overall life expectancy.  Diseases such as cancer, heart disease and diabetes are absolutely exploding.  So how in the world are we supposed to have a healthy and vibrant economy when virtually everything that we eat and drink is constantly making us sick? (Read More...)