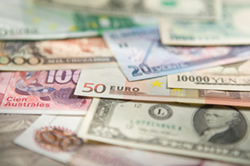 Last year was an absolutely fascinating time for world currency markets.  The yen, the dollar and the euro all took their turns in the spotlight.  Each experienced wild swings at various times, but the overall theme that we saw was that faith in paper currencies is dying.  The biggest reason for this is the horrific sovereign debt crisis that has swept the globe.  The United States, Japan and a whole host of European nations are all drowning in debt.  The U.S. and Japan are both steamrolling toward insolvency, and several European nations would have already defaulted on their debts if they had not been bailed out.  So which of the major currencies of the world is going to crash first?  Will one (or more) of the big currencies fall before the end of 2011?  Once one major currency collapses will the rest start to fall like dominoes?  The truth is that the world has never seen a sovereign debt crisis of this magnitude in all of human history.  Almost the entire globe is drowning in a sea of red ink and it has brought us right to the brink of financial disaster. (Read More...) 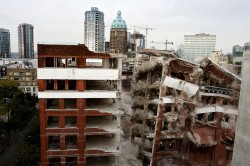 What could cause an economic collapse in 2011? Well, unfortunately there are quite a few “nightmare scenarios” that could plunge the entire globe into another massive financial crisis.  The United States, Japan and most of the nations in Europe are absolutely drowning in debt.  The Federal Reserve continues to play reckless games with the U.S. dollar.  The price of oil is skyrocketing and the global price of food just hit a new record high.  Food riots are already breaking out all over the world.  Meanwhile, the rampant fraud and corruption going on in world financial markets is starting to be exposed and the whole house of cards could come crashing down at any time.  Most Americans have no idea that a horrific economic collapse could happen at literally any time.  There is no way that all of this debt and all of this financial corruption is sustainable.  At some point we are going to reach a moment of “total system failure”. (Read More...) 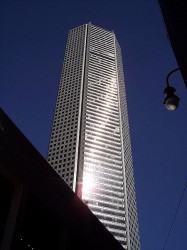 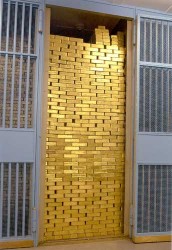 As the global economy became increasingly unstable during 2010, investors all over the world flocked to precious metals such as gold, silver, copper and platinum.  The price of gold set an all-time record high last year, and gold investors were euphoric.  Many analysts are projecting that prices for gold, silver and other precious metals will continue to soar throughout 2011.  But does that mean that everyone should just suddenly jump into gold and silver?  No, it does not.  Precious metals are not for everyone.  Just like any other kind of investing, it is absolutely crucial that you get educated before you get involved.  Investing in precious metals is very different from other kinds of investments.  There are significant hazards and pitfalls to watch out for.  But if you take the time to do it right, investing in precious metals can be very rewarding, and it can potentially be a great way to protect your wealth against the tremendous inflation that is coming in the years ahead. (Read More...) 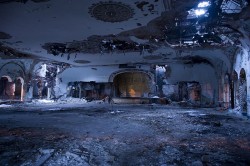 Over the past couple of years, most Americans have shown little concern as austerity measures were imposed on financially troubled nations across Europe.  Even as austerity riots erupted in nations such as Greece and Spain, most Americans were still convinced that nothing like that could ever happen here.  Well, guess what?  Austerity has arrived in America.  At this point, it is not a formal, mandated austerity like we have seen in Europe, but the results are just the same.  Taxes are going up, services are being slashed dramatically, thousands of state and city employees are being laid off, and politicians seem to be endlessly talking about ways to make even deeper budget cuts.  Unfortunately, even with the incredibly severe budget cuts that we have seen already, many state and local governments across the United States are still facing a sea of red ink as far as the eye can see. (Read More...) 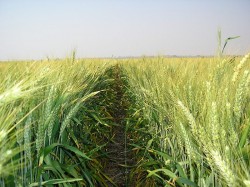 The stunningly violent food riots in Tunisia and Algeria show just how quickly things can change.  Just a few months ago, these two northern Africa nations were considered to be very stable, very peaceful and without any major problems.  But now protesters are openly squaring off with police in the streets.  Many of the protesters are throwing “fire bombs” or are shooting fireworks at the authorities, and the police are responding with a tremendous amount of violence themselves.  In Algeria, several protesters have been killed by police and several others have actually set themselves on fire to protest the economic conditions.  In Tunisia, more than 100 people have been killed and the president of that country actually had to flee for his life.  But on a global scale, food shortages have not even gotten that bad yet.  Yes, food prices are starting to go up and food supplies are a little bit tighter right now, but much worse times than these are coming.  So what in the world are the cities of the world going to look like when we have a very serious food shortage? (Read More...)

Have you noticed that most Americans seem to know far more about American Idol, Dancing with the Stars, Justin Bieber and their favorite sports teams than they do about world affairs?  Most Americans cannot even find Tunisia and Algeria on a map, and if you told them that food riots are happening in those nations right now most of them would not even care anyway.  We have become a very self-centered, self-involved and self-absorbed nation.  Quite a few people have accused this column of being obsessed with “doom and gloom”, but the truth is that the world really is falling apart out there.  What are we supposed to do?  Are we all supposed to stick our heads in the sand and pretend that everything is going to be okay?  Should we all not try to warn others so that they can prepare for what is coming?  Until people understand that we are facing absolutely massive problems they are not going to be motivated to take significant action, and hopefully those of us that are proclaiming “doom and gloom” are doing a good enough job of describing what is really going on out there that some people are starting to wake up and actually make changes. (Read More...)