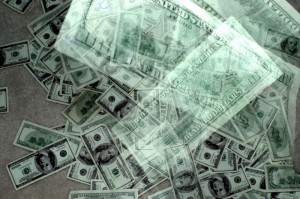 Every year average Americans pay dozens of different types of taxes, and yet many of our politicians are very open about the fact that they want to raise rates even higher and invent even more ways to bleed us all dry.  Someday historians will look back and be absolutely amazed at how stupid we were.  We have the most complicated tax code in all of human history and at this point the federal tax code is more than four times as long as the entire collected works of William Shakespeare.  In many places it is so incomprehensible that nobody actually understands what it means and the entire thing is absolutely riddled with loopholes from the beginning to the end.  Trust me, I used to study this stuff.  Nobody could ever read the entire thing – it is close to four million words long.  But that is just for federal income taxes.  We have a number of other taxes taken out of our paychecks such as state income taxes, Social Security taxes and Medicare taxes.  Sadly, the taxes taken out of your paycheck are only just the beginning.  As I will detail below, there are more than 40 other taxes that average Americans pay each year in addition to the taxes that are taken out of our paychecks.  Our politicians love to find ways that they can “raise revenue” without us feeling it.  Most people just focus on income tax rates and they forget about the dozens of other ways that they are bleeding us dry.  It really is kind of like “death by a thousand cuts”, and of course the middle class gets hit the hardest.  The poor are exempt from many taxes, the ultra-wealthy are masters at cheating the system and avoiding taxes, and so the most pain is always felt by those in the middle.  Hard working middle class families and small businesses all over America are being financially raped by this insidious system.  If you know of anyone out there that believes that taxes are “too low”, please show this article to them.

Just counting federal, state and local income taxes, some Americans will be paying marginal tax rates of over 50 percent in 2013.  But like I said, there are a lot of other taxes we pay than just those.

The following are 44 more taxes that at least some average Americans are paying now or will be paying soon other than federal, state and local income taxes…

Sadly, this list is far from complete.  There are many more forms of taxation that could be included.

When you account for all forms of taxation, there are some Americans that “play by the rules” that are sending more than half of their incomes to the government.

This is why “tax avoidance” has become a multi-billion dollar industry in the United States.  People are sick and tired of being drained dry by a system that is way too complicated and way too unfair.

Posted below are 30 reasons why the U.S. tax system is stupid.  Some of these facts I have discussed before, and some of them are new.  You might want to be sitting down while you are reading this, because this list is likely to make many of you very angry…

1. Thanks to Proposition 30, many high income residents of California will be paying marginal income tax rates of 51.9% in 2013 if the fiscal cliff is not avoided.  Keep in mind that the 51.9% figure only includes federal and state income taxes.  It does not count any of the dozens of other taxes that we pay each year.

2. If a fiscal cliff deal is not reached, many residents of New York and Hawaii will also be paying marginal income tax rates of more than 50 percent.

3. If Americans fully funded the government through their taxes without any borrowing, the average American would have to work for 197 days just to meet the expenses incurred by government.

4. The U.S. tax code is now 3.8 million words long.  If you took all of William Shakespeare’s works and collected them together, the entire collection would only be about 900,000 words long.

5. According to the National Taxpayers Union, U.S. taxpayers spend more than 7.6 billion hours complying with federal tax requirements each year.  Imagine what our society would look like if all of that time was spent on more economically profitable activities.

7. There have been 4,428 changes to the tax code over the last decade.  It is incredibly costly to change tax software, tax manuals and tax instruction booklets for all of those changes.

8. According to the National Taxpayers Union, the IRS currently has 1,999 different publications, forms, and instruction sheets that you can download from the IRS website.

9. Our tax system has become so complicated that it is almost impossible to file your taxes correctly.  For example, back in 1998 Money Magazine had 46 different tax professionals complete a tax return for a hypothetical household.  All 46 of them came up with a different result.

10. In 2009, PC World had five of the most popular tax preparation software websites prepare a tax return for a hypothetical household.  All five of them came up with a different result.

12. According to The Tax Foundation, the average American has to work until April 17th just to pay federal, state, and local taxes.  Back in 1900, “Tax Freedom Day” came on January 22nd.

13. When the U.S. government first implemented a personal income tax back in 1913, the vast majority of the population paid a rate of just 1 percent, and the highest marginal tax rate was just 7 percent.

15. The United States is the only nation on the planet that tries to tax citizens on what they earn in foreign countries.

17. Warren Buffett had an effective federal income tax rate of just 17.4 percent for 2010.

19. Sadly, as Bill Whittle has shown, you could take every single penny that every American earns above $250,000 and it would only fund about 38 percent of the federal budget.

21. Some tax havens are doing a booming business in setting up sham headquarters for U.S. corporations.  For example, the city of Zug, Switzerland only has a population of 26,000 people but it is the headquarters for 30,000 companies.

23. In a previous article, I discussed how many of our largest corporations make huge profits and yet pay less than nothing in taxes….

25. If Bill Gates gave every single penny of his entire fortune to the U.S. government, it would only cover the U.S. budget deficit for 15 days.

26. The number of traffic accidents spikes each year right around April 15th.  The following is from a recent Bloomberg article….

27. The elite are not stupid.  They are not just going to sit there and let our politicians tax them into oblivion.  In fact, many of them will openly cheat if that is what it takes to avoid taxes.  Most of them have become masters at avoiding taxes or they have hired people that do that kind of work for them.  According to the IMF, the global elite are holding a total of 18 trillion dollars in offshore banking havens such as the Cayman Islands.

28. It has been reported that 80 percent of all international banking transactions involve offshore banks.  A whopping 1.4 trillion dollars is being held in offshore banks in the Cayman Islands alone.

29. An article that appeared in the Guardian estimated that a third of all the wealth on the entire planet is being kept in offshore banks.  One of the primary reasons for this is tax avoidance.

30. If a deal is not reached and the “fiscal cliff” is not avoided, the average American taxpayer can expect to pay about $3,500 more in taxes next year.

Clearly, the tax system that we are using right now is not working.

The big corporations and the ultra-wealthy have mastered the art of moving money offshore and using loopholes to make their tax burdens as low as possible.

So our politicians just keep finding more ways to squeeze more money out of the middle class and small businesses in order to make up the difference.

If you are a middle class American and you don’t think that you are paying enough taxes already then you are one sick puppy.

They are draining blood from us in dozens of different ways, and they are constantly inventing new ways to tax all of us.

Our government could easily be funded by tariffs and other forms of taxation that are more equitable.  There were vast stretches of American history when there was no federal income tax, and the federal government did just fine.

And of course one of our biggest problems is that the federal government simply spends way, way too much money.  There is not a single category of government spending that does not need to be reduced and/or made much more efficient.  The amount of waste that goes on in Washington D.C. is absolutely mind boggling.

Unfortunately, both political parties seem content to be married to the current system so I would not expect any significant changes any time soon.

So what do you think about all this?

Please leave a comment below with your thoughts, and please share this article with as many people as you can. 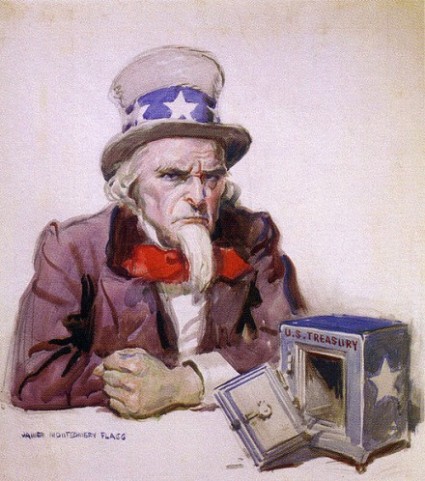