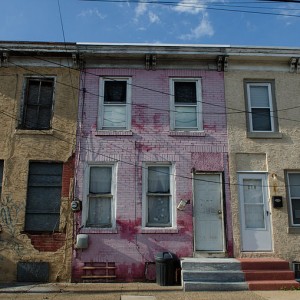 All over America, formerly prosperous communities are being transformed into crime-infested wastelands of poverty and despair.  Of course the most famous example of this is Detroit.  At one time, Detroit was the greatest manufacturing city that the world had ever seen and it had the highest per capita income in the entire country.  But now it has become a rotting, decaying hellhole that the rest of the planet laughs at.  And of course Detroit is far from alone.  There are hundreds of other U.S. cities that are suffering a similar fate.  In this article, the focus is going to be on Camden, New Jersey, but the truth is that there are lots of other “Detroits” and “Camdens” all over the nation.  Jobs and businesses are leaving our cities at a staggering rate, and what is being left behind is poverty, crime and extreme desperation.

Earlier this month, Rolling Stone published an article that took a hard look at the nightmare conditions that exist in Camden.  A city that once made Campbell’s soup and some of this nation’s most famous warships is now a national disgrace.  The following are six of the best quotes out of that article…

-“In September, its last supermarket closed, and the city has been declared a “food desert” by the USDA. The place is literally dying, its population having plummeted from above 120,000 in the Fifties to less than 80,000 today.”

-“Their home is a city with thousands of abandoned houses but no money to demolish them, leaving whole blocks full of Ninth Ward-style wreckage to gather waste and rats.”

-“With legal business mostly gone, illegal business took hold. Those hundreds of industries have been replaced by about 175 open-air drug markets, through which some quarter of a billion dollars in dope moves every year.”

-“On January 18th, 2011, the city laid off 168 of its 368 police officers, kicking off a dramatic, years-long, cops-versus-locals, house-to-house battle over a few square miles of North American territory that should have been national news, but has not been, likely because it took place in an isolated black and Hispanic ghost town.”

-“The carnage left Camden’s crime rate on par with places like Haiti after its 2010 earthquake, and with other infamous Third World hot spots, as police officials later noticed to their dismay when they studied U.N. statistics.”

You can read the rest of the article right here.  But as bad as things have become in Camden, this should not be a surprise to most of you.  The reality is that this kind of rot and decay is happening in communities all over the United States.

Over in Detroit, crime has gotten so bad that even the police are telling people to “enter Detroit at your own risk“.  When you call the police in Detroit it takes them an average of 58 minutes to respond, and more than 90 percent of the crimes committed in the city end up as unsolved mysteries.

At this point, 60 percent of all children in Detroit are living in poverty, and there are approximately 78,000 abandoned homes in the city.

For much more on all this, check out the statistics in this article, and you can find some great photos of the “ruins of Detroit” right here.

Well, there are lots of factors involved of course, but the biggest one is the lack of good jobs in these cities.

At one time, Detroit had the largest and most prosperous middle class in the entire nation.  But now those days are long gone.

There is no way around that.

And right now, hordes of young people are graduating from college and discovering that the middle class jobs that they were promised simply are not there.

Bobby Bingham works four jobs in Kansas City, Missouri, yet he has very little to show for it.

Bingham is 37 years old and has a college degree, but like many Americans, is stuck working many hours in low wage, part-time jobs.

Each week, he works a total of about 60 hours in his jobs as a massage therapist, a waiter at a Mexican restaurant, a delivery man for sandwich chain Jimmy John’s and a receptionist at his massage school.

Bingham makes approximately $400 a week, which works out to about $20,000 a year.  He has come to the conclusion that he may never be able to make enough to support a family…

“I’ve come to the point in my life where I wonder if I can ever support a family,” he said. “I have no idea how that’s ever going to logically happen.”

That deeply saddened my heart when I read that.  Here is a young man that wants to get married, have a family and do all the right things, but the economy is so bad that he fears that this may never be possible for him.

As I have written about previously, the economic downturn that we are experiencing right now has hit men particularly hard.  The number of men in their prime working years that do not make enough money to support a family is rising with each passing year, and this is causing massive problems in this country.

And when our politicians proclaim that all we need is “more education”, I feel like vomiting.  The U.S. population as a whole has more “education” today than it ever has had before.

If you think that “more education” is the answer, then check out the following excerpt from a recent interview with a law school graduate that is making about $40,000 a year and that has about $200,000 in law school debt…

Yes, it’s extremely hard to get by. I can’t afford rent or a car and can barely afford food. Anything extra like enjoying myself with friends, going to a movie, traveling, etc. — that’s all out the window for the foreseeable future and possibly for the rest of my life thanks to law school. I live with my parents. I don’t have a car. I don’t go out to socialize. I don’t date. I don’t buy new clothes. I don’t buy electronics. I don’t buy much of anything. I spend my free time working other jobs to put more money toward my debt. I do contract work for other lawyers, but the pay is very low and payment is sporadic.

Why did this happen to him?  Well, the truth is that there are way, way too many law school graduates.  There are not nearly enough good jobs for all of them.  In fact, this particular law school graduate deeply regrets ever going to law school and considers it “an extraordinary waste of money”…

I consider law school a waste of my life and an extraordinary waste of money. I feel like I was duped and tricked. At the end of the day, it’s my own fault for being a sucker and I learned an extremely hard lesson. Because I went to law school, I don’t see myself having a family, earning a comfortable wage, or having an enjoyable lifestyle.

Over the past decade, tens of thousands of businesses and millions of good jobs have left this country.  The quality of the jobs that remain continues to decline at a frightening pace, and most of the new jobs that are being “created” these days are part-time jobs.

The middle class is dying.

And even as millions of our jobs have been shipped to the other side of the planet, some of the most prominent “American companies” have been bought up by foreigners.  The following list comes from a recent Economy In Crisis article…

Here are some of America’s most famous brands currently held in foreign hands:

Our economic infrastructure is being absolutely gutted and more than 46 million Americans are now living in poverty.

And if you are waiting for the jokers in Washington D.C. to fix things, you are going to be waiting for a very, very long time.

Over the past several years, both the Democrats and the Republicans have proven again and again that they are basically completely and totally useless.  In fact, just about everything that they try to do actually makes our problems even worse.

In just a few days, Barack Obama leaves for a 17 day holiday vacation in Hawaii.  Many have criticized him and the members of Congress for taking so much time off, but perhaps that is the best thing that they can do at this point.  As long as they are away from Washington D.C., at least they won’t be making things even worse for all the rest of us.