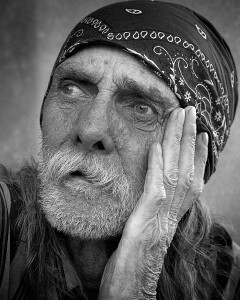 America is becoming a very cold place.  If you don’t have money, you don’t really matter much in our society.  The ads on television aren’t for you – they are directed at people that actually have good jobs and that can afford to buy the nice little “extras” in life.  The politicians aren’t really interested in you either – they figure that they can buy your vote with all of the money that they are getting from the wealthy people.  When you don’t have money, even friends and relatives start to distance themselves from you.  Perhaps they are afraid that you will ask them for money or perhaps they are afraid that your “failure” will start to rub off on them.  When people know that you are struggling for money, the barriers immediately go up.  In the United States today, there are tens of millions of people that have been forsaken and forgotten.  They mostly stay at home (if they still have a home), and for most of them quiet desperation has become a way of life.  You won’t ever read much about them or see them appear much on television because nobody really cares too much about them.  As far as society is concerned, there are just way too many of them and they are a problem that “the government” should be able to handle anyway.  Sadly, the truth is that many communities all across America want absolutely nothing to do with those that can’t take care of themselves.  All over the country cities are passing laws making it illegal to feed the homeless, and in other instances cities are actually making it illegal to be homeless.  Unfortunately, this problem is not going away.  In fact, the number of Americans living in poverty increases with each passing day.  So where do we go from here?

These days, a lot of formerly middle class Americans are down on their luck and can’t even afford to buy enough food.  The following is from a recent Yahoo article….

Cheryl Preston knows that others are worse off. But she’s still hungry.

As grocery prices creep higher and her income sags, rationing her family’s food is a daily task. The 54-year-old mother of three and grandmother of three in Roanoke, Va., says there are days she skips meals so her husband and son can eat. If they notice, she says, she’ll let them think she’s fasting. She waters down the milk and juice to make it last longer. She visits food pantries, but it’s not enough.

Have you ever had to skip meals because you simply could not afford to buy enough food?

Have you ever wondered how you were going to make it to the next paycheck?

When you look into the eyes of your hungry children and you realize that your best efforts have not been good enough to provide what they need it can be absolutely soul crushing.

And when you have lost everything it quickly becomes apparent that most people in society simply do not care about you.

About a third of the country is already on some form of welfare.  Another family falling out of the middle class and into poverty is not going to cause anyone to sit up and take notice.

The middle class in America is being absolutely shredded.  In a recent article I wrote entitled “84 Statistics That Prove That The Decline Of The Middle Class Is Real And That It Is Getting Worse” I detailed this very clearly.  But most Americans don’t think about this very much because they are just focused on what is going on in their own little worlds.  If they still have their jobs and if their family and friends are still doing okay then they are likely to believe that everything is just fine.

But everything is not fine.

According to the Pew Research Center, 61 percent of all Americans were “middle income” back in 1971.

Today, only 51 percent of all Americans are “middle income”.

Those that are just entering the job market understand very clearly that there are not enough good jobs.

Of the recent college graduates that have been fortunate enough to actually get a job, about half of them have taken jobs that do not even require a college degree.

But at least if you have a job, even if it is really crappy, you still matter in this economy.

Many of those that are not working at all have been completely forsaken and forgotten.

Over the past year, approximately 1.3 million Americans have seen their extended unemployment benefits end.  Most of them are considered to have “dropped out of the labor force” even though they aren’t working, they don’t have any income coming in and they are very desperate.  They are told to go “get a job” in an economy that does not produce enough jobs for everyone.  The music stopped playing and they were left without a seat and nobody really cares too much.

But if you live in the good areas of New York City, Boston, Washington D.C., Los Angeles, San Francisco or Seattle this article might seem like complete nonsense to you.  After all, corporate profits are at an all-time high and the stores and malls where you live are packed with people.  Everyone around you is driving new cars, wearing designer clothes and using the latest tech gadgets.

But it is not like that everywhere in America.

There are two Americas today.  One is swimming in money and is seemingly more prosperous than ever.

The other America is a complete and total economic nightmare.

Just check out the percentage of blighted properties in some of America’s most run down cities….

But those that are paying millions of dollars for dinky little apartments in New York City may be wondering what all the fuss is about.

Well, in the forgotten areas of America “despair” is what people experience on a good day.  Unemployment and government dependence are a way of life, and alcohol and drugs are used to dull the pain.  The following is from a recent article by Chris Hedges.  It describes what life is like in the little town of Gary, West Virginia….

There are hundreds of small towns all over America today just like Gary that have been forsaken by society.  Most people in those towns are just “existing” and gave up all hope of a better life long ago.

Some of these stories are being told in a new documentary film called “American Winter”.  You can view the trailer for the film right here.  It is a very powerful 5 minutes and 41 seconds.

Sadly, the truth is that there really does not need to be so much suffering in America.

Did you know that Americans waste 165 billion dollars worth of food each year?

That could sure feed a lot of hungry people.

And the overwhelming greed that we see in society today is absolutely astounding.

For example, Yahoo recently profiled a hoarder who packed her home with $500,000 worth of “stuff” that she could not resist buying….

There are shoe closets, and then there are shoe rooms. Monte, a retired teacher in her fifties, had scattered $20,000 worth of footwear throughout six rooms in her home. Some were organized by color, but most lay in mountainous piles of clutter in her 4,000 square foot home outside Tulsa, Oklahoma.

Over a period of 10 years, she’d spent over $500,000 on clothing, accessories and home furnishings, all of which lay strewn across her kitchen, entryway and bedrooms, tags intact.

But far worse are the “Rich Kids of Instagram“.  It has apparently become trendy for wealthy kids to take pictures of themselves enjoying their outrageous wealth.  It truly is disgusting.

Meanwhile, most American families are really struggling to get by.  In fact, 77 percent of all Americans live paycheck to paycheck at least some of the time.

And jobless claims are rising again.  We are on the verge of another major economic crisis and that means that millions more Americans are going to lose their jobs and their homes.

If you think that things are bad now, just wait, because things are about to get a whole lot worse.

Don’t be afraid to reach out and help those that are hurting.  When things are the darkest, that is when heroes are needed the most. 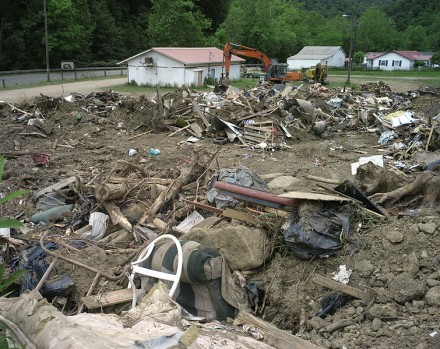