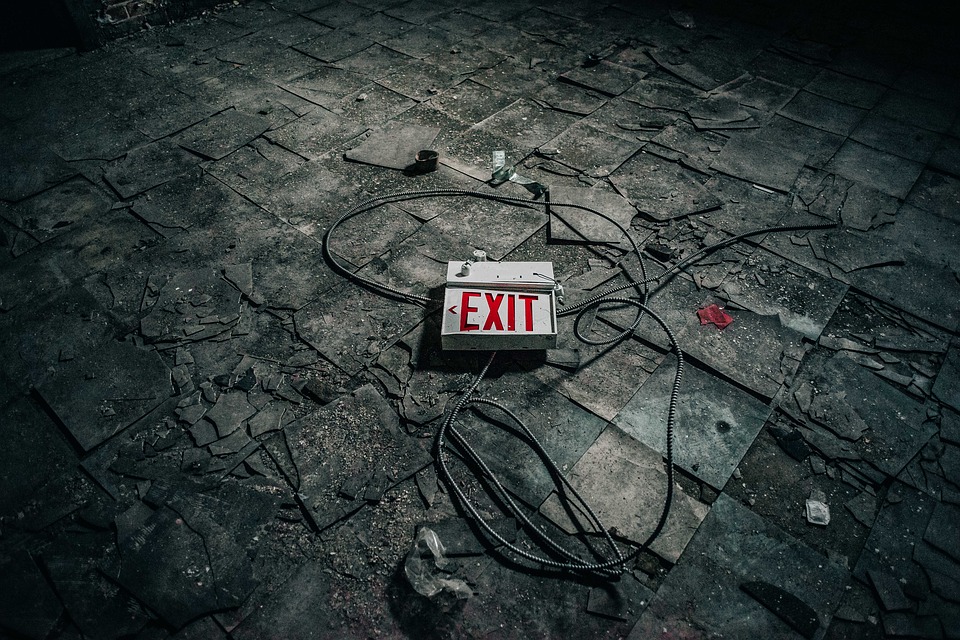 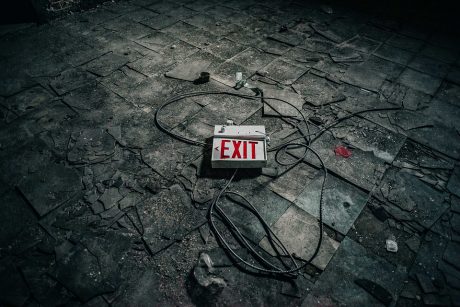 Stock prices just keep on falling, and many analysts are now wondering if a full-blown stock market crash is in our near future.  On Thursday, the S&P 500 and the Dow both closed at 2 month lows after Donald Trump dropped “the mother of all bombs” in Afghanistan.  It was the first time that one of these bombs has ever been used in live combat, and it is being reported that each of these bombs weighs 22,000 pounds and costs 16 million dollars to make.  Of course Trump was trying to send a very clear message to the rest of the world by dropping this bomb, and investors interpreted it as a sign that we are getting even closer to war.

The financial markets will be closed on Friday for the long holiday weekend, and with so much uncertainty about what may happen in Syria and in North Korea, many investors wanted to get their money out of the market while they still could.  The historic losing streak for S&P 500 tech stocks extended to 10 days in a row on Thursday, and all of the major stock indexes are now below their 50 day moving averages for the first time since the election.

And the VIX closed above 16 to close the week, which many analysts saw as a sign that more market volatility is on the way…

The fear index on Thursday hit 16.22, its highest since Nov. 10, after closing above its 200-day moving average on Monday for the first time since Nov. 8.

“The VIX confirmed a breakout above its 200-day moving average [Tuesday], supporting a pickup in volatility in the days ahead,” BTIG’s chief technical strategist, Katie Stockton, said in a Wednesday note.

On Tuesday, I wrote about how geopolitical instability is causing many investors to seek out safe havens such as gold and silver, and that trend continued on Thursday.  As I write this, the price of gold is sitting at $1289.20, and the price of silver is up to $18.50.  Of course if the French election goes badly for the globalists or we see a full-blown shooting war erupt in either Syria or North Korea, those prices will go far, far higher.

For quite a while I have been very strongly warning that these ridiculously inflated stock prices were not sustainable.  It was inevitable that they would start to decline, because the underlying economic numbers simply did not support them.

And just today we got some more bad news.  According to Zero Hedge, the mortgage business at one of America’s biggest banks has been absolutely crashing…

When we reported Wells Fargo’s Q4 earnings back in January, we drew readers’ attention to one specific line of business, the one we dubbed the bank’s “bread and butter“, namely mortgage lending, and which as we then reported was “the biggest alarm” because “as a result of rising rates, Wells’ residential mortgage applications and pipelines both tumbled, specifically in Q4 Wells’ mortgage applications plunged by $25bn from the prior quarter to $75bn, while the mortgage origination pipeline plunged by nearly half to just $30 billion, and just shy of all time lows recorded in late 2013 and 2014.”

Fast forward one quarter when what was already a troubling situation, just got as bad as it has been since the financial crisis for America’s largest mortgage lender, because buried deep in its presentation accompanying otherwise unremarkable Q1 results (EPS small beat, revenue small miss), Wells just reported that its ‘bread and butter’ is virtually gone, and in Q1 the amount of all-important Mortgage Applications has tumbled by a whopping 23% to just $59 billion, below the lows hit in early 2014, and at fresh lows since the financial crisis.

Unfortunately, what is going on at Wells Fargo is just part of an enormous “loan collapse” that we are witnessing all over the nation.

This is exactly what we would expect to see if a new recession was beginning.  When economic conditions show down, banks and other lending institutions begin to get tighter with their money, and a tightening of credit causes economic activity to slow down even further.

It can be exceedingly difficult to break out of such a cycle once it starts.

But the mainstream media doesn’t seem to understand these things.  Instead, they are pointing the blame at other sources for the emerging economic slowdown.  For example, consider the following excerpt from a CNN article entitled “Americans have become lazy and it’s hurting the economy”…

They don’t start businesses as much as they once did. They don’t move as often as they used to. And they live in neighborhoods that are about as segregated as they were in the 1960s.

All of this is causing the U.S. to stagnate economically and politically, Cowen says in his new book: “The Complacent Class: The Self-Defeating Quest for the American Dream.” Growth is far slower than it was in the 1960s, 70s and 80s and productivity growth is way down, despite everyone claiming they are working so hard.

No, our economic problems are not the result of Americans being too lazy.

For decades we have been living way above our means.  We have been able to do this by stealing trillions upon trillions of dollars from future generations of Americans, and now a day of reckoning is rapidly approaching.

Unfortunately for Donald Trump, he just happens to be the president at this moment in history, and so much of the blame for what is about to happen will be pinned on him.  The following comes from a recent interview with Peter Schiff…

Trump doesn’t want to preside over a major decline in our standard of living, but ultimately that has to happen. Because this is the consequence of all this excess consumption that went on before he was president. You know, we sacrificed our future to indulge our past. The future is now the present. We’re here, and it’s time to pay the piper.

For decades we have just kept sacrificing the future in order to inflate our current standard of living.

But the funny thing about the future is that it always arrives at some point, and now we are going to pay an enormously high price for being so exceedingly reckless all these years.