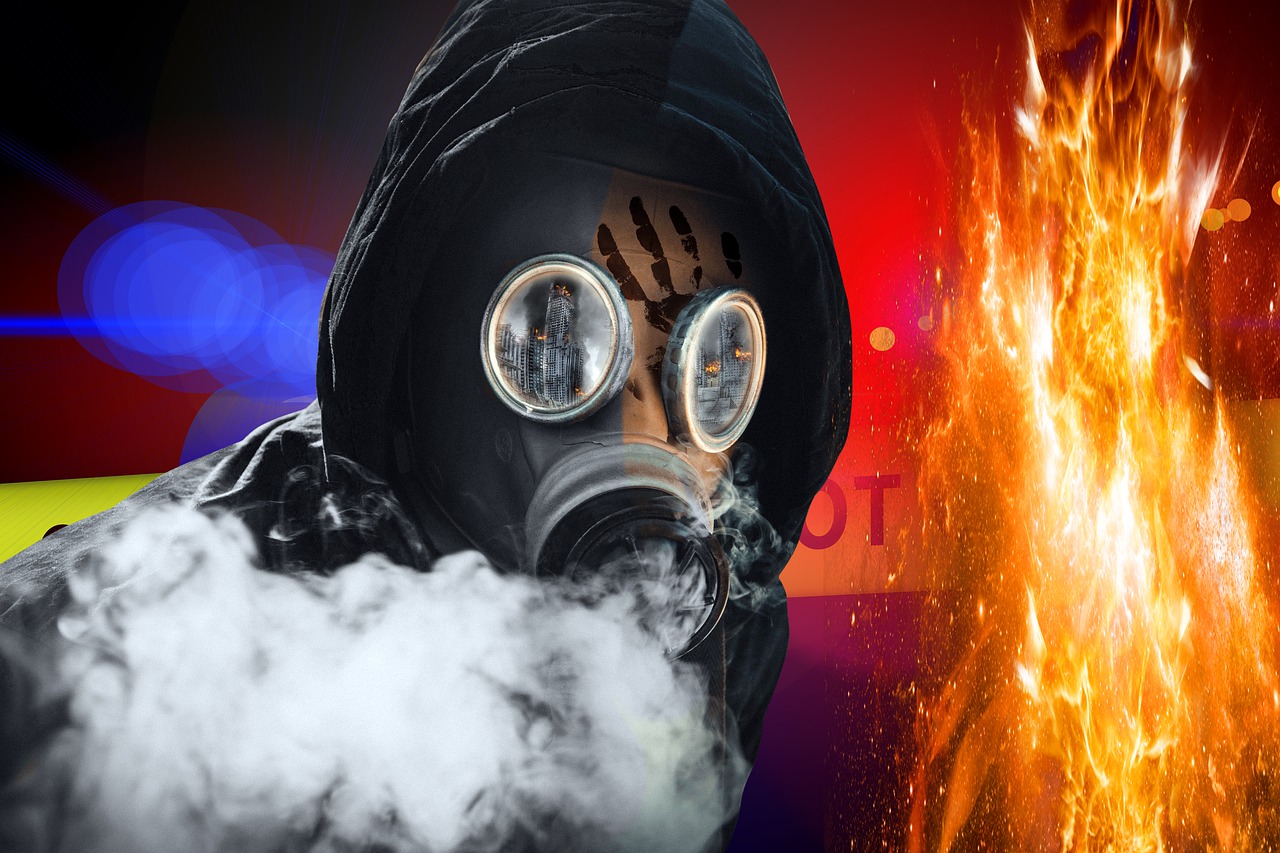 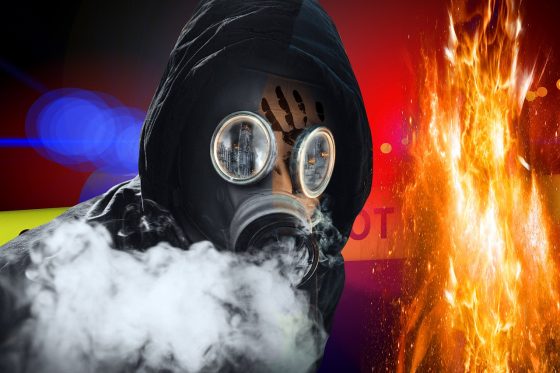 Our civilization is crumbling right in front of our eyes.  We have become accustomed to soaring murder rates, mass shootings, extreme degeneracy throughout the entire entertainment industry, violent rioting in our streets and severe corruption on all levels of government.  To a certain extent, a lot of these things seem “normal” to many of us at this point.  But the truth is that what we are experiencing is not even close to “normal”.  We are literally watching our entire society slowly but surely go down the tubes, and it is heartbreaking to watch.

If you think that I am being overly dramatic, just consider what happened in northern California on Saturday night.  A mob of more than 80 thieves wearing ski masks and armed with crowbars suddenly descended upon a Nordstrom store, and they ransacked the entire place in just minutes…

More than 80 people stormed and robbed a Nordstrom in California on Saturday night, according to a police report from the Walnut Creek Police Department.

The robbery was over within minutes as thieves armed with crowbars and wearing ski masks streamed out of the Nordstrom into the dozens of cars lining the block.

Needless to say, Nordstrom workers were caught entirely off guard, and several individuals received injuries during the melee…

During the theft, two Nordstrom workers were punched and kicked, while another was sprayed with pepper spray. All three individuals were treated for their injuries on scene.

This sort of “organized crime” is becoming increasingly common, but the size and scale of this particular attack was particularly alarming.

#Breaking About 25 cars just blocked the street and rushed into the Walnut Creek Nordstrom making off with goods before getting in cars snd speeding away. At least two people arrested at gunpoint. pic.twitter.com/AG3R94M9L3

This happened in one of the most prosperous areas of northern California, and one eyewitness described it as “like a scene out of a movie”…

Brett Barrette is one of the managers of P.F. Chang’s restaurant across from the Nordstrom store. He watched as the bedlam unfolded.

“I probably saw 50-80 people in like ski masks with crowbars, a bunch of weapons,” he said. “They were looting the Nordstrom.”

“There was a mob of people,” he continued. “The police were flying in. It was like a scene out of a movie. It was insane.”

Meanwhile, the Louis Vuitton store in San Francisco was also hit by organized looters this weekend.

The Louis Vuitton in San Francisco union square just got emptied out 😳 pic.twitter.com/Imi6qbL0i1

Many of the looters got away, but police were able to nail a few of them.

Even though this sort of thing is taking place so frequently now, I am still shocked whenever I see these sorts of videos.  For even more examples, please see my recent article entitled “In Some Parts Of America, Looting Has Become A Way Of Life”.

Over in Portland, approximately 150 rioters started fires and smashed things up following the Kyle Rittenhouse verdict.  At one point, about a dozen police officers were forced back into a garage by an extremely unruly mob…

Video captured the moment protesters in Portland cornered police in a garage during riots over the Kyle Rittenhouse verdict.

The footage shows a crowd of angry protesters aggressively yelling at the police dressed in full riot gear. The group of nearly a dozen officers are seen backing up into a garage.

The door of the garage slowly closes as the protesters continue to confront the police, with one demonstrator even trying to push open the garage door.

Way too often, the bad guys are starting to get the upper hand in situations like this.

And I think that does not bode well for the troubled times ahead.

For years, I have been warning that this sort of civil unrest would be coming in the future.

Now the future is here, and the chaos in our streets is only going to be getting even more intense.

On the other side of the globe, rioting of a completely different nature is happening.  As authoritarian measures become increasingly extreme, vast numbers of people are standing up and saying that enough is enough…

Violent protests have broken out against COVID-19 vaccine mandates and lockdowns across Europe amid new tough rules to curb winter waves of the virus.

Demonstrators angry about the new measures gathered in Austria, Croatia, Italy, Northern Ireland, the French territory of Guadeloupe and the Netherlands to protest the moves.

In Belgium, approximately 40,000 protesters descended upon the capital, and police fired water cannons and tear gas to try to control the crowds…

Nearly 40,000 people descended on the capital Brussels to protest against new anti-Covid measures banning the unvaccinated from entering restaurants and bars.

Some protesters were seen throwing projectiles at riot police and in response, officers fired water cannon and tear gas at the group. Police have made some arrests, but it is not immediately clear how many.

Next door in the Netherlands, the violence was even worse.  At one point, police officers actually opened fire on one group of “rampaging rioters”…

The violence by groups of youths in The Hague and elsewhere Saturday night wasn’t as serious as Friday night in Rotterdam, where police opened fire on rampaging rioters and arrested 51 people.

By imposing such harsh authoritarian measures during this pandemic, governments in Europe and elsewhere are losing their legitimacy.

And responding to protests with such violence will also result in a loss of legitimacy.

Part of living in a civilized society is being able to trust the government to do the right thing most of the time.

But now we have gotten to a point where large numbers of people in industrialized nations all over the globe do not trust their own governments.

And once that trust erodes far enough, it may get to a point where entire nations become virtually ungovernable by anyone.

Like I said at this beginning of this article, we are watching civilization crumble all around us, and that should make all of us very sad.

We are rapidly plummeting into an abyss of anarchy, madness and chaos, and the days ahead are not going to be pleasant.