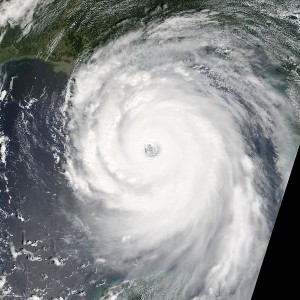 By recklessly printing, borrowing and spending money, our authorities are absolutely shredding confidence in the U.S. dollar.  The rest of the world is watching this nonsense, and at some point they are going to give up on the U.S. dollar and throw their hands up in the air.  When that happens, it is going to be absolutely catastrophic for the U.S. economy.  Right now, we export a lot of our inflation.  Each year, we buy far more from the rest of the world than they buy from us, and so the rest of the world ends up with giant piles of U.S. dollars.  This works out pretty well for them, because the U.S. dollar is the primary reserve currency of the world and is used in international trade far more than any other currency is.  Back in 1999, the percentage of foreign exchange reserves in U.S. dollars peaked at 71 percent, and since then it has slid back to 62.2 percent.  But that is still an overwhelming amount.  We can print, borrow and spend like crazy because the rest of the world is there to soak up our excess dollars because they need them to trade with one another.  But what will happen someday if the rest of the world decides to reject the U.S. dollar?  At that point we would see a tsunami of U.S. dollars come flooding back to this country.  Just take a moment and think of the worst superstorm that you can possibly imagine, and then replace every drop of rain with a dollar bill.  The giant currency superstorm that will eventually hit this nation will be far worse than that.

Most Americans don’t realize that there are far more dollars in use in the rest of the world than in the United States itself.  The following is from a scholarly article by Linda Goldberg…

The dollar is a major form of cash currency around the world. The majority of dollar banknotes are estimated to be held outside the US. More than 70% of hundred-dollar notes and nearly 60% of twenty- and fifty-dollar notes are held abroad, while two-thirds of all US banknotes have been in circulation outside the country since 1990

For decades we have been exporting gigantic quantities of our currency.

So what would happen if that process suddenly reversed and massive piles of dollars started coming back into the country?

It is frightening to think about.

Well, I guess the key is to get the rest of the world to continue to have confidence in the U.S. dollar so that will never happen, right?

Unfortunately, there are lots of signs that the rest of the world is accelerating their move away from the U.S. dollar.

For example, it was recently announced that the BRICS countries are developing their own version of the World Bank…

The BRICS (Brazil, Russia, India, China and South Africa) bloc has begun planning its own development bank and a new bailout fund which would be created by pooling together an estimated $240 billion in foreign exchange reserves, according to diplomatic sources. To get a sense of how significant the proposed fund would be, the fund would be larger than the combined Gross Domestic Product (GDP) of about 150 countries, according to Russia and India Report.

And as I noted in a previous article, over the past few years there have been a whole host of new international currency agreements that encourage the use of national currencies over the U.S. dollar.  The following are just a few examples…

Will this movement soon become a stampede away from the U.S. dollar?

Meanwhile, our “leaders” seem to be doing everything that they can to destroy confidence in the U.S. dollar.  The Federal Reserve is printing money like there is no tomorrow, and the federal government continues to run up trillion dollar deficits year after year.

They do not seem to understand that they are systematically destroying the U.S. financial system.

Other world leaders get it.  For example, Russian President Vladimir Putin once said the following…

“Unreasonable expansion of the budget deficit, accumulation of the national debt – are as destructive as an adventurous stock market game.
During the time of the Soviet Union the role of the state in economy was made absolute, which eventually lead to the total non-competitiveness of the economy. That lesson cost us very dearly. I am sure no one would want history to repeat itself.”

Why can’t most of our politicians see how destructive debt is?

What the federal government continues to do is absolutely insane.  The national debt increased by more than 24 billion dollars on the day after Thanksgiving this year.  But utter disaster has not struck yet, and most Americans are not really that concerned about the debt.  So things just keep rolling along.

And of course our national debt of $16,309,738,056,362.44 is nothing when compared to the future liabilities that our federal government is facing.  Just check out what a recent article in the Wall Street Journal had to say about all this…

The actual liabilities of the federal government—including Social Security, Medicare, and federal employees’ future retirement benefits—already exceed $86.8 trillion, or 550% of GDP. For the year ending Dec. 31, 2011, the annual accrued expense of Medicare and Social Security was $7 trillion. Nothing like that figure is used in calculating the deficit. In reality, the reported budget deficit is less than one-fifth of the more accurate figure.

Other economists paint an even gloomier picture.  According to economist Niall Ferguson, the U.S. government is facing future unfunded liabilities of 238 trillion dollars.

So where are we going to get all that money?

Don’t laugh.  That is actually what some of the top economists in the country are actually recommending.

The most famous economic journalist in the entire country, Paul Krugman of the New York Times, is boldly proclaiming that the solution to all of our problems is to print, borrow and spend a lot more money.  He insists that there is no reason to fear that the giant mountain of debt that we are accumulating will someday collapse the system…

For we have our own currency — and almost all of our debt, both private and public, is denominated in dollars. So our government, unlike the Greek government, literally can’t run out of money. After all, it can print the stuff. So there’s almost no risk that America will default on its debt — I’d say no risk at all if it weren’t for the possibility that Republicans would once again try to hold the nation hostage over the debt ceiling.

But if the U.S. government prints money to pay its bills, won’t that lead to inflation? No, not if the economy is still depressed.

Now, it’s true that investors might start to expect higher inflation some years down the road. They might also push down the value of the dollar. Both of these things, however, would actually help rather than hurt the U.S. economy right now: expected inflation would discourage corporations and families from sitting on cash, while a weaker dollar would make our exports more competitive.

Of course what he is prescribing is complete and utter madness.

At some point this con game is going to collapse and the rest of the world is going to say a big, fat, resounding “NO” to the U.S. dollar.

Why should they continue to use a currency that is becoming extremely unstable and that is constantly being manipulated?

And when the rest of the world rejects the U.S. dollar, the value of the dollar will drop like a rock because there will be far less global demand for it.

In addition, if the rest of the world is not using the U.S. dollar for trade any longer, other nations will cease to soak up our excess currency and huge mountains of our currency that are floating around out there will start flooding back to our shores.

At that point we will be looking at inflation unlike anything we have ever seen before.  The era of cheap imports will be over and we will pay far more for everything from oil to the foreign-made plastic trinkets that we buy at Wal-Mart.

Most Americans don’t even know what a “reserve currency” is, but when the U.S. dollar loses reserve currency status it is going to unleash a nightmare that most economists cannot even imagine.

So enjoy this holiday season while you can.  There are still lots and lots of cheap imports filling the shelves of our stores.

Once the coming giant currency superstorm strikes, we will dearly wish for the good old days of 2012.

Yes, the U.S. dollar is alive and ticking for now.  But at the pace that our authorities are abusing it, I would not say that things are looking good for a long and healthy lifespan. 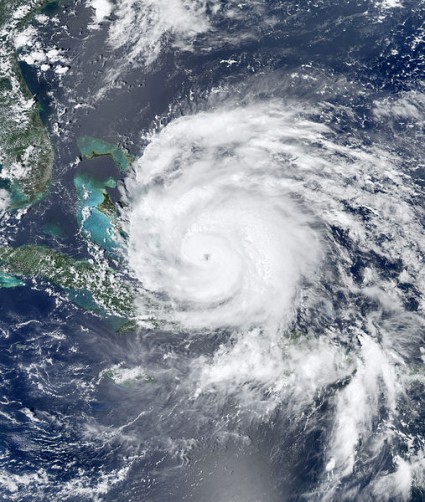