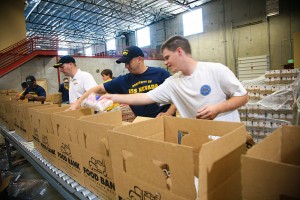 All over America there are millions of people that will be missing meals and going hungry this holiday season.  Even as much of the country indulges in the yearly ritual of unbridled consumerism that we refer to as “the holiday season”, more families in the United States than ever before will be dealing with not having enough food to eat.  Food stamp use is at an all-time high.  Demand at food banks is at an all-time high.  They keep telling us that we are in an “economic recovery” and yet the middle class continues to shrink and the number of Americans living in poverty just continues to grow.  We are witnessing unprecedented hunger in America, and this especially seems tragic during the holidays.  Much of the country is partying as if the good times will never stop, but families that are living from one meal to the next are facing a completely different reality.  How do you tell your children that there isn’t going to be any food to eat for dinner?  How do you explain to them that other families have plenty to eat but you don’t?  Sadly, many food banks are overstretched at this point.  All over the nation, food pantries have actually had to turn people away because of the overwhelming demand.  And more Americans used food stamps to buy their Thanksgiving dinners this year than ever before.  This is a problem that is not going away any time soon, and when the next major economic downturn strikes the problem of hunger in America is going to get even worse.

For many Americans, hunger has become a way of life.  Families that don’t have enough money are often faced with some absolutely heartbreaking choices.  Just check out what one Maine official that works with the Emergency Food Assistance Program recently had to say…

“One in six people in Maine don’t know where their next meal is coming from, or skip a meal so their kids can eat, or have to choose between paying for prescriptions and food, or fuel for your car and food,” Hall said. “What’s amazing is that food is always the first thing to go from your budget. It’s staggering, the choices people have to make.”

Food banks all over the country try their best to do what they can, especially during the holidays, but it is often not enough.  In fact, some food banks ran out of turkeys well in advance of Thanksgiving this year…

Three days in advance of Thanksgiving, the Pear Street Cupboard and Café in Framingham, Massachusetts, is out of turkeys. According to organizers, “requests for help are up 400 percent over last year.”

But it isn’t just during the holidays that food banks are having problems keeping up with demand.  The truth is that many food banks find themselves out of food and having to turn away hungry families all throughout the year.  The following is from a recent Reuters article…

Overall, food pantries and soup kitchens reported a 5 percent spike in demand in 2012, according to the survey. More than half of providers said they were forced to turn away clients, reduce portion sizes, or limit their hours.

If you are able, please support your local food bank.  The needs are great and they are only going to get greater.

#4 It is projected that half of all American children will be on food stamps at least once before they turn 18 years of age.

#5 According to new numbers that were just released by the U.S. Census Bureau, the number of Americans living in poverty increased to a new all-time record high of 49.7 million last year.

#6 The number of Americans living in poverty has increased by about 6 million over the past four years.

#7 Today, about one out of every four workers in the United States brings home wages that are at or below the federal poverty level.

#8 According to the U.S. Census Bureau, the poverty rate for children living in the United States is about 22 percent.

#9 Overall, approximately 57 percent of all children in the United States are living in homes that are either considered to be either “low income” or impoverished.

#10 In the United States today, close to 100 million Americans are considered to be either “poor” or “near poor”.

#12 Households that are led by a single mother have a 31.6 percent poverty rate.

#15 Since 2007, the number of children living in poverty in the state of California has increased by 30 percent.

#16 Family homelessness in the Washington D.C. region (one of the wealthiest regions in the entire country) has risen 23 percent since the last recession began.

#17 There are 314 counties in the United States where at least 30 percent of the children are facing food insecurity.

#19 Right now, more than 100 million Americans are enrolled in at least one welfare program run by the federal government.  And that does not even count Social Security or Medicare.

#20 According to the Natural Resources Defense Council, approximately 40 percent of all food in America “is routinely thrown away by consumers at home, discarded or unserved at restaurants or left unharvested on farms.” 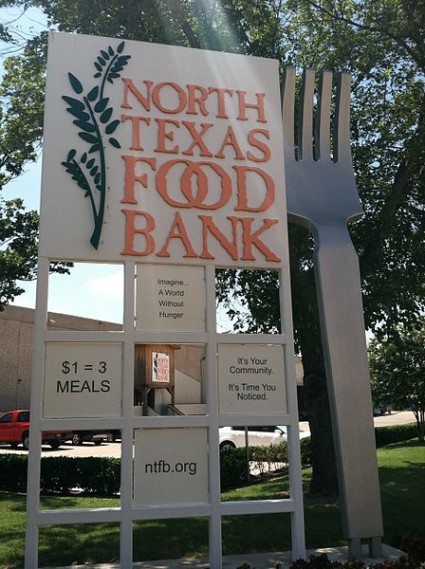