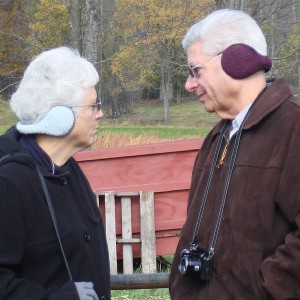 The pension nightmare that is at the heart of the horrific financial crisis in Detroit is just the tip of the iceberg of the coming retirement crisis that will shake America to the core.  Right now, more than 10,000 Baby Boomers are hitting the age of 65 every single day, and this will continue to happen every single day until the year 2030.  As a society, we have made trillions of dollars of financial promises to these Baby Boomers, and there is no way that we are going to be able to keep those promises.  The money simply is not there.  Yes, I suppose that we could eventually see a “super devaluation” of the U.S. dollar and keep our promises to the Baby Boomers using currency that is not worth much more than Monopoly money, but as it stands right now we simply do not have the resources to do what we said that we were going to do.  The number of senior citizens in the United States is projected to more than double by the middle of the century, and it would have been nearly impossible to support them all even if we weren’t in the midst of a long-term economic decline.  Tens of millions of Americans that are eagerly looking forward to retirement are going to be in for a very rude awakening in the years ahead.  There is going to be a lot of heartache and a lot of broken promises.

What is going on in Detroit right now is a perfect example of what will soon be happening all over the nation.  Many city workers stuck with their jobs for decades because of the promise of a nice pension at the end of the rainbow.  But now those promises are going up in smoke.  There has even been talk that retirees will only end up getting about 10 cents for every dollar that they were promised.

Needless to say, many pensioners are extremely angry that the promises that were made to them are not going to be kept.  The following is from a recent article in the New York Times…

Many retirees see the plan to cut their pensions as a betrayal, saying that they kept their end of a deal but that the city is now reneging. Retired city workers, police officers and 911 operators said in interviews that the promise of reliable retirement income had helped draw them to work for the City of Detroit in the first place, even if they sometimes had to accept smaller salaries or work nights or weekends.

“Does Detroit have a problem?” asked William Shine, 76, a retired police sergeant. “Absolutely. Did I create it? I don’t think so. They made me some promises, and I made them some promises. I kept my promises. They’re not going to keep theirs.”

But Detroit is far from an isolated case.  As Detroit Mayor Dave Bing said the other day, many other cities are heading down the exact same path…

“We may be one of the first. We are the largest. But we absolutely will not be the last.”

Yes, Detroit’s financial problems are immense.  But other major U.S. cities are facing unfunded pension liabilities that are even worse.

When you break it down on a per citizen basis, Detroit is actually in better shape than the others…

And many state governments are in similar shape.  Right now, the state of Illinois has unfunded pension liabilities that total approximately $100 billion.

There are some financial “journalists” out there that are attempting to downplay this problem, but sticking our heads in the sand is not going to make any of this go away.

According to Northwestern University Professor John Rauh, the total amount of unfunded pension and healthcare obligations for retirees that state and local governments across the United States have accumulated is 4.4 trillion dollars.

So where are they going to get that money?

They are going to raise your taxes of course.

Just check out what is happening right now in Scranton, Pennsylvania…

Scranton taxpayers could face a 117 percent increase in taxes next year as the city’s finances continue to spiral out of control.

A new analysis by the Pennsylvania Economy League projects an $18 million deficit for 2014, an amount so massive it outpaces the approximate $17 million the struggling city collects annually

What would Dwight Schrute think of that?

Perhaps you are reading this and you are assuming that your retirement is secure because you work in the private sector.

Well, just remember what happened to your 401k during the financial crisis of 2008.  During the next major stock market crash, your 401k will likely get absolutely shredded.  Many Americans will probably see the value of their 401k accounts go down by 50 percent or more.

And if you have stashed your retirement funds with the wrong firm, you could end up losing everything.  Just ask anyone that had their nest eggs invested with MF Global.

But of course most Americans are woefully behind on saving for retirement anyway.  A study conducted by Boston College’s Center for Retirement Research found that American workers are $6.6 trillion short of what they need to retire comfortably.

On top of everything else, the federal government has been recklessly irresponsible as far as planning for the retirement of the Baby Boomers is concerned.

As I noted yesterday, the U.S. government is facing a total of 222 trillion dollars in unfunded liabilities.  Social Security and Medicare make up the bulk of that.

At this point, the number of Americans on Medicare is projected to grow from a little bit more than 50 million today to 73.2 million in 2025.

The number of Americans collecting Social Security benefits is projected to grow from about 56 million today to 91 million in 2035.

How is a society with a steadily declining economy going to care for them all adequately?

Yes, we truly are careening toward disaster.

If you are not convinced yet, here are some more numbers.  The following stats are from one of my previous articles entitled “Do You Want To Scare A Baby Boomer?“…

You can view the rest of the statistics right here.

Sadly, most Americans are not aware of these things.

The mainstream media keeps most of the population entertained with distractions.  This week it is the birth of the royal baby, and next week it will be something else.

Meanwhile, our problems just continue to get worse and worse.

There is no way in the world that we are going to be able to keep all of the financial promises that we have made to the Baby Boomers.  A lot of them are going to end up bitterly disappointed.

All of this could have been avoided if we would have planned ahead as a society.

But that did not happen, and now we are all going to pay the price for it.