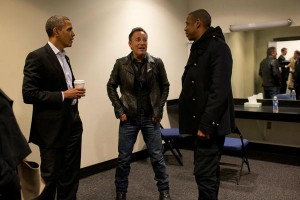 On social media websites such as Twitter and Facebook, thousands of threats of violence were posted by supporters of Barack Obama on the evening prior to the election.  If you doubt this, just go on Twitter and do a search for keywords such as “Romney riot”, “assassinate Romney” and “if Romney wins”.  We have seen very serious threats of violence against Mitt Romney and his supporters for weeks, but little action has been taken to shut these threats of violence down, and now they are reaching a crescendo as we reach election day.  At the moment, law enforcement authorities and the mainstream media do not appear to be taking these threats of violence very seriously, but they should.  Just look at what happened when the San Francisco Giants won the World Series.  Horrible rioting broke out in San Francisco and a city bus was even set on fire.  But that little bit of rioting is nothing compared to what could happen on a nationwide basis if Mitt Romney wins this election – especially if there are allegations that Romney stole the campaign.  If Romney is victorious, expect to see allegations of “voter fraud” and “election fraud” from the other side.  If there is a belief that the Republicans “cheated” (whether true or not), this would provide all of the justification that those out committing violence would need.  Many of them would actually consider themselves to be “standing up for democracy” or “fighting for their rights”.  Hopefully the scenario that I just outlined will not play out.  Hopefully Obama supporters will be calm if Romney is declared the winner.  But we would be very foolish to ignore the thousands upon thousands of threats that we have seen over the past few weeks.

This is a topic I have written about before, and I received quite a bit of criticism for writing about it.  Apparently supporters of Barack Obama should be allowed to endlessly spew out threats of physical violence against Mitt Romney and his supporters and nobody is ever supposed to say anything about it.

Yes, there are a lot of Republicans that are saying some very cruel things about Barack Obama, but people know that if you make a physical threat against Barack Obama you are likely to get a visit from the Secret Service.

Apparently the same thing does not apply to threats against Mitt Romney.  Every single hour, large numbers of physical threats directed at him and his supporters continue to pour in.  If these people mean just a small fraction of what they are saying, we are going to see American cities burn if Romney wins.

Most of the examples that I could have included below I decided not to post because of the vulgar language used.  A lot of children will end up reading this, and so I decided to try to keep it as clean as possible.

If obama doesn not win im gonna go burn down every house who has mitt romney signs outside their house! (Link)

If mitt Romney win tomorrow, point blank, we might just start a riot ! # Team Obama tho, so I got faith in our president. (Link)

If Romney wins, we gona start a riot (Link)

if Obama wins i will burn every romney sign in breezewood! (Link)

I always wanted to be in a Riot , and if Romney wins my dream might come true. (Link)

If Mitt Romney wins; I might go around blowing heads off (Link)

Lol but if you go for Mitt Romney i’m not going to burn you alive because that’s whatever you believe in. I’m #teamobama tho (Link)

Romney better start digging his grave cuz if he become president somebody might assassinate him..ALL BLACKS AND MIDDLE CLASS GONE TURN UP!!! (Link)

I would personally assassinate Mitt Romney if he wins… but I think Al Qaeda will beat me too it! (Link)

Trust me, it gets a lot worse than what you just read.  You can see more threats against Romney and his supporters from recent days in this article right here.  But please be warned, some of the language used is quite shocking.

Of course many in the mainstream media insist that we don’t even have to worry about what might happen if Romney wins because Obama “has it all locked up”.

For example, as I am writing this Nate Silver of the New York Times is projecting that Barack Obama has a 92.2% chance of winning the election.

Other publications are expressing similar sentiments.  An article on Business Insider today had the following headline: “Either The Polls Are All Wrong, Or Mitt Romney Doesn’t Really Have A Viable Path To Win The Election“.

I honestly don’t know how people get paid to write that kind of stuff.  This election is super close and it has been for months.  According to the latest Gallup tracking poll, Mitt Romney has a one point lead over Barack Obama with likely voters.  A lot of people on both sides are proclaiming that it will be a landslide for their guy, but I simply do not see it that way.

We could very easily end up with another Bush v. Gore scenario.  Only this time it might tear the entire nation apart.  Obama and Romney both have hordes of lawyers ready to roll, and neither of them would hesitate to contest the results of the election if there is still a realistic chance of winning.

The funny thing is that it really does not matter that much which candidate wins anyway.  Our nation has been going downhill for decades no matter who has been in the White House, and it will continue to go downhill under either Obama or Romney.  When you take a very close look at their policy positions, they actually agree far more than they disagree, and no matter who wins this race the next four years are going to be worse for America than the last four years have been.

And I think that a number of states will end up being much closer than most people originally thought that they would be.

For example, I believe that Romney has a very real shot of winning Pennsylvania and Wisconsin.  I am not predicting that he definitely will win those states, but he does have a legitimate chance.

Romney might even make things interesting in Minnesota, although that is more of a long shot.

It should be very interesting to see how it all plays out.

Many Americans are happy that this election season will soon be over, but unfortunately this election should not really be viewed as the end of something.  Rather, I believe that it will be the beginning of a disturbing new chapter in American history.

A whole host of polls and surveys have shown that the American people are angrier today than just about at any other point since World War II.  In recent months, this anger and frustration have been bottled up as people have waited for election day.  Right now, true believers on both the red team and the blue team are optimistic about the future because they are totally convinced that they are going to win this election.

But when a winner is finally announced, close to half the country is immediately going to be bitterly disappointed.  And then when things continue to get worse in this country despite “their guy” winning, the winning side is not going to be so pleased either.

This election could end up being the “release point” for a lot of the anger and frustration that have been building up in this country for a very long time.  You can almost feel the tension in the air.  All it is going to take is just the right “spark” to set it off.

If you have any political signs in your yard or any political bumper stickers on your car, you might want to start taking them down – especially if you live in a densely populated area.  Hopefully cooler heads will prevail, but I wouldn’t count on it.  There is just so much hate and anger out there right now.

So pray for peace, but also watch your back. 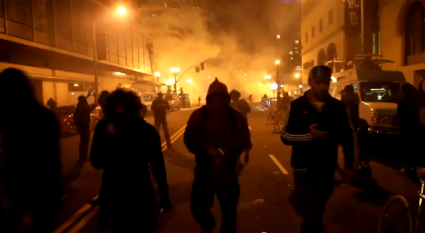