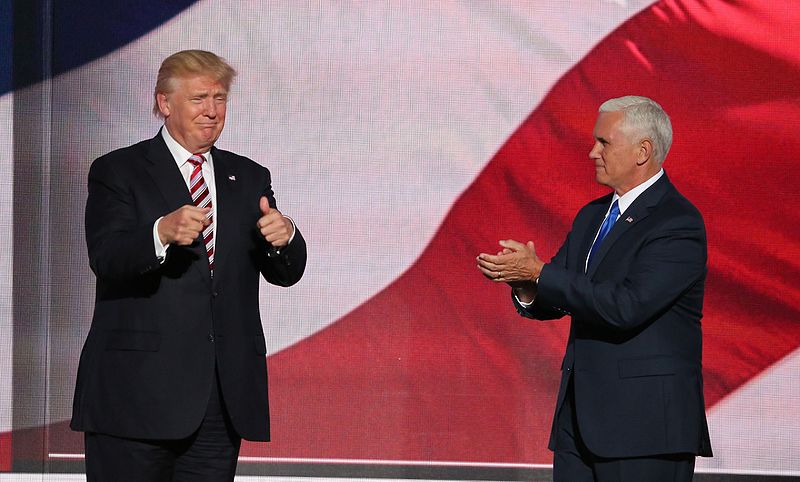 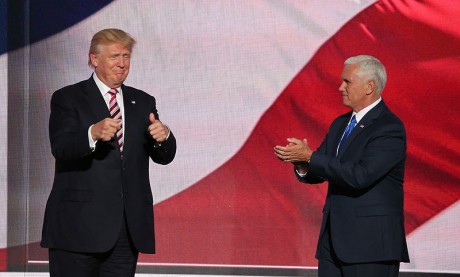 A Quinnipiac University Poll that was released on Tuesday says that Donald Trump only has an approval rating of 37 percent.  Meanwhile, that same survey found that Barack Obama currently has an approval rating of 55 percent.  Of course considering the fact that Quinnipiac polls showed Hillary Clinton winning the election in November easily, perhaps we should not put too much stock in these results.  But other polling organizations have come up with similar results.  In fact, an average of nine recent polls indicates that Trump’s approval rating is somewhere around 42 percent.  So without a doubt there are a whole lot of people out there that do not like Donald Trump.

But the business community sure seems thrilled with him.  We just witnessed one of the greatest post-election stock market rallies in American history, numerous corporations have already announced that they will be bringing jobs back to the United States, and Bloomberg is reporting that small business optimism has hit the highest level that we have seen since the end of 2004…

Optimism among America’s small businesses soared in December by the most since 1980 as expectations about the economy’s prospects improved dramatically in the aftermath of the presidential election.

The National Federation of Independent Business’s index jumped 7.4 points last month to 105.8, the highest since the end of 2004, from 98.4. While seven of the 10 components increased in December, 73 percent of the monthly advance was due to more upbeat views about the outlook for sales and the economy, the Washington-based group said.

On the surface, all of these numbers appear to be contradictory.  If the American people are not feeling good about our new president, then it doesn’t make a whole lot of sense that the small business community would be so optimistic.

But of course the American people are not a single monolithic entity in 2017.  We are a deeply, deeply divided nation, and Donald Trump is the single most polarizing political figure to come along in generations.

Those that love Trump tend to really love Trump, and most of those people are quite optimistic about the future.

And those that hate Trump tend to really hate Trump.  Yesterday, I explained that the radical left wants to transform Inauguration Day into an epic riot, and many of his opponents are planning to spend the next four years doing whatever they can to destroy him.

Just look at what happened today.  The top story on CNN was about how the Russians supposedly have “compromising personal and financial information” on Donald Trump that they can use to blackmail him…

The allegations were presented in a two-page synopsis that was appended to a report on Russian interference in the 2016 election. The allegations came, in part, from memos compiled by a former British intelligence operative, whose past work US intelligence officials consider credible. The FBI is investigating the credibility and accuracy of these allegations, which are based primarily on information from Russian sources, but has not confirmed many essential details in the memos about Mr. Trump.

If you want to read the full 35 page report, you can do so right here.  Some of the things in the report are so absolutely laughable that I don’t know how anyone could possibly take them seriously.  And one particularly absurd section of the report was reportedly originally fabricated by some pranksters on the Internet, but you probably won’t hear that in the mainstream media.  CNN is standing by the legitimacy of these documents, and apparently U.S. Senator John McCain thought so much of them that he handed copies of them over to FBI Director James Comey on December 9th…

CNN has also learned that on December 9, Senator John McCain gave a full copy of the memos — dated from June through December, 2016 — to FBI Director James Comey. McCain became aware of the memos from a former British diplomat who had been posted in Moscow. But the FBI had already been given a set of the memos compiled up to August 2016, when the former MI6 agent presented them to an FBI official in Rome, according to national security officials.

The raw memos on which the synopsis is based were prepared by the former MI6 agent, who was posted in Russia in the 1990s and now runs a private intelligence gathering firm. His investigations related to Mr. Trump were initially funded by groups and donors supporting Republican opponents of Mr. Trump during the GOP primaries, multiple sources confirmed to CNN. Those sources also said that once Mr. Trump became the nominee, further investigation was funded by groups and donors supporting Hillary Clinton.

According to this report, the Russian government has been “cultivating, supporting and assisting” Donald Trump “for at least five years”.

So has Donald Trump really been a super secret Russian agent all this time?

Of course not.  The mainstream media has decided to peddle Internet hoaxes, rampant speculation and fake news as legitimate journalism, and it is absolutely disgraceful.

But we are going to see much more of this.  The goal is to destroy Donald Trump, and this is a game that will be played daily now for the next four years.

We are a nation that is bitterly divided, and after everything that has already been said and done I don’t know if Donald Trump could bring us back together even if he wanted to do so.

The protests against Trump in Washington D.C. start in just four days.  I think that the period of time immediately surrounding Inauguration Day is going to set the tone for how Trump’s first year is going to play out.

I am definitely hoping for the best, but I also know that there is a large portion of the population that considers him to be the personification of everything that is wrong with America, and they have absolutely no intention of following his leadership.

It has been said that a house divided against itself will surely fall, and America is a deeply, deeply divided nation in early 2017.

Perhaps Trump can prove the naysayers wrong and bring us all together in unity, but at this point I am not optimistic that any president will be able to do this ever again.