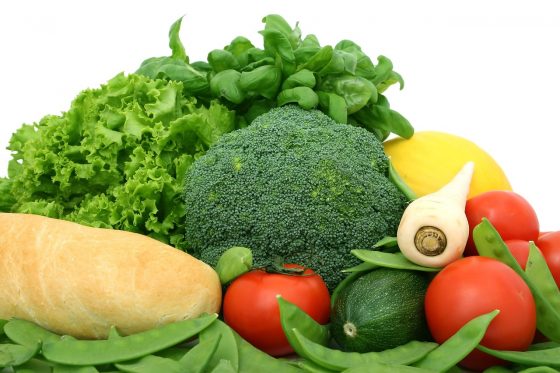 The mainstream media is trying really hard to convince all of us that inflation will soon no longer be a problem, but meanwhile food prices continue to soar to absolutely absurd levels.  In fact, we just learned that vegetable prices increased by a whopping 38 percent in November.  When I originally saw that number, I thought that it must represent the change from 12 months ago.  But that is not the case.  According to the Bureau of Labor Statistics, vegetable prices jumped 38.1 percent from October to November, and they are up a total of 80.6 percent over the past 12 months…

The price of vegetables from producers shot up 38% on a monthly basis in November — and jumped over 80% compared to November 2021 — according to the U.S. Bureau of Labor Statistics latest Producer Price Index.

Even after reading that, a lot of you are still going to have a very difficult time believing that these figures are actually real.

So I would encourage you to go to the official BLS website and see the numbers for yourself.

This isn’t an Internet rumor.

As you can see from this chart, egg prices are also going completely nuts.

The price of eggs shot up 26 percent last month.

And over the past 12 months the price of eggs is up an astounding 244 percent.

The bird flu is the primary reason why eggs have become so expensive.  More than 50 million chickens and turkeys in the United States are already dead, and it is likely that millions more will die in the months ahead.

As for vegetables, the endless drought in the western half of the nation has absolutely crippled production.  In fact, one recent survey discovered that 74 percent of farmers in 15 western states “saw a reduction in harvests” in 2022…

A recent survey about the drought by the American Farm Bureau Federation of more than 650 farmers in 15 Western states found that 74 percent saw a reduction in harvests and 42 percent switched crops.

No matter how high the Federal Reserve hikes interest rates, food prices are going to continue to go up.

We all have to eat, and it appears that food supplies will get even tighter in 2023…

U.S. domestic supplies of key crops including corn, soybeans and wheat are expected to remain snug into 2023, according to the U.S. Department of Agriculture. The agency is forecasting U.S. corn supplies to fall to a decade low before the 2023 harvest, while soybean stocks were seen at a seven-year low and wheat ending stocks are forecast at the lowest in 15 years.

I am particularly concerned about the outlook for wheat.

The two largest wheat exporters in the world are projected to have very disappointing harvests in the months ahead, and this should deeply alarm all of us…

While flooding in Australia, the world’s second largest wheat exporter, in recent weeks has caused extensive damage to the crop which was ready for harvest, a severe drought is expected shrink Argentina’s wheat crop by almost 40%.

This will reduce global wheat availability in the first half of 2023.

A lack of rainfall in the U.S. Plains, where the winter crop ratings are running at the lowest since 2012, could dent supplies for the second half of the year.

The bottom line is that the global food crisis that erupted in 2022 is likely to intensify quite a bit more in 2023.

Food prices have already risen to very painful levels, and those that are being hit the hardest are those that live in the poorest countries…

With food prices climbing to record peaks this year, millions of people are suffering across the world, especially poorer nations in Africa and Asia already facing hunger and malnutrition.

Food imports costs are already on course to hit a near $2 trillion record in 2022, forcing poor countries to cut consumption.

More than 200,000 Somalis are suffering catastrophic food shortages and many are dying of hunger, with that number set to rise to over 700,000 next year, according to an analysis by an alliance of U.N. agencies and aid groups.

But most Americans don’t even know that this is happening because they don’t see images of people suffering and dying on the nightly news.

If the mainstream media is not making a big deal out of this crisis, it must not be important.

Here in the United States, our politicians are trying to paper over our impending problems by borrowing and spending colossal mountains of money.

The national debt just crossed the 31 trillion dollar threshold, and the Wall Street Journal is reporting that the budget deficit for the month of November alone was a staggering 249 billion dollars…

The monthly federal deficit was a record-setting $249 billion in November, $57 billion wider than the same month last year, as Republican control of the House puts the government’s finances back in the political spotlight.

As the Fed raises interest rates, it is also raising our borrowing costs.

So the Fed can only go so far, because if they push rates too high it will literally collapse the finances of the federal government.

What this means is that the Fed is almost out of ammunition in their war against inflation.

And our politicians in Washington are ensuring that more inflation is on the way by borrowing and spending money at a pace that we have never seen before.

Meanwhile, the bird flu plague, endless droughts and bitterly disappointing harvests all over the planet will continue to suppress global food production.

What all of this means is that food prices are going to go a lot higher than they are now, and many of the famines that we are already witnessing all over the world will become quite serious.

Even though food prices are ridiculously high right now, I would encourage you to stock up while you still can.

Things are only going to get crazier in 2023, and most people will find themselves completely unprepared as conditions deteriorate all around them.