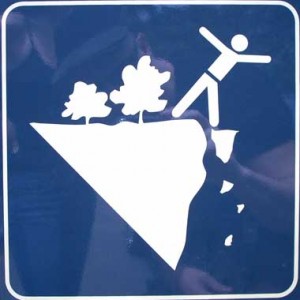 Has the economic nightmare that America is now entering been completely and totally foreseeable to anyone who was willing to look at the facts objectively?  Has the generation now running the United States recklessly destroyed the financial future of us all?  Will future generations look back and curse those who lived at this time for saddling them with so much debt?  When it comes to the financial condition of this country, most people want to make it into a Republican/Democrat thing, but the truth is that both parties have done a miserable job of managing the nation’s finances.  It would have been very helpful if at least one of the political parties had been the least bit interested in getting America’s financial house in order, but that was not the case.  Instead, both Republicans and Democrats worked together to pile up the biggest mountain of debt in the history of the world.  They worked together to build a “global economy” that shipped a huge percentage of our manufacturing overseas.  They worked together to build a system that highly favors the biggest corporations and the international banking elite.  Now American stands on the precipice of a devastating economic collapse, and many of our politicians seem actually shocked about what is happening.

But they shouldn’t be.  All of this has been building for a long, long time.  All of this was avoidable.  The fact that the economic problems of the United States have been so clearly foreseeable and yet nothing was done to stop them has a lot of people very, very upset.  Among those who are extremely upset are some of our readers…..

How long has this been obvious? Certainly was obvious to me even in the 80’s. The demographics just weren’t there to support my generation. But I knew implicitly that we would be the ones stuck with the bill – with the scumbags in DC turning around, right about now, to tell us with feigned shock – “Gee, there’s no money for you guys! How did that happen?”

I could lay all the blame on these criminals, and most of it DOES lay with them. However, I have also directly and constantly experienced wilful obtuseness and ignorance on the part of Americans, with their fingers in their ears and their tongues flapping about with “LaLaLaLaLa” – every time anyone tries to point out the blatantly obvious regarding the financial End Game.

Americans are about to get what they have denied as impossible because it was not pleasant. Now there’s some real good thinkin’. Hope they get a clue in a hurry. Americans may be decent people – but that don’t count for much when it’s coupled with voluntary pig-ignorance.

So many people missing the point…

There are no GOOD jobs out there. People work for money not for jelly beans. Young people are “lazy” because they don’t want to flip burgers for minimum wage or less? Are you Kidding? What percentage of people over 35 are willing to do this? The kid that made my BigMac today looked to be all of 14 so I’m guessing not too many. It’s about the money people! The generation that came before us is the one responsible for rampant inflation, the trade deficit, and the general dismantling of a once great nation and the so called family unit. YOU have left us with NOTHING! YOU have sold our birth right to the highest bidder. YOU have made us the future slaves of Chinese overlords. YOU are the people unwilling to hire the young at a wage they can actually live on.

If you are over 50 and you are reading this have the decency to feel shame for what you’ve done to your children and grandchildren. We are certainly ashamed of YOU!

Wake up – it’s not bloody marxists – it’s your own financial, industrial and political leaders that have caused this mess and you all sat back and revelled in it. For years, America has lived high on the benefits of globalisation (heaps of cheap imports) while not realising that there is a price to pay. That price is the wholesale export of your manufacturing to Asia and Mexico – along with the jobs. These have largely been replaced by low wage service jobs. The only alternative in order to maintain your standard of living has been to resort to debt – hence the credit crunch. The credit crunch is only a symptom.

As a non American – I can only wonder at how you spend more than the rest of the world combined on defence while your economy and financial stability collapses around you.

It is clear that it is a combination of many things that have brought us to this point in US. Illegal immigration, huge government intrusion, over-regulation, health care costs, frivolous litigation, etc., I can understand why companies move overseas. Ridiculous taxation, regulation, intrusion, health care mandates, loss of freedom, etc. Just some of the things contributing to US economic trouble.

Get govt. out of the way and private sector would fix most of the problem and most Americans would benefit from the fix. Those left out of the prosperity of America, usually want to be left out. There are exceptions, and injustice it out there. But it isn’t Govt. that should deal with the social ills of our world. Where is the Church?

From the edge, a brief explanation…

Anyway that’s the problem. USA debt has the same problem. At 100% debt to GDP, the Fed manufactures money out of debt. The problem is supply. When the world’s greatest economy starts to crater it takes the collective action of every nation in the world to prop us up. So far, Japan, China, and Great Britain have done so. If their economies continue to deteriorate, they won’t be able to. Japan and China are in a death dance with us. To save their existing treasury investments they must continue to invest in us or lose what is on deposit. The USA has an ungodly pipeline debt of 60 trillion coming due and payable in the form of Social Security and Medicare payments. California it seems, is a petri dish, a sneak preview of our coming collapse.

That’s why expressing debt to GDP is really a pretty antiquated way of seeing the problem, although that has been a universally accepted practice. Can we survive at 125% or 150% debt to GDP? Sure. As long as the Fed isn’t audited.

If that audit ever occurs, and TRUST ME IT NEVER WILL, the world will suffer a complete and total collapse. What we don’t know, it seems, isn’t hurting us yet.

One thing that is not allowed is for people to wipe the slate clean and begin again. The republican congress enacted DRACONIAN bankruptcy legislation so that if you declare bankruptcy, your creditors can still come after you indefinitely for collect! Check it out! My husband and I are physically disabled and my husband has a fatal illness. My parents had left a small inheritance for our medical expenses. It is now confiscated before I have even ‘inherited’ it! They want us to have a good life? Bolderdash! Or they wouldn’t allow medical bills that bankrupt the average working person./ Try finding a could where the husband works 2 jobs and the wife three, who live frugally, and still can not pay off medical bills. If I get sick again, I think I will just welcome death.

I’m back in school myself working on an associates degree because my “hard-working” and “genius” parents knew exactly what career I was going into. Then, when that didn’t pan out and I wouldn’t continue taking their marching orders, they threw me out on the street to fend for myself. I did that successfully for three years and put up with all their bitching and abuse about not working “hard enough” or “expecting other people to take care of me.”

Fortunately, I discovered that I have a great aunt and uncle who have been letting me live with them and go back to school. I’ve got a decent part time job at the school, but I am barely making enough money to pay rent to them. My advice is don’t give up and don’t be afraid to ask for help from family and friends. I would probably be living in a card board box if not for my aunt and uncle helping me.

For all those people saying why can’t you get 3 or 4 jobs to support yourself, I hate to break it to you, but employers are not going to hire someone who is working at another place and plan their schedule around them. They are only going to hire employees that are available 24/7 and not have to pay them above minimum wage.

This is the major crisis of our times right now. Instead of blaming and bickering, let’s do what we can to help everyone out. 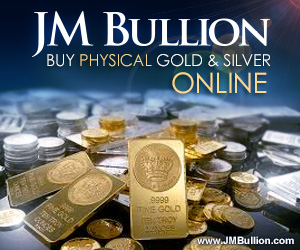