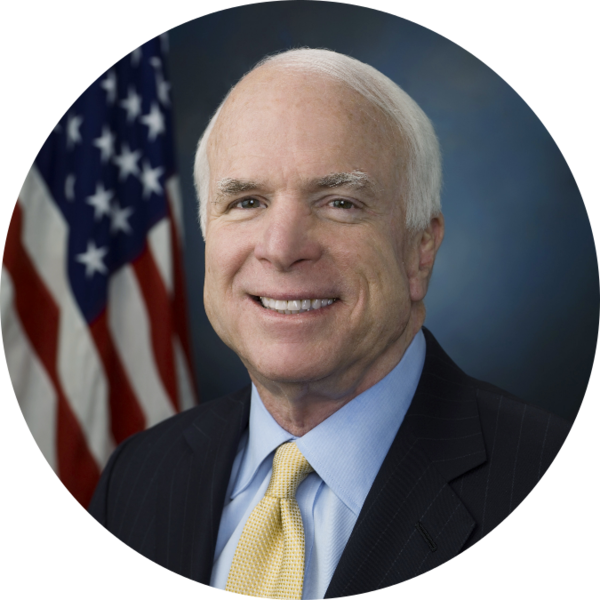 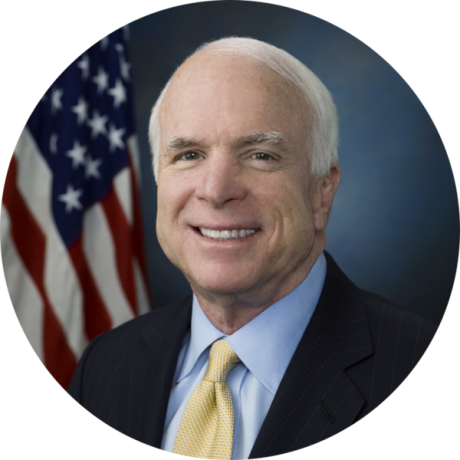 By destroying the last chance that the Republicans in the Senate had to repeal Obamacare, John McCain has ensured that he will go down in history as a backstabbing traitor that cared nothing for true conservative values.  For decades, RINOs like McCain have promised to uphold conservative values while campaigning, but once they have gotten into office they have betrayed us over and over again.  How much more are we going to take before we say enough is enough?  I hope that you will join me in my effort to remove every RINO from Congress.  What John McCain has just done should make all of us absolutely sick.  Thanks to him, Obamacare is going to remain the law of the land for the foreseeable future even though the Republicans have control of the White House, the Senate and the House of Representatives.  If I go to Washington, I am going to declare war on RINOs like McCain, but the only way that will be possible is if thousands of good conservatives help fund this campaign.  So far my campaign has created an enormous amount of buzz all over the state, but the only way that we are going to be able to capitalize on all of that buzz is if you all stand with me.

If what John McCain did on Friday does not make you angry, I am not sure what will.  Together with Lisa Murkowski of Alaska and Susan Collins of Maine, McCain killed the very last chance of repealing Obamacare in the Senate.  The following comes from the Washington Post…

A convergence of contentious issues, as well as embarrassing infighting and shake-ups at the White House, have a number of Republicans suddenly in open resistance to President Trump on a number of fronts.

The most dramatic moment came in the early-morning hours Friday, when Sen. John McCain, an ailing war hero and onetime Republican presidential standard-bearer, joined two other GOP dissidents, Sens. Lisa Murkowski of Alaska and Susan Collins of Maine, to cast the deciding vote to kill a scaled-back plan to dismantle tenets of the Affordable Care Act — and with it, perhaps, Trump’s promise to repeal Obamacare.

McCain had specifically campaigned on repealing Obamacare in 2010 and in 2016.  In fact, just last year he was running campaign ads in which he boldly proclaimed that he was “leading the fight to stop Obamacare”.

Now he has done this.

And it was quite a dramatic moment when he finally cast his vote.  Some even believe that it is going to go down as the most famous “thumbs-down” in Senate history…

The clerk read the Arizona senator’s surname in the microphone of the tense Senate chamber. The two words were met with silence — John McCain had stepped out of the room minutes before.

But moments later, he reappeared. By then, the alphabetical roll call had reached Sen. Gary Peters of Michigan. McCain walked over to the front of the chamber, raising his right arm. He held it up in the air until he had the attention of the clerk.

“No,” he said, with a swift thumbs-down.

In response, we need to give our own “thumbs-down” to every RINO on the federal, state and local levels all around the country.

If you are sick and tried of RINOs like McCain, then I would like to ask for your support.  My team has set up a brand new website called Help Michael Win where you can help us raise $3,000 to print more than 20,000 brochures.  We have volunteers that are ready to get brochures into the hands of potential voters, but the only way that we can do this is if the funding comes in.  If 300 of you were to donate just 10 dollars each, we will be able to meet our goal.

But if we all sit back and do nothing, RINOs such as McCain will continue to rule Washington.  Just before he cast his decisive vote, McCain actually went over to the Democrats to tell them what he was about to do.  The following comes from the Washington Post…

Shuffling across the chamber, Mr. McCain convened with Democrats, informing them of his choice. “They can read my lips,” he said to laughs, fearing his hand would be tipped ahead of time from inside the gallery.

At one point, the senator joined Ms. Collins and Ms. Murkowski, telling them they had done the right thing.

“We talked about how if anyone knew about doing the right thing it was John McCain,” Ms. Collins recalled. “It was very moving.”

I am the only candidate in this race that is openly going to go to war with McCain and others like him in Congress.

Since there is no incumbent, my race is totally wide open, and it will ultimately be decided by the enthusiasm of people like you.  If everyone in my district that is familiar with my work ends up voting for me in the Republican primary next May, I will win and it won’t even be close.

I am so tired of just sitting back and doing nothing while RINOs like McCain slap us in the face over and over again, and other conservative authors feel the exact same way.  Here is just one example…

“For American voters expecting their Republican-dominated House, Senate and White House to honor their years of repeal promises and actually, well, repeal Obamacare, McCain’s thumbs-down was a face-slap moment that will be remembered in history as a textbook classic case of political betrayal. McCain may feel liberated. But his name will go down in conservative history books as a traitor to the cause.”

If I am elected, I promise to work very hard to defeat John McCain and every other RINO in Congress.  I know that won’t make me very popular with the Republican establishment, but I don’t care.

And if you believe in what I am trying to do, I hope that you will visit HelpMichaelWin.com and MichaelSnyderForIdaho.com.

It isn’t going to be easy, but together we can change the way that things are done in Washington.