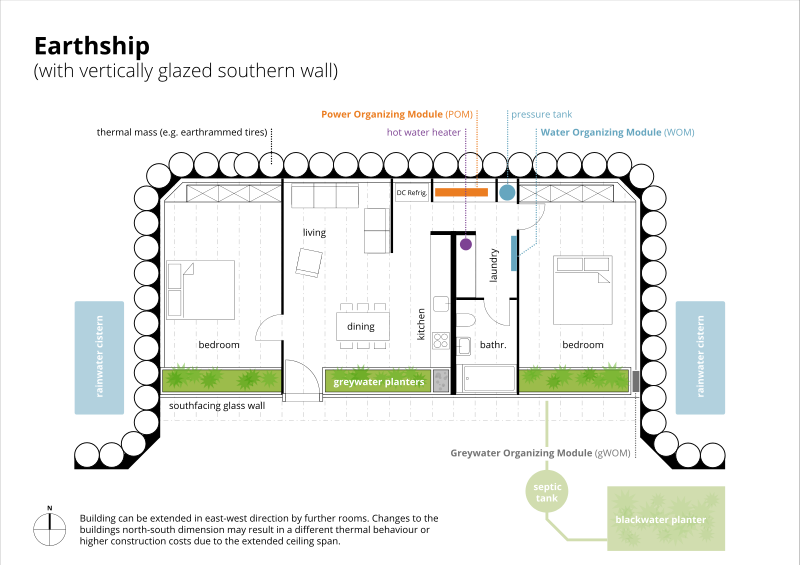 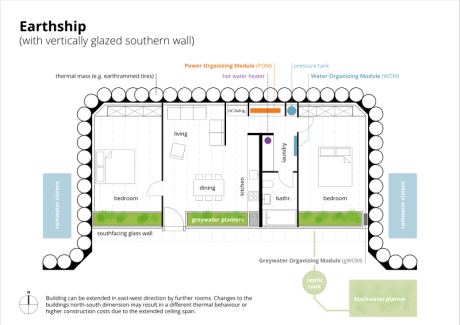 Do they know something that the rest of us do not?  There are tens of millions of ordinary Americans that are feeling really good about the future now that Donald Trump has won the election, but meanwhile the elite are feverishly constructing luxury bunkers at a pace unlike anything we have ever seen before.  So why are so many among the elite preparing for an imminent “apocalypse” when tens of millions of other Americans are anticipating a new era of peace and prosperity?  Are they smarter than most of the rest of us, or are they simply being paranoid?

Without a doubt, something is going on among the elite.  Earlier today, WND published an article that discussed the fact that wealthy people “are quietly moving away from major cities” all over the globe because of concerns about security…

Widespread media reports as well as independent investigations from groups such as New World Wealth suggest wealthy people around the globe are quietly moving away from major cities because of fears of social instability. Increasing crime, terrorism and rising racial tensions have all been identified as factors driving the exodus. Even the Daily Beast reported the introduction of large numbers of Muslim refugees into Europe has made once prosperous areas fraught with danger, in the opinion of some security experts.

And just a few weeks ago a Hollywood Reporter article entitled “Panic, Anxiety Spark Rush to Build Luxury Bunkers for L.A.’s Superrich” talked about how “Oscar winners, sports stars and Bill Gates are building lavish bunkers” because of their anxiety about what is coming next.  The following is a short excerpt from that article…

Given the increased frequency of terrorist bombings and mass shootings and an under-lying sense of havoc fed by divisive election politics, it’s no surprise that home security is going over the top and hitting luxurious new heights. Or, rather, new lows, as the average depth of a new breed of safe haven that occupies thousands of square feet is 10 feet under or more. Those who can afford to pull out all the stops for so-called self-preservation are doing so — in a fashion that goes way beyond the submerged corrugated metal units adopted by reality show “preppers” — to prepare for anything from nuclear bombings to drastic climate-change events. Gary Lynch, GM at Rising S Bunkers, a Texas-based company that specializes in underground bunkers and services scores of Los Angeles residences, says that sales at the most upscale end of the market — mainly to actors, pro athletes and politicians (who require signed NDAs) — have increased 700 percent this year compared with 2015, and overall sales have risen 150 percent. “Any time there is a turbulent political landscape, we see a spike in our sales. Given this election is as turbulent as it is, we are gearing up for an even bigger spike,” says marketing director Brad Roberson of sales of bunkers that start at $39,000 and can run $8.35 million or more (FYI, a 12-stall horse shelter is $98,500).

This is all very odd, because among the general population interest in “prepping” has hit a multi-year low.  In fact, sales of emergency food and supplies are way down at the moment across the entire industry.

So once again the question must be asked – do the elite know something that the rest of us do not?

If they don’t, why are they spending so much time, effort and money on such extraordinary preparations?

For instance, down in Texas one group of investors is constructing “a $300 million luxury community replete with underground homes”…

An investor group is planning for a doomsday scenario by building a $300 million luxury community replete with underground homes. There will also be air-lock blast doors designed for people worried about a dirty bomb or other disaster and off-grid energy and water production.

The development, called Trident Lakes, is northeast of Dallas.

Residents will enjoy an equestrian center, 18-hole golf course, polo fields, zip lines and gun ranges. Retail shops, restaurants and a row of helipads are also in the works. For those looking to “get away,” they’ll also be able to enjoy three white sand beaches and a neighborhood spa.

Most of us could hardly even imagine such luxury, and this is yet another example of the growing gap between the ultra-wealthy and the rest of us in this country.

If you do happen to be one of the ultra-wealthy, perhaps you may be interested in purchasing one of the extremely expensive U-shaped “Earthships” that one company has been constructing for the elite…

Billionaires are buying up “indestructible” alien boltholes to seek sanctuary in during alien Armageddon or more-likely nuclear war and disaster.

The US company creating the $1.5million “Earthship” eco-structures says humans “must evolve” and insists they “will soon be a necessity” for our species “to survive on this planet.”

The bizarre U-shaped hideaways, which can reportedly survive in any climate, can be deployed to any part of the world and are self-sufficient enough to survive in isolation – during a killer virus outbreak or a radiation catastrophe.

I have to admit that I felt a twinge of jealousy when I first learned about these “Earthships”.  They are completely self-sufficient, they are environmentally-friendly, and they sound like they are quite comfortable.  The following is what one reporter discovered when she visited a community of these “Earthships”…

In addition to the cord-cutting power and self-sustaining water supply, each abode contains its own greenhouse. I could forage for figs, bananas, pineapple, broccoli, rosemary and chives in my fluffy socks. Or if the zombies weren’t looking, I could dash over to my neighbor’s place for supper. The Phoenix, a three-bedroom that sleeps six, dedicates one-third of its space to food production. Its tropical jungle supports parakeets and cockatiels (not for consumption) and a garden bursting with fruits and vegetables, including grapes, artichokes, lemons, melons, kale, squash, hot peppers and mushrooms that cling to a log. Chickens cluck around the back yard, which features a sunken den with a grill for coop-to-kebob meals. An indoor fishpond once contained a robust stock of tilapia before a group of guests threw a fish fry. Now, the littlest survivors swim laps with koi. For the dairy course, the staff is considering resident goats.

But once again, why go to all of this effort if a new era of peace and prosperity for humanity is right around the corner?

I really like what Carl Gallups had to say about this.  Carl is the author of Be Thou Prepared, and this is what he told WND about the preparations that the elite are making…

“I think that the rich and elite are becoming increasingly aware of the dangerous and potentially unstable world in which we now reside,” he warned. “Massive instances of civil unrest, even in America, are becoming a very real possibility. Internal terror attacks, swelling illegal alien populations, an influx of Islamic refugees, increasing racial discord, ambushing police officers, the rule of law continually being trampled by the political elite and an almost complete collapse of trust in the mainstream media – all of this has led to widespread cynicism and distrust among the population as a whole.”

Gallups noted “the rich usually have deeper connections to reliable information and prediction sources, and most of them have the means to take immediate action.”

I believe that Carl Gallups is right on the money.

Normally I am extremely hard on the elite, but in this case I believe that they are showing much more wisdom than the general population.

So many people are crying “peace and safety” right now, and yet we are right in the middle of what I have labeled “the danger zone“.

Our world is becoming more unstable with each passing day, but there is so much apathy among the American people at the moment.

I just don’t understand it.

The self-destructive behavior that we are engaging in as a nation is a recipe for national suicide, and the warning signs are all around us, but because disaster has not struck yet most people seem to believe that the warnings that they have been hearing are not true.

Meanwhile, the elite are preparing extremely hard for an imminent “apocalypse”, and I have a feeling that they are going to end up looking like the smart ones once it is all said and done.