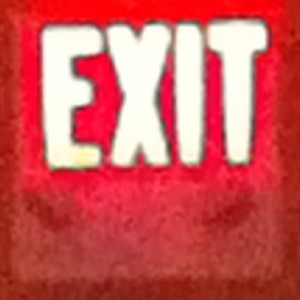 If wonderful times are ahead for U.S. financial markets, then why is so much of the smart money heading for the exits?  Does it make sense for insiders to be getting out of stocks and real estate if prices are just going to continue to go up?  The Dow is up about 17 percent so far this year, and it just keeps setting new record high after new record high.  U.S. home prices have risen about 11 percent from a year ago, and some analysts are projecting that we are on the verge of a brand new housing boom.  Why would the smart money want to leave the party when it is just getting started?  Well, of course the truth is that the “smart money” is regarded as being smart because they usually make better decisions than other people do.  And right now the smart money is screaming that it is time to get out of the markets.  For example, the SentimenTrader Smart/Dumb Money Index is now the lowest that it has been in more than two years.  The smart money is busy selling even as the dumb money is busy buying.  So precisely what does the smart money expect to happen?  Are they anticipating a market “correction” or something bigger than that?

Those are very good questions.  Unfortunately, the smart money rarely divulges their secrets, so we can only watch what they do.  And right now a lot of insiders are making some very interesting moves.

For example, George Soros has been dumping almost all of his financial stocks.  The following is from a recent article by Becket Adams…

Everyone’s favorite billionaire investor is back in the spotlight, and this time he has a few people wondering what he’s up to.

George Soros has dumped his position with several major banks including JPMorgan Chase, Capitol One, SunTrust, and Morgan Stanley. He has reduced his exposure to Citigroup and decreased his stake in AIG by two-thirds.

In fact, Soros’ financial stock holdings are down by roughly 80 percent, a massive drop from his position just three months ago, according to SNL Financial.

So exactly what is going on?

Why is Soros doing this?

Well, there is certainly a lot to criticize when it comes to Soros, but you can’t really blame him if he is just taking his profits and running.  Financial stocks have been on a tremendous run and that run is going to end at some point.  Smart investors lock in their profits while they still can.

And without a doubt, stocks have become completely divorced from economic reality in recent months.  For example, there is usually a very close relationship between corporate earnings and stock prices.  But as CNBC recently reported, that relationship has totally broken down lately…

That trend disrupted a formerly symbiotic relationship between earnings and stock prices and is indicating that the bluechip average is in for a substantial pullback, according to Tom Kee, who runs the StockTradersDaily investor web site.

“They’ve been moving in tandem since 2009, until recently. Earnings per share for the Dow Jones industrial average have flatlined and the price has taken off,” Kee said. “There is something happening here that defines a bubble.”

At some point there will be a correction.  If the relationship between earnings and stock prices was where it should be, the Dow would be  around 13,500 right now.  That would be a fall of nearly 2,000 points from where it is at the moment.

And we appear to be entering a time when revenues at many corporate giants are actually declining.  As I noted in a previous article, corporate revenues are falling at Wal-Mart, Proctor and Gamble, Starbucks, AT&T, Safeway, American Express and IBM.

Of course a stock market “correction” can turn into a crash very easily.  Financial markets in Japan are already crashing, and many fear that the escalating problems in the third largest economy on the planet will soon spill over into Europe and North America.

And things in Europe just continue to get steadily worse.  In fact, the New York Times is reporting that the European Central Bank is warning that the risk of a “renewed banking crisis” in Europe is rising…

The European Central Bank warned on Wednesday that the euro zone’s slumping economy and a surge in problem loans were raising the risk of a renewed banking crisis, even as overall stress in the region’s financial markets had receded.

In a sober assessment of the state of the zone’s financial system, the E.C.B. said that a prolonged recession had made it harder for many borrowers to repay their loans, burdening banks that had still not finished repairing the damage caused by the 2008 financial crisis.

“We see building evidence of a cyclical downturn,” said Fredrik Nerbrand, HSBC’s global asset guru. “We find it highly troubling that the eurozone is still marred in a recession at the same time as our cyclical indicators appear to have peaked.”

In the United States, a lot of the smart money has also decided that it is time to bail out of the housing market before this latest housing bubble bursts.  The following is one example of this phenomenon that was discussed in a recent Businessweek article…

Now, with house prices climbing at the fastest pace in seven years and investors swamping the rental market, Rose says it no longer makes sense to be a buyer.

“We just don’t see the returns there that are adequate to incentivize us to continue to invest,” Rose, 55, chief executive officer of Carrington Holding Co. LLC, said in an interview at his Aliso Viejo, California office. “There’s a lot of — bluntly — stupid money that jumped into the trade without any infrastructure, without any real capabilities and a kind of build-it-as-you-go mentality that we think is somewhat irresponsible.”

Is there a reason why the smart money is suddenly getting out of stocks and real estate?

It could just be that the insiders are simply responding to market dynamics and that many of them are just seeking to lock in their profits.

Or it could be something much more than that.

Why are so many insiders heading for the exits right now?