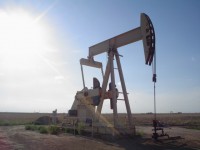 The price of oil has been hovering around 80 dollars a barrel for quite some time now, but get ready, because it is going to move significantly higher.  Oil prices have already risen about 9 percent over the past month, and many believe that this could very well be the start of a new trend.  Lawrence Eagles, a top analyst at JP Morgan, recently made headlines across the globe when he stated that oil could hit 100 dollars a barrel “much sooner than we expect”.  Not only that, but a number of top OPEC officials are also publicly discussing the possibility of 100 dollar oil.  But just because a few people are talking about it does not mean that it is going to happen.  So are there any other reasons why we should anticipate a significant increase in the price of oil?

*The Decline Of The U.S. Dollar

*The Threat Of Quantitative Easing By The Federal Reserve

*Other Commodities Have Been Skyrocketing

Over recent weeks, the prices of a wide array of key commodities have been absolutely skyrocketing.  As I noted in a previous article, not only has the price of gold been setting records, the truth is that almost every major commodity has been spiking.  In a recent column entitled “An Inflationary Cocktail In The Making“, Richard Benson noted some of the commodity price increases that he has been tracking this year….

*The Strikes In France

The austerity strikes in France have interrupted the flow of gasoline in that country.  Once the strikes are over there will be an increase in demand as inventories are restocked.

*Increased Demand From China And Other Emerging Nations

Most analysts are forecasting that the demand for oil in China and other emerging nations will continue to grow at an impressive pace.  This growing demand will also cause upward pressure on the price of oil.

*The Potential Of War In The Middle East

So how soon will oil reach the 100 dollar mark?

That is very hard to say.

But even now, Americans are already having to dig deeper into their wallets at the gas pump.

For the two week period ending October 22nd, the average price of gasoline in the United States increased 5.23 cents to $2.82 a gallon.

As the price of oil continues to rise significantly over the long-term, it is going to have an impact on thousands of other prices.  Virtually all products must be transported, and an increase in the price of oil will cause those transportation costs to go up.

So an increase in the price of oil would be really bad news.

If we do see 100 dollar oil, that will be a huge challenge for the U.S. economy.

If we end up seeing 150 dollar oil (especially for an extended period of time) it will be an absolute nightmare for the U.S. economy.

So where do you think the price of oil is going?  Feel free to leave a comment with your opinion….