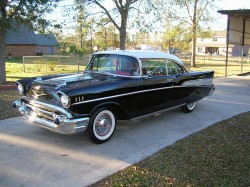 Very few things illustrate how dramatically America has been deindustrialized than the stunning decline of the U.S. auto industry.  Once upon a time, the United States literally taught the rest of the world how to make cars.  We were the ones that invented the assembly line.  We were the ones that showed the rest of the world what mass production could do for an economy.  For decades, we produced more cars than anyone else and we sold more cars than anyone else.  Detroit was known as “the Motor City” and our manufacturing prowess dominated the planet.  But now all of that has changed.  Japan makes far more vehicles than we do today.  So does Germany.  As you read this, state of the art production facilities are going up all over China.  Meanwhile, the U.S. auto industry continues to rot and thousands upon thousands of good automotive jobs continue to leave our shores.  The rest of the world is making cars better than we are, they are making them cheaper than we are and they really don’t care that many of our formerly great manufacturing cities are turning into rotting, stinking hellholes.  The U.S. auto industry was once a symbol of American dominance, but now it is just a symbol of American decline.  If we want to remain a great nation, then we need to start becoming great at making things once again.

The following are 17 facts about the decline of the U.S. auto industry that are almost too crazy to believe….

#5 Do you remember when the United States was the dominant manufacturer of automobiles and trucks on the globe?  Well, in 2010 the U.S. ran a trade deficit in automobiles, trucks and parts with the rest of the world of $110 billion.

#6 Japan builds more cars than anyone else on the globe.  Japan now manufactures about 5 million more automobiles than the United States does.

#7 In 2010, South Korea exported approximately 12 times as many automobiles to us as we exported to them.

#8 According to the New York Times, a Jeep Grand Cherokee that costs $27,490 in the United States costs about $85,000 in China thanks to new tariffs.

#12 Detroit was once known as the “Motor City”, but in recent decades automobile production has been leaving Detroit at a staggering pace.  One analysis of census figures found that 48.5% of all men living in Detroit from age 20 to age 64 did not have a job during 2008.

#14 Since Alan Mulally became CEO of Ford, the company has reduced its North American workforce by nearly half.

#15 Today, only about 40 percent of Ford’s 178,000 workers are employed in North America, and a significant portion of those jobs are in Canada and Mexico.

#16 The average Mexican auto worker brings in less than a tenth of the total compensation that a U.S. auto worker makes.

Sadly, it is not just the auto industry in America that is falling apart.  In fact, almost everywhere you look in our economy (and in our society as a whole) there is decay and decline.

Recently, I wrote an article entitled “24 Statistics To Show To Anyone Who Believes That America Has A Bright Economic Future“.  In that article, I discussed many of the long-term trends that are systematically destroying this nation.

Just because we have had it so good for so long does not mean that it will always be that way.

We lived off the wealth created by previous generations for a long time, but that was not enough for us.  We always wanted more.  Eventually we started going into massive amounts of debt so that we could keep this bubble of “false prosperity” going.

Today, when you add up all forms of debt in America, it comes to over 50 trillion dollars.

We are a great nation that is in an accelerating state of decline.

We have got to quit living off of the past accomplishments of previous generations.

We have got to quit being so lazy and decadent and spoiled.

There is absolutely no guarantee that America will always be a great nation.  In fact, when great nations fall, it usually happens very quickly.

I’m still proud to be an American, but the decay and the decline that I see all across this country sickens me.

And it should sicken you too. 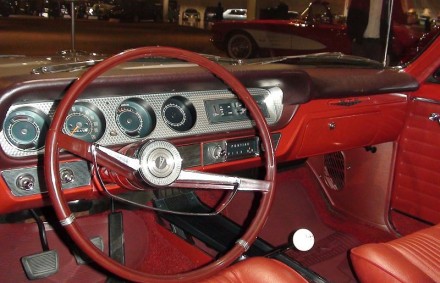