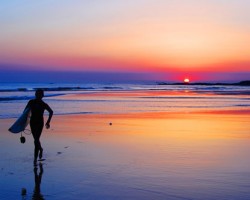 In recent days, the fact that Mitt Romney has millions of dollars parked down in the Cayman Islands has made headlines all over the world.  But when it comes to offshore banking, what Mitt Romney is doing is small potatoes.  The truth is that the global elite are hiding an almost unbelievable amount of money in offshore banks.  According to shocking research done by the IMF, the global elite are holding a total of 18 trillion dollars in offshore banks.  And that figure does not even count any money being held in Switzerland.  That is a staggering amount of money.  Keep in mind that U.S. GDP in 2010 was only 14.58 trillion dollars.  So why do the global elite go to such trouble to hide their money in offshore banks?  Well, there are two main reasons.  One is privacy and the other is low taxation.  Privacy is a big issue for those that are involved in illegal enterprises such as drug running, but the biggest reason why people move money into offshore banks is in order to avoid taxes.  Some set up bank accounts in foreign nations because they want to legally minimize their taxes and others set up bank accounts in foreign nations because they want to illegally avoid taxes.  You would be absolutely amazed at what some large corporations and wealthy individuals do to get out of paying taxes.  Unfortunately, the vast majority of the rest of us don’t have the resources or the knowledge to play these games, so we get taxed into oblivion.

So why do they call it “offshore banking”?

Well, the term originally developed because the banks on the Channel Islands were “offshore” from the United Kingdom.  Most “offshore banks” are still located on islands today.  The Cayman Islands, Bermuda, the Bahamas, and the Isle of Man are examples of this.  Other “offshore banking centers” such as Monaco are actually not “offshore” at all, but the term applies to them anyway.

Traditionally, these offshore banking centers have been very attractive to both criminals and to the global elite because they would not tell anyone (including governments) about the money that anyone had parked there.

These days some governments (particularly the U.S. government) are trying to change this, but we certainly will not see the end of offshore banking any time soon.

The amount of money that goes through these offshore banks is absolutely astounding.

It has been estimated that 80 percent of all international banking transactions take place through these offshore banks.  $1.4 trillion is being held in offshore banks in the Cayman Islands alone.

One article in the Guardian estimated that a third of all the wealth on the entire globe is being held in offshore banks, and others believe that as much as half of all the capital in the world flows through offshore banks at some point.

Obviously, all of this tax avoidance means that governments around the world are missing out on a whole lot of money.

It has been estimated that the U.S. government is missing out on $100 billion a year because of these offshore banks.  Others would put that figure significantly higher.

Avoiding taxes is a game that the global elite have mastered.  They are playing a whole different ballgame than you and I are.  They don’t just sit there like idiots and get blasted with taxes.  Instead, they hire the best experts and they employ every trick in the book to hold on to as much money as they possibly can.

These days, taking advantage of offshore tax havens is not that complicated to do.  The following is from a recent Politico article….

A plausible scenario plays out like this: I hire an accountant. Doing her job, my accountant tells me that if I sign a few legal documents and route my money through a small Caribbean island, I could keep more of my paycheck and pay a lower tax rate. I may have earned my money in the United States, but legally I can claim that it was, in fact, earned in a tax haven.

If it is legal, perhaps more of us should look into this.

During a campaign stop recently, Romney said the following….

“I can tell you we follow the tax laws”

I certainly believe him when he says that.  But it is what he said next that is troubling….

“And if there’s an opportunity to save taxes, we like anybody else in this country will follow that opportunity.”

I certainly believe him when he says that too.

Something has got to work pretty well to want to do it 138 times.

But Bain Capital was also very busy over in other offshore banking centers as well.

One of the largest shell companies that Bain set up down in the Caribbean was called Sankaty High Yield Asset Investors Ltd.  It did not have an office in Bermuda and it had no staff in Bermuda.  But it helped clients of Bain Capital avoid a whole lot of taxes.

The following comes from a 2007 Los Angeles Times article….

In Bermuda, Romney served as president and sole shareholder for four years of Sankaty High Yield Asset Investors Ltd. It funneled money into Bain Capital’s Sankaty family of hedge funds, which invest in bonds and other debt issued by corporations, as well as bank loans.

Like thousands of similar financial entities, Sankaty maintains no office or staff in Bermuda. Its only presence consists of a nameplate at a lawyer’s office in downtown Hamilton, capital of the British island territory.

“It’s just a mail drop, essentially,” said Marc B. Wolpow, who worked with Romney for nine years at Bain Capital and who set up Sankaty Ltd. in October 1997 without ever visiting Bermuda. “There’s no one doing any work down there other than lawyers.”

The amount of money being funneled through Sankaty today is absolutely stunning….

Today, Bain Capital manages $60 billion in assets, according to a spokesman. The total includes $23 billion in Sankaty debt and credit funds. Half a dozen Sankaty affiliates now are active in Bermuda, corporate registry records show.

The Sankaty debt hedge funds are organized as partnerships in Delaware that produce taxable business income by investing in fixed-income bonds and other debt instruments. Under tax law, even tax-exempt U.S. institutions may face a 35% tax if they invest directly in such hedge funds. By investing instead through a Bermuda corporation, the taxes are legally blocked, experts say.

Of course all of this is perfectly legal.

So nobody gets into trouble for any of this.

By keeping money offshore, even those managing these kinds of funds can avoid being taxed.

Victor Fleischer, a tax professor at the University of Colorado Law School, recently explained how this works….

So was Romney doing this?

We may never know unless he shows us his tax returns.

What we do know is that Romney has millions of dollars of his own personal wealth invested in offshore tax havens.

The following comes from ABC News….

In addition to paying the lower tax rate on his investment income, Romney has as much as $8 million invested in at least 12 funds listed on a Cayman Islands registry. Another investment, which Romney reports as being worth between $5 million and $25 million, shows up on securities records as having been domiciled in the Caymans.

But Romney does not just have money invested down in the Cayman Islands.  Apparently his money is invested in a whole host of offshore tax havens.

The following quote comes from a Reuters article….

Bain funds in which Romney is invested are scattered from Delaware to the Cayman Islands and Bermuda, Ireland and Hong Kong, according to a Reuters analysis of securities filings.

So is there anything wrong with this?

Well, it depends on how you define “wrong”.

What Romney is doing is perfectly legal.

So now we may have a few hints as to why Romney may not want to release his old tax returns.

But as noted above, what Romney is doing is just small potatoes compared to what the ultra-wealthy do.

The U.S. Congress has been trying to clamp down on offshore banking, but the ultra-wealthy are always two or three steps ahead of them.

The ultra-wealthy will go to just about any extreme in order to avoid paying taxes.

In fact, the Washington Post has reported that an increasing number of wealthy individuals are actually deciding to renounce their citizenship rather than face the wrath of the IRS.

The ultra-wealthy aren’t really concerned that much with national citizenship anyway.  If they want to influence an election, they can have far more influence by donating a few million bucks to a “Super PAC” than they can by casting the few votes that they have.

In a previous article, I described how the ultra-wealthy use offshore banks as a “shadow banking system” that plays by rules that most people don’t even know exist….

Most among the global elite simply do not care that U.S. debt is climbing into the stratosphere.  All they care about is keeping as much of their own money in their pockets as they possibly can.

Of course there are always exceptions to this rule.  Warren Buffett recently wrote a check to the U.S. Treasury for a little more than $49,000 to help pay off the national debt.

But considering the fact that the U.S. national debt is increasing by more than 100 million dollars an hour, that didn’t exactly do much to help.

Of course if we got rid of the personal income tax and the corporate income tax entirely and replaced them with a completely new system we could get rid of all of this game playing once and for all.

But what do you think the odds are of that happening? 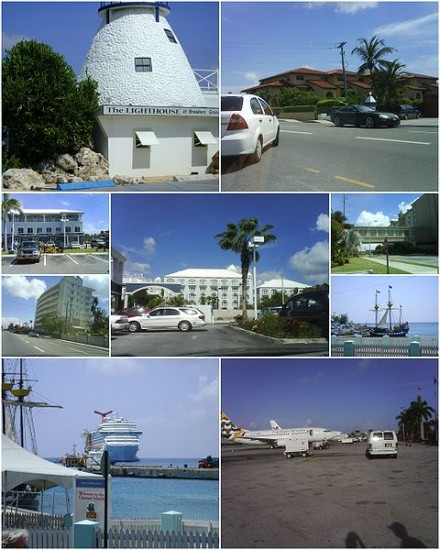