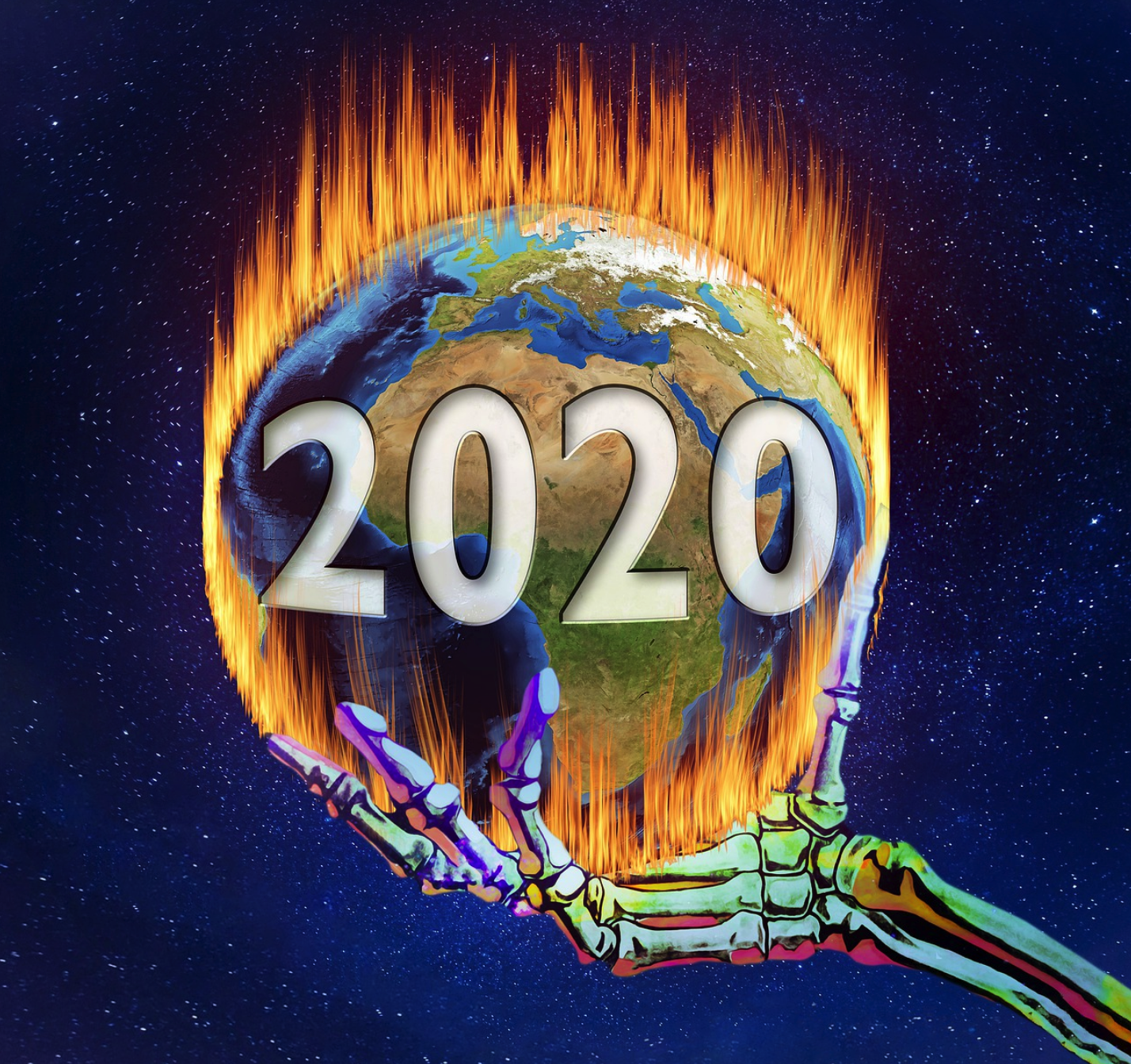 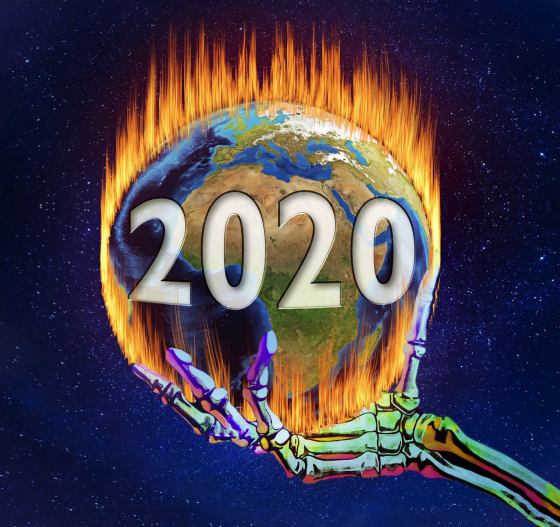 Most of us have never experienced a year that has been as tough as 2020 has been for our nation.  It has just been one major crisis after another, and the month of September has brought us even more trouble.  The worst wildfire season in the history of the state of California has been making headlines day after day, and now the passing of Ruth Bader Ginsburg threatens to escalate the political turmoil in this nation to an entirely new level.  Many had such high hopes for 2020, but at this point this year has been such a disaster that USA Today is calling it “an American nightmare”, and it is difficult to argue with their reasoning…

First the pandemic, which divided us, economically devastated us, and has killed nearly 200,000 of us. Then the racial unrest, erupting at the deaths of more Black Americans at the hands of police: George Floyd, Breonna Taylor, Rayshard Brooks, Daniel Prude.

Now the extreme weather. For only the second time in history, the National Hurricane Center has moved into the Greek alphabet for storm names. This season’s wildfires are bigger, deadlier and more frequent than in years past. In the West, people can’t breathe.

And now a member of the U.S. Supreme Court has died with about a month and a half to go until we get to election day.

The shocking death of Ruth Bader Ginsburg has stunned the entire country, and I will share my analysis on where things could go from here on The Most Important News later tonight.

In this article, I want to focus on the economic impact that all of this chaos is having.

Since the pandemic first started, more than 60 million Americans have filed new claims for unemployment benefits, and that is a threshold that has never been crossed before in all of our history.

And we have also seen businesses shut down at a pace that is hard to fully grasp.  If you can believe it, more than 160,000 businesses listed on Yelp say “that they have closed”…

Yelp on Wednesday released its latest Economic Impact Report, revealing business closures across the U.S. are increasing as a result of the coronavirus pandemic’s economic toll.

As of Aug, 31, 163,735 businesses have indicated on Yelp that they have closed. That’s down from the 180,000 that closed at the very beginning of the pandemic. However, it actually shows a 23% increase in the number of closures since mid-July.

I was most alarmed by that last sentence.

Things were supposed to be getting a lot better by now, but instead we have seen “a 23% increase in the number of closures since mid-July”.

In addition to monitoring closed businesses, Yelp also takes into account the businesses whose closures have become permanent. That number has steadily increased throughout the past six months, now reaching 97,966, representing 60% of closed businesses that won’t be reopening.

So what this means is that none of us should be expecting a return to what we considered to be “normal” prior to 2020.

In fact, it is likely that we will see large numbers of businesses continue to fail in the months ahead.  According to Fox Business, a whopping 40 percent of all U.S. restaurants “could go under within the next six months”…

At least 40% of restaurant operators struggling to stay afloat during the coronavirus pandemic believe their businesses could go under within the next six months if there is no additional stimulus package from the federal government, according to a new survey by the National Restaurant Association.

With one in every six restaurants closed permanently or for the “long term,” the industry is on track to lose $240 billion in sales by the end of the year, according to the National Restaurant Association’s findings on the impact COVID-19 has on the restaurant business.

Should we bail out the restaurant industry?

By the way, the airline industry really wants a bailout too.

And just about every other industry is looking for government help as well.

The reason why almost everyone has their hands out is because we have plunged into a crippling economic depression, and everyone is starting to realize that there is no end in sight to this downturn.

Of course most average citizens also want another round of “stimulus checks” from the federal government, and we are being told that there is a really good chance that “the economy backslides” if that does not happen…

Lawmakers remain deadlocked over a measure to provide another round of $1,200 checks to most households and more aid to struggling small businesses and unemployed Americans. Most saw the money they received from Congress’s $2.2 trillion CARES Act run dry over the summer.

“If they don’t” approve another stimulus, “they’re taking a huge risk, says Mark Zandi chief economist of Moody’s Analytics. “The odds are better than even the economy backslides.”

We have already stolen several trillion dollars from future generations of Americans so far this year to fund “stimulus packages”, and so a lot of people figure that it probably wouldn’t make that much of a difference if we stole several trillion more to fund another one.

And the Federal Reserve has been flooding the financial system with so much new money that it makes everything that they have ever done in the past look completely insignificant.

In the process, our authorities are systematically destroying the reserve currency that the entire globe depends upon, but at this point very few people seem to care.

So we continue to steamroll toward economic oblivion, and nobody is even thinking about hitting the brakes.

In the USA Today article that I quoted at the start of this piece, the author stated that it is “impossible to know if the worst is behind us or still lies ahead”…

Many of us are vacillating between horror and disbelief at what can only be described as an American nightmare. Devastation doesn’t cover it. It’s impossible to know if the worst is behind us or still lies ahead.

Of course that is not true at all.  In fact, it is exceeding clear that what is ahead of us is going to be much, much worse than what we have already experienced.

But most Americans don’t want to hear that.

Most of us just want to cling to the belief that someday we will wake up and everything will have returned to normal.

That may happen in fairy tales, but this is real life, and real life simply does not work that way.