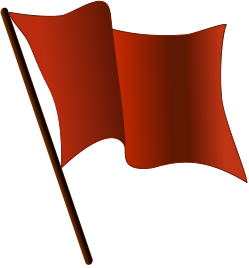 If you enjoy watching financial doom, then you are quite likely to really enjoy the rest of 2012.  Right now, red flags are popping up all over the place.  Corporate insiders are selling off stock like there is no tomorrow, major economies all over Europe continue to implode, the IMF is warning that the eurozone could actually break up and there are signs of trouble at major banks all over the planet.  Unfortunately, it looks like the period of relative stability that global financial markets have been enjoying is about to come to an end.  A whole host of problems that have been festering just below the surface are starting to manifest, and we are beginning to see the ingredients for a “perfect storm” start to come together.  The greatest global debt bubble in human history is showing signs that it is getting ready to burst, and when that happens the consequences are going to be absolutely horrific.  Hopefully we still have at least a little bit more time before the global financial system implodes, but at this point it doesn’t look like anything is going to be able to stop the chaos that is on the horizon.

The following are 22 red flags that indicate that very serious doom is coming for global financial markets….

#1 According to CNN, the level of selling by insiders at corporations listed on the S&P 500 is the highest that it has been in almost a decade.  Do those insiders know something that the rest of us do not?

#2 Home prices in the United States have fallen for six months in a row and are now down 35 percent from the peak of the housing market.  The last time that home prices in the U.S. were this low was back in 2002.

#3 It is now being projected that the Greek economy will shrink by another 5 percent this year.

#4 Despite wave after wave of austerity measures, Greece is still going to have a budget deficit equivalent to about 7 percent of GDP in 2012.

#5 Interest rates on Italian and Spanish sovereign debt are rapidly rising.  The following is from a recent RTE article….

Spain’s borrowing rate nearly doubled in a short-term debt auction as investors fretted over the euro zone’s determination to deal with its debts.

And Italy raised nearly €3.5 billion in a short-term bond sale today but at sharply higher interest rates amid fresh concerns over the euro zone outlook, the Bank of Italy said.

#6 The government of Spain recently announced that its 2011 budget deficit was much larger than originally projected and that it probably will not meet its budget targets for 2012 either.

#7 Amazingly, bad loans now make up 8.15 percent of all loans on the books of Spanish banks.  That is the highest level in 18 years.  The total value of all toxic loans in Spain is equivalent to approximately 13 percent of Spanish GDP.

#8 One key Spanish stock index has already fallen by more than 19 percent so far this year.

#9 The Spanish government has announced a ban on all cash transactions larger than 2,500 euros.  Many are interpreting this as a panic move.

#10 It is looking increasingly likely that a major bailout for Spain will be needed.  The following is from a recent Reuters article….

Economic experts watching Spain don’t know how much money will be needed or precisely when, but some are near certain that Madrid will eventually seek a multi-billion euro bailout for its banks, and perhaps even for the state itself.

“Italy is already out of fiscal space, in our estimate.” said Moody’s. “Its debt levels relative to GDP already exceed a manageable level. The manageable limit for Italian 10-year bond yields is estimated at 4.2pc. As of Wednesday, Italian 10-year yields were 5.46pc.”

#12 It is being projected that the Portuguese economy will shrink by 5.7 percent during 2012.

#13 There is even trouble in European nations that have been considered relatively stable up to this point.  For example, the Dutch government collapsed on Monday after austerity talks broke down.

#14 The head of the IMF, Christine Lagarde, says that there are “dark clouds on the horizon” for the global economy.

#15 The top economist for the IMF, Olivier Blanchard, recently made this statement: “One has the feeling that at any moment, things could get very bad again.”

#16 A recent IMF report admitted that the current financial crisis could lead to the break up of the eurozone….

Under these circumstances, a break-up of the euro area could not be ruled out. The financial and real spillovers to other regions, especially emerging Europe, would likely be very large.

This could cause major political shocks that could aggravate economic stress to levels well above those after the Lehman collapse.

#17 George Soros is publicly declaring that the European Union could soon experience a collapse similar to what happened to the Soviet Union.

#18 A member of the European Parliament, Nigel Farage, stated during one recent interview that it is inevitable that some major banks in Europe will collapse….

There are going to be some serious banking collapses and the impact of that on some sovereign states, will be serious. I’m afraid we’ve gotten to a point where we really can’t stop this now. We’re beginning to reach a stage where however much false money you create, the problem becomes bigger than the people trying to solve it. We are very close to that point.

When I talk about the threats and the risk that this thing could wind up in some kind of rebellion, some sort of awful social cataclysm, they (other European politicians) are now very worried indeed. They will talk to you in private, but in public, nobody dares utter a word.

I think the deterioration, in the last two or three weeks, in the eurozone is very serious indeed. It’s the bond spreads in Italy and Spain. It’s the fact that youth unemployment is now over 50% in some of these Mediterranean countries.

It’s riot and disorder on the streets. And yet a month ago I was here and there was Herman Van Rumpuy telling us, ‘We’ve turned the corner. Everything is solved. There are no more problems with the eurozone.’ What a pack of jokers they look like.”

#19 The IMF is projecting that Japan will have a debt to GDP ratio of 256 percent by next year.

#21 Over the past six months, hundreds of prominent bankers have resigned all over the globe.  Is there a reason why so many are suddenly leaving their posts?

#22 The 9 largest U.S. banks have a total of 228.72 trillion dollars of exposure to derivatives.  That is approximately 3 times the size of the entire global economy.  It is a financial bubble so immense in size that it is nearly impossible to fully comprehend how large it is.

The financial crisis of 2008 was just a warm up act for what is coming.  The too big to fail banks are larger than ever, the governments of the western world are in far more debt than they were back then, and the entire global financial system is more unstable and more vulnerable than ever before.

But this time the epicenter of the financial crisis will be in Europe.

Outside of Europe, most people simply do not understand how truly nightmarish the European economic crisis really is.

Spain, Italy and Portugal are all heading for an economic depression and Greece is already in one.

The European Central Bank was able to kick the can down the road a little bit by expanding its balance sheet by about a trillion dollars over the last nine months, but the truth is that the underlying problems in Europe just continue to get worse and worse.

It truly is like watching a horrible car wreck happen in slow motion.

The good news is that there is still a little time to get yourself into a better position for the next financial crisis.  Don’t leave yourself financially exposed to the next crash.

Sadly, just like back in 2008, most people will never even see this next crisis coming. 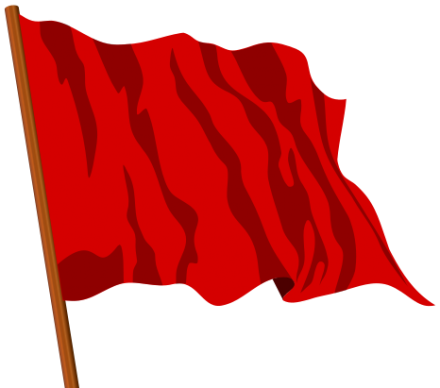