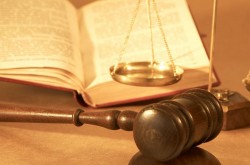 Do you ever get the feeling that the middle class in America is shrinking?  Well, you are not imagining things.  A confluence of very troubling long-term economic trends has created an environment in which the middle class in America is being absolutely shredded.  Today, most American families would be absolutely thrilled if they could live as well as past generations did.  The dream of receiving a solid education, getting a good job, owning a beautiful home and enjoying the good things that America has to offer is increasingly becoming out of reach for a growing number of Americans.  The reality is that even though our population has grown, there are less jobs than there used to be.  A much higher percentage of the jobs that remain are low income jobs.  Millions of middle class American families are desperately trying to hang on as inflation far outpaces the growth of their paychecks.  Millions of others have fallen completely out of the middle class and are now totally dependent on the government for survival.  We once had the largest, most vibrant middle class in the history of the world, but now way too much unemployment, way too much inflation, way too much greed and way too much debt are all starting to catch up with us.  America is changing, and not for the better.

When most of us were growing up, we understood that there was an unspoken promise that if we got good grades, stayed out of trouble, worked really hard and did everything we were told to do, the system would reward us.

Well, today there are millions of Americans that have done all of those things but don’t have anything to show for it.

As large numbers of hard working people continue to fall out of the middle class, there is a growing sense that “the system” has betrayed us all.

Sadly, the truth is that the U.S. economy is dying.  The endless prosperity that we all enjoyed in the past is gone and it is never going to come back.

The following are 34 pieces of evidence that prove that the middle class in America is rapidly shrinking….

#3 Only 63.5 percent of all men in the United States had a job last month.  According to Bloomberg, that figure is “just slightly above the December 2009 nadir of 63.3%. These are the lowest numbers since 1948.”

#5 According to one recent survey, 64 percent of Americans would be forced to borrow money if they had an unexpected expense of $1000.

#6 The wealthiest 1% of all Americans now control 40 percent of all the wealth in this country.

#7 The poorest 50% of all Americans now control just 2.5% of all the wealth in this country.

#8 The wealthiest 1% of all Americans now own over 50% of all the stocks and bonds.

#9 According to the Washington Post, the average yearly income of the bottom 90 percent of all U.S. income earners is just $31,244.

#12 Only the top 5 percent of all U.S. households have earned enough additional income to match the rise in housing costs since 1975.

#13 During this economic downturn, employee compensation in the United States has been the lowest that it has been relative to gross domestic product in over 50 years.

#14 According to the Bureau of Economic Analysis, health care costs accounted for just 9.5% of all personal consumption back in 1980.  Today they account for approximately 16.3%.

#15 Total credit card debt in the United States is now more than 8 times larger than it was just 30 years ago.

#16 There are fewer payroll jobs in the United States today than there were back in 2000 even though we have added 30 million people to the population since then.

#18 The competition for even the most basic jobs has become absolutely brutal.  Approximately 7 percent of all those that apply to get into Harvard are accepted.  At a recent “National Hiring Day” held by McDonald’s only about 6.2 percent of the one million Americans that applied for a job were hired.

#19 It now takes the average unemployed worker in America about 40 weeks to find a new job.

#23 In the United States today, there are more than 100,000 janitors and more than 317,000 waiters and waitresses that have college degrees.

#24 17 million college graduates are doing jobs that do not even require a college degree.

#25 According to one recent survey, 36 percent of Americans say that they don’t contribute anything at all to retirement savings.

#29 Today, one out of every four American children is on food stamps.

#31 The number of Americans that are going to food pantries and soup kitchens has increased by 46% since 2006.

#32 One out of every six elderly Americans now lives below the federal poverty line.

#33 In the United States, over 20 percent of all children are now living in poverty.  In the UK and in France that figure is well under 10 percent.

#34 According to the Federal Reserve, the richest one percent of all Americans have a greater net worth than the bottom 90 percent combined.

As the middle class continues to shrivel up and die, the number of desperate people is going to continue to grow.

In the past, I have written extensively about how many Americans are already becoming so desperate that they will do just about anything for money.

One unemployed man down in the Phoenix area that had reportedly robbed 12 banks told police the following about why he did it….

As millions more Americans fall into poverty, we are going to see a lot more crime.

Most of these people are not going to commit crimes because they enjoy them.  Rather, they will be doing what they feel they need to do in order to survive.

Not all of the shady activity will be so violent.  Desperation comes out in different ways.  For example, there are now actually websites where women advertise their “services” to potential “sugar daddies” that will help them with college expenses or support them financially.

Hopefully those reading this article will never resort to those kinds of things.

Yes, things are going to be tough, but there are always good alternatives if you are willing to look hard enough for them.

If you really need a job right now, pay close attention to the next couple of points.  Good jobs are very hard to come by in most areas at the moment, so you may have to be willing to make some sacrifices if you are desperate.

According to Bloomberg, there is a substantial shortage of truck drivers across the nation right now.

Driving a truck is really hard work, and it would take you away from home for extended periods of time, but the pay is pretty good.

If you are desperate for a job, this is something that you may want to look into.  There really is a shortage of truck drivers, and a paycheck is a paycheck.

Also, there are reportedly lots of jobs up in North Dakota right now.  Thanks to the oil boom up there, money is flowing and job opportunities are plentiful.

Just check out the following excerpt from a recent CNBC article about the employment boom going on in North Dakota right now….

Yes, it is really, really cold up in North Dakota.  There is very little housing available in the boom areas and for most of you it would require some significant sacrifices to take a job up there.

But there really are lots of jobs available up in North Dakota.  If you are desperate, you may want to really consider looking into it.

Now for the bad news.  Unfortunately, it is looking increasingly likely that we could have another major financial crisis some time fairly soon.

As I wrote about yesterday, Europe is a financial nightmare right now.  I honestly do not see any way that they are going to be able to fix things.

Fear is seemingly everywhere in Europe right now.  A recent article in The Telegraph entitled “Market crash ‘could hit within weeks’, warn bankers” postulated that we could be on the verge of a horrifying repeat of the financial crisis of 2008….

“The problem is a shortage of liquidity – that is what is causing the problems with the banks. It feels exactly as it felt in 2008,” said one senior London-based bank executive.

“I think we are heading for a market shock in September or October that will match anything we have ever seen before,” said a senior credit banker at a major European bank.

So you might want to try to get whatever kind of a job that you can right now before the next wave of the financial crisis hits.

Dark clouds are gathering on the horizon and things do not look promising.  The coming economic storms are going to be very hard on the middle class in America.

The number of good jobs is going to continue to decline and our paychecks are going to get stretched tighter and tighter.

The “system” is not going to save you.

The “system” is failing.