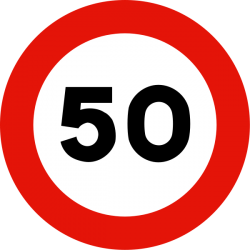 Even though most Americans have become very frustrated with this economy, the reality is that the vast majority of them still have no idea just how bad our economic decline has been or how much trouble we are going to be in if we don’t make dramatic changes immediately.  If we do not educate the American people about how deathly ill the U.S. economy has become, then they will just keep falling for the same old lies that our politicians keep telling them.  Just “tweaking” things here and there is not going to fix this economy.  We truly do need a fundamental change in direction.  America is consuming far more wealth than it is producing and our debt is absolutely exploding.  If we stay on this current path, an economic collapse is inevitable.  Hopefully the crazy economic numbers from 2011 that I have included in this article will be shocking enough to wake some people up.

At this time of the year, a lot of families get together, and in most homes the conversation usually gets around to politics at some point.  Hopefully many of you will use the list below as a tool to help you share the reality of the U.S. economic crisis with your family and friends.  If we all work together, hopefully we can get millions of people to wake up and realize that “business as usual” will result in a national economic apocalypse.

The following are 50 economic numbers from 2011 that are almost too crazy to believe….

#1 A staggering 48 percent of all Americans are either considered to be “low income” or are living in poverty.

#2 Approximately 57 percent of all children in the United States are living in homes that are either considered to be “low income” or impoverished.

#3 If the number of Americans that “wanted jobs” was the same today as it was back in 2007, the “official” unemployment rate put out by the U.S. government would be up to 11 percent.

#4 The average amount of time that a worker stays unemployed in the United States is now over 40 weeks.

#5 One recent survey found that 77 percent of all U.S. small businesses do not plan to hire any more workers.

#6 There are fewer payroll jobs in the United States today than there were back in 2000 even though we have added 30 million extra people to the population since then.

#7 Since December 2007, median household income in the United States has declined by a total of 6.8% once you account for inflation.

#8 According to the Bureau of Labor Statistics, 16.6 million Americans were self-employed back in December 2006.  Today, that number has shrunk to 14.5 million.

#9 A Gallup poll from earlier this year found that approximately one out of every five Americans that do have a job consider themselves to be underemployed.

#10 According to author Paul Osterman, about 20 percent of all U.S. adults are currently working jobs that pay poverty-level wages.

#13 One recent survey found that one out of every three Americans would not be able to make a mortgage or rent payment next month if they suddenly lost their current job.

#14 The Federal Reserve recently announced that the total net worth of U.S. households declined by 4.1 percent in the 3rd quarter of 2011 alone.

#15 According to a recent study conducted by the BlackRock Investment Institute, the ratio of household debt to personal income in the United States is now 154 percent.

#16 As the economy has slowed down, so has the number of marriages.  According to a Pew Research Center analysis, only 51 percent of all Americans that are at least 18 years old are currently married.  Back in 1960, 72 percent of all U.S. adults were married.

#17 The U.S. Postal Service has lost more than 5 billion dollars over the past year.

#18 In Stockton, California home prices have declined 64 percent from where they were at when the housing market peaked.

#19 Nevada has had the highest foreclosure rate in the nation for 59 months in a row.

#21 According to the U.S. Census Bureau, 18 percent of all homes in the state of Florida are sitting vacant.  That figure is 63 percent larger than it was just ten years ago.

#22 New home construction in the United States is on pace to set a brand new all-time record low in 2011.

#23 As I have written about previously, 19 percent of all American men between the ages of 25 and 34 are now living with their parents.

#24 Electricity bills in the United States have risen faster than the overall rate of inflation for five years in a row.

#25 According to the Bureau of Economic Analysis, health care costs accounted for just 9.5% of all personal consumption back in 1980.  Today they account for approximately 16.3%.

#26 One study found that approximately 41 percent of all working age Americans either have medical bill problems or are currently paying off medical debt.

#27 If you can believe it, one out of every seven Americans has at least 10 credit cards.

#31 Today, one out of every six elderly Americans lives below the federal poverty line.

#32 According to a study that was just released, CEO pay at America’s biggest companies rose by 36.5% in just one recent 12 month period.

#34 The six heirs of Wal-Mart founder Sam Walton have a net worth that is roughly equal to the bottom 30 percent of all Americans combined.

#36 If you can believe it, 37 percent of all U.S. households that are led by someone under the age of 35 have a net worth of zero or less than zero.

#37 A higher percentage of Americans is living in extreme poverty (6.7%) than has ever been measured before.

#38 Child homelessness in the United States is now 33 percent higher than it was back in 2007.

#39 Since 2007, the number of children living in poverty in the state of California has increased by 30 percent.

#43 A staggering 48.5% of all Americans live in a household that receives some form of government benefits.  Back in 1983, that number was below 30 percent.

#44 Right now, spending by the federal government accounts for about 24 percent of GDP.  Back in 2001, it accounted for just 18 percent.

#46 If Bill Gates gave every single penny of his fortune to the U.S. government, it would only cover the U.S. budget deficit for about 15 days.

#48 If the federal government began right at this moment to repay the U.S. national debt at a rate of one dollar per second, it would take over 440,000 years to pay off the national debt.

#49 The U.S. national debt has been increasing by an average of more than 4 billion dollars per day since the beginning of the Obama administration.

Of course the heart of our economic problems is the Federal Reserve.  The Federal Reserve is a perpetual debt machine, it has almost completely destroyed the value of the U.S. dollar and it has an absolutely nightmarish track record of incompetence.  If the Federal Reserve system had never been created, the U.S. economy would be in far better shape.  The federal government needs to shut down the Federal Reserve and start issuing currency that is not debt-based.  That would be a very significant step toward restoring prosperity to America.

During 2011 we made a lot of progress in educating the American people about our economic problems, but we still have a long way to go.

Hopefully next year more Americans than ever will wake up, because 2012 is going to represent a huge turning point for this country.