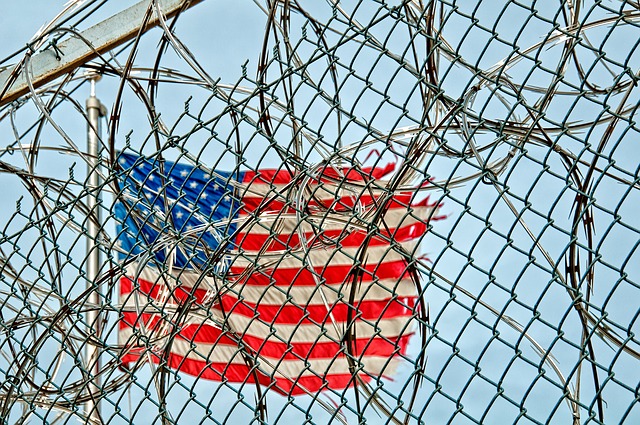 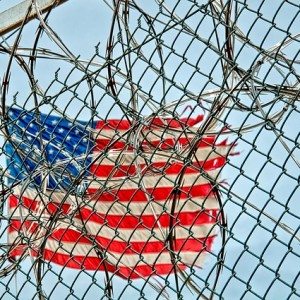 Why would the government want to punish people that are just trying to work hard, become more self-sufficient and take care of their families?  There are approximately 3 million preppers in the United States today, and often they appear to be singled out for punishment by bureaucratic control freaks that are horrified at the thought that there are families out there that actually want to try to become less dependent on the system.  So if you use alternative methods to heat your home, or if you are not connected to the utility grid, or if you collect rainwater on your property, or if you believe that parents should have the ultimate say when it comes to health decisions for their children, you could become a target for overzealous government enforcers.  Once upon a time, America was the land of the free and the home of the brave, but now we are being transformed into a socialist police state where control freak bureaucrats use millions of laws, rules and regulations to crack down on anyone that dares to think for themselves.

For example, people have been burning wood to heat their homes since this country began.  And this is still very common in rural areas.  But the Obama administration does not like this at all.  The Obama bureaucrats at the EPA fear that our little wood stoves may be contributing to “global warming”, so they have outlawed the production and sale of 80 percent of the wood stoves that are currently in use.  The following comes from a recent Forbes article…

It seems that even wood isn’t green or renewable enough anymore. The EPA has recently banned the production and sale of 80 percent of America’s current wood-burning stoves, the oldest heating method known to mankind and mainstay of rural homes and many of our nation’s poorest residents. The agency’s stringent one-size-fits-all rules apply equally to heavily air-polluted cities and far cleaner plus typically colder off-grid wilderness areas such as large regions of Alaska and the American West.

While EPA’s most recent regulations aren’t altogether new, their impacts will nonetheless be severe. Whereas restrictions had previously banned wood-burning stoves that didn’t limit fine airborne particulate emissions to 15 micrograms per cubic meter of air, the change will impose a maximum 12 microgram limit. To put this amount in context, EPA estimates that secondhand tobacco smoke in a closed car can expose a person to 3,000-4,000 micrograms of particulates per cubic meter.

Most wood stoves that warm cabin and home residents from coast-to-coast can’t meet that standard. Older stoves that don’t cannot be traded in for updated types, but instead must be rendered inoperable, destroyed, or recycled as scrap metal.

There are other preppers that try to use very “clean” methods to power their homes, but that is still not good enough for some government control freaks.

For example, one prepper down in south Florida that had gone “off the grid” was recently ordered by a court to connect back to the grid or face eviction from his home.  The following is an excerpt from a recent article by Guiles Hendrik…

Think you are still free to make choices in your life? Do you think the government will allow you to live independent of their utility monopolies? If you think so, try opting for renewable non-grid tied power and utilize environmentally friendly composting toilets and your own self-sufficient water supply. Today, those life choices could land you in jail if you live in South Florida. Take the case of Robin Speronis.

Robin Speronis has lived off the grid, independent of the city’s water and electric system. A Florida court ruled this off-the-grid living illegal last week and has given Robin until March to connect her home to a municipal water line or face possible eviction. Further, officials in the city of Cape Coral have justified this by deeming Robin’s home “unsanitary,” citing the International Property Maintenance Code. First of all, since when did we begin to locally recognize “international codes?” Where in the US Constitution does it provide for international jurisdiction over local codes? Ironically, this “international” code mandates that homes be connected to an electricity grid and a running water source, even though most of the world lives without reliable electricity and municipal water and sewer. Further, the code is outdated and obsolete because it was written without consideration to both old and new technologies that relegate the need for grid tied power and municipal water as unnecessary and expensive; especially, in locations where it simply isn’t feasible to have grid tied utilities. Nonetheless, Speronis’ home does in fact have power and water through far cheaper and more environmentally friendly means — solar panels and rainwater, but that reality is ignored by the local government.

Incredibly, most Americans still seem to believe that we live in a “free country”.  But we don’t.  Our lives are very tightly constrained by literally millions of laws, rules and regulations, and more are being added every single day.

Even some of our most basic fundamental rights have been seriously eroded.  One of these is the right to make basic health decisions for our own children.  In New York state, children that have not received all of the designated vaccines can now be banned from attending public school, and this requirement was recently upheld by a federal appeals court…

New York state’s requirement that children be vaccinated before attending public school does not violate their constitutional rights, a federal appeals court in Manhattan said on Wednesday.

In affirming the requirement’s constitutionality, a three-judge panel of the 2nd U.S. Circuit Court of Appeals also upheld a previous ruling by a federal judge that students exempted from the requirement for religious reasons can be barred from school when another child has a disease preventable by a vaccine.

The decision was the latest to go against three parents from New York City who say their religious rights were violated when their children were kept out of school as a result of the immunization policies. The parents’ lawyer, Patricia Finn, said her clients planned to appeal to the U.S. Supreme Court.

So what are we free to do without government interference these days?

In fact, in some states we can’t even sit on our own land and collect the rain as it falls from the sky for our own personal use.

If you do this in the state of Oregon, for example, you could go to prison…

“I’m sacrificing my liberty so we can stand up as a country and stand for our liberty,” Harrington told a small crowd of people gathered outside of the Jackson County (Ore.) Jail.

Several people held signs that showed support for Harrington as he was taken inside the jail.

And of course these are just a few examples.  Almost every single day there are more stories in the news about government bureaucrats cracking down on preppers.  They almost seem to relish the opportunity to go after the “non-conformists”.

But the good news is that the number of Americans that are seeking to become less dependent on the system just continues to grow.

Are you a prepper?

My friend Daisy Luther recently wrote a piece entitled “45 MORE Signs That You Might Be One of Those Crazy Preppers“.  The following are some of the most interesting “signs” from her list…

*You spend your days off digging an underground bunker in your backyard.

*Your family doesn’t dare take something from the food stockpile without marking it off the list.

*Your kids know how to don a gas mask in 30 seconds.

*Everyone in your survival group carries the same firearm so that ammo is standardized.

*Your family is no longer surprised when you announce, “Hey, we’re going to learn how to make (insert anything here)!”

*You have long since accepted the idea that if you’re not on someone’s list, you’re probably not doing it right.

*Moving to a new house is no longer “moving”, but “strategic relocation”.

*Your kids think it’s a fun game to see who can find the most potential weapons in a room.

*Your EDC includes a knife, firearm w/extra mag, flashlight, mylar blanket, Chapstick, and an ounce of silver — and that’s just for when you’re walking the dog.

*One criterion for your new winter coat is that it fits over your body armor.

You can read her entire article right here.

America was built by people that loved their families, worked hard and were self-sufficient.

Now our government is specifically targeting those kinds of people.