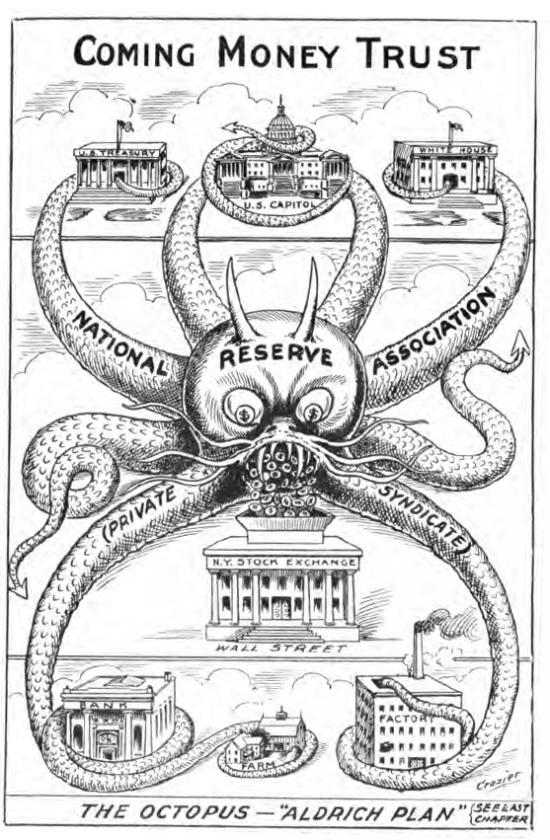 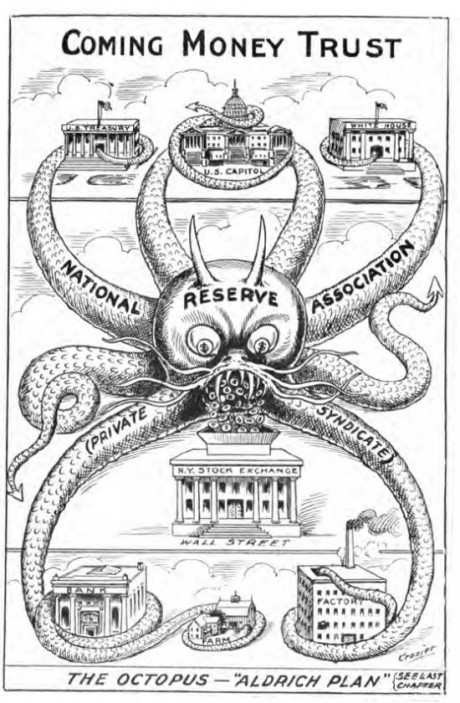 Central banking has truly taken over the entire planet.  At this point, the only major nation on the globe that does not have a central bank is North Korea.  Yes, there are some small island countries such as the Federated States of Micronesia that do not have a central bank, but even if you count them, more than 99.9% of the population of the world still lives in a country that has a central bank.  So how has this happened?  How have we gotten the entire planet to agree that central banking is the best system?  Did the people of the world willingly choose this?  Of course not.  To my knowledge, there has never been a single vote where the people of a nation have willingly chosen to establish a central bank.  Instead, what has happened is that central banks have been imposed on all of us.  All over the world, people have been told that monetary issues are “too important” to be subject to politics, and that the only solution is to have a group of unelected, unaccountable bankers control those things for us.

So precisely what does a central bank do?

You would be surprised at how few people can actually answer that question accurately.  The following is how Wikipedia describes what a central bank does…

A central bank, reserve bank, or monetary authority is an institution that manages a state’s currency, money supply, and interest rates. Central banks also usually oversee the commercial banking system of their respective countries. In contrast to a commercial bank, a central bank possesses a monopoly on increasing the monetary base in the state, and usually also prints the national currency, which usually serves as the state’s legal tender. Examples include the European Central Bank (ECB), the Bank of England, the Federal Reserve of the United States and the People’s Bank of China.

And why have we given a private banking cartel (the Federal Reserve) the authority to create and manage our money supply?  The U.S. Constitution specifically delegates that authority to Congress.

Unfortunately, a little over 100 years ago our leaders decided that it would be best to turn over our financial future to a newly created private banking cartel that was designed by very powerful Wall Street interests.  Since that time, the value of our currency has diminished by more than 96 percent and our national debt has gotten more than 5000 times larger.

Of course the same thing is true all over the planet.  Central banks are truly “the untouchables” of the modern world.  Even though everybody can see what they are doing, there has not been a single successful political movement anywhere on the globe (that I know about) to shut a central bank down.

Instead, in recent years we have just seen the reach of central banking just continue to expand.

For example, just look at what has happened to some of the countries that were not considered to be “integrated” into the “global community”…

-In 2001, the United States invaded Afghanistan.  In 2003, Da Afghanistan Bank (who picked that name?) was established by presidential decree.  You can find the official website of the bank right here.  Now Afghanistan has a modern central bank just like the rest of us.

Following the deposition of Saddam Hussein in the 2003 invasion of Iraq, the Iraqi Governing Council and the Office for Reconstruction and Humanitarian Assistance began printing more Saddam dinar notes as a stopgap measure to maintain the money supply until new currency could be introduced.

The Banking Law was issued September 19, 2003. The law brings Iraq’s legal framework for banking in line with international standards, and seeks to promote confidence in the banking system by establishing a safe, sound, competitive and accessible banking system.

Between October 15, 2003 and January 15, 2004, the Coalition Provisional Authority issued new Iraqi dinar coins and notes, with the notes printed using modern anti-forgery techniques, to “create a single unified currency that is used throughout all of Iraq and will also make money more convenient to use in people’s everyday lives. Old banknotes were exchanged for new at a one-to-one rate, except for the Swiss dinars, which were exchanged at a rate of 150 new dinars for one Swiss dinar.

-In 2011, the United States bombed the living daylights out of Libya.  Before Muammar Gaddafi was even overthrown, the U.S. helped the rebels establish a new Central Bank of Libya and form a new national oil company.

Central banks are specifically designed to trap nations in debt spirals from which they can never possibly escape.  Today, the debt to GDP ratio for the entire planet is up to an all-time high record of 286 percent.  Humanity is being enslaved by a perpetual debt machine, but most people are not even aware that it is happening.

It is time for an awakening.  We need to educate as many people as possible about why we need to get rid of the central banks.  For those living in the United States, my previous article entitled “On The 100th Anniversary Of The Federal Reserve Here Are 100 Reasons To Shut It Down Forever” is a good place to start.  In other countries, we need people to write similar articles about their own central banks in their own languages.

The global elite dominate us because we allow them to dominate us.  Their debt-based system greatly enriches them while it enslaves the remainder of the planet.  We need to expose their evil system and the dark agenda behind it while we still have time.