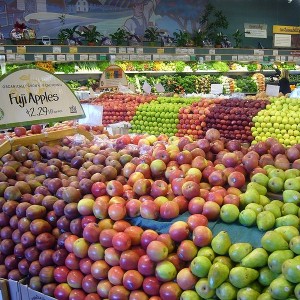 Do you think that the price of food is high now?  Just wait.  If current trends continue, many of the most common food items that Americans buy will cost more than twice as much by the end of this decade.  Global demand for food continues to rise steadily as crippling droughts ravage key agricultural regions all over the planet.  You see, it isn’t just the multi-year California drought that is affecting food prices.  Down in Brazil (one of the leading exporters of food in the world), the drought has gotten so bad that 142 cities were rationing water at one point earlier this year.  And outbreaks of disease are also having a significant impact on our food supply.  A devastating pig virus that has never been seen in the U.S. before has already killed up to 6 million pigs.  Even if nothing else bad happens (and that is a very questionable assumption to make), our food prices are going to be moving aggressively upward for the foreseeable future.  But what if something does happen?  In recent years, global food reserves have dipped to extremely low levels, and a single major global event (war, pandemic, terror attack, planetary natural disaster, etc.) could create an unprecedented global food crisis very rapidly.

A professor at the W. P. Carey School of Business at Arizona State University named Timothy Richards has calculated what the drought in California is going to do to produce prices at our supermarkets in the near future.  His projections are quite sobering…

So what happens if the drought does not end any time soon?

Scientist Lynn Ingram, who has studied the climate history of the state of California extensively, told CBS News that we could potentially be facing “a century-long megadrought” in California.  If that does indeed turn out to be the case, we could be facing huge price increases for produce year after year.

And it isn’t just crops that are grown in the United States that we need to be concerned about.  As NBC News recently reported, the price of cocoa is absolutely soaring and that is going to mean much higher prices for chocolate…

As cocoa prices surge to near-record highs on demand for emerging markets, chocoholics brace for a hike in price – and maybe even a different taste, as chocolate makers hunt out cheaper ingredients.

In fact, experts are now warning that chocolate may soon become a “high-end luxury item” because it is becoming so expensive.

Meat prices are also starting to spiral out of control.

A virus known as porcine epidemic diarrhea has pushed pork prices up to new all-time record highs.  It has already spread to 27 states, and as I mentioned above, it has already killed up to 6 million pigs.  It is being projected that U.S. pork production will decline by about 7 percent this year as a result, and Americans could end up paying up to 20 percent more for pork by the end of the year.

The price of beef has also soared to a brand new all-time record high.  Due to the drought that never seems to let up in the western half of the country, the total size of the U.S. cattle herd has been declining for seven years in a row, and it is now the smallest that is has been since 1951.

If the overall price of food in this country increases by just an average of a little more than 12 percent a year, it will double by the end of this decade.

What would you do if you suddenly walked into the grocery store and everything was twice as much?

Meanwhile, all of our other bills just keep going up as well.  For example, we just learned that the price of electricity hit a brand new all-time record high for the month of March.

If our incomes were keeping up with all of these price increases, that would be one thing.  Unfortunately, that is not the case.  As I wrote about earlier this week, the quality of our jobs continues to go down and more Americans fall out of the middle class every single day.

According to CNBC, there are hundreds of thousands of Americans with college degrees that are working for minimum wage right now…

While a college degree might help get a job, it doesn’t necessarily mean a good salary. According to a report released last month by the Bureau of Labor Statistics, some 260,000 workers with bachelor’s degrees and 200,000 workers with associate’s degrees are making the minimum wage.

And according to the U.S. Census Bureau, median household income in the United States has dropped for five years in a row.

This is why so many families are financially stressed these days.  The cost of living is going up at a steady pace, but for the most part our paychecks are not keeping up.  Average Americans are having to stretch their money farther than ever, and many families have reached the breaking point.

So what is going on in your neck of the woods?  Are you starting to see prices rise at the grocery stores where you live?  Please feel free to join the discussion by leaving a comment below…