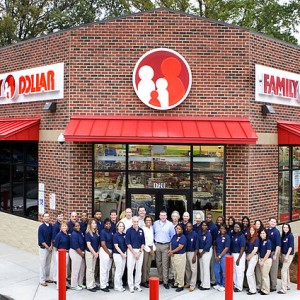 Did you know that Family Dollar is closing 370 stores? When I learned of this, I was quite stunned. I knew that retailers that serve the middle class were really struggling right now, but I had no idea that things had gotten so bad for low end stores like Family Dollar. In the post-2008 era, dollar stores had generally been one of the few bright spots in the retail industry. As millions of Americans fell out of the middle class, they were looking to stretch their family budgets as far as possible, and dollar stores helped them do that. It would be great if we could say that the reason why Family Dollar is doing so poorly is because average Americans have more money now and have resumed shopping at retailers that target the middle class, but that is not happening. Rather, as you will see later in this article, things just continue to get even worse for Americans at the low end of the income scale.

Women’s clothing retailer Coldwater Creek Inc. on Friday filed for Chapter 11 bankruptcy after failing to find a buyer said it plans to close its stores by early summer.

Coldwater Creek joins other retailers to seek protection from creditors in recent months as consumers keep a lid on spending.

The company said it plans to wind down its operations over the coming months and begin going-out-of-business sales in early May, before the traditionally busy Mother’s Day weekend.

Coldwater Creek, which has 365 stores and employs about 6,000 people, has five stores in Maryland.

I remember browsing through a Coldwater Creek with my wife and mother-in-law just last year. At the time, my mother-in-law was excited about getting one of their catalogs. But now Coldwater Creek is going out of business, and all that will be left of that store is a big, ugly, empty space.

Of course the fact that a couple of major retailers are closing stores is nothing new. This kind of thing happens year after year.

But what we are witnessing right now is really quite startling. So many retailers are closing so many stores that it is being called a “retail apocalypse”. In a previous article entitled “This Is What Employment In America Really Looks Like…“, I detailed how major U.S. retailers have already announced the closing of thousands of stores so far this year.  If the economy really was “getting better”, this should not be happening.

So why are so many stores closing?

Well, the truth is that it is because the middle class is dying. With each passing day, more Americans lose their place in the middle class and fall into poverty. The following is an excerpt from the story of one man that this has happened to. His recent piece in the Huffington Post was entitled “Next Friday, I’ll Be Living In My Car“…

For the past 13 years, I’ve mostly been doing facility management in several locations across the state. After the position turned into more of a sales role, they laid me off. Since then, I’ve been looking to find any type of work. I’ve applied for food stamps, and I’m waiting for that. I’m mostly eating soup from a food pantry.

I’ve been on several interviews — second, third, fourth interviews — and just haven’t been able to land a job for whatever reason. I definitely have the qualifications and the experience. Last week, I had a job offer that I thought was secure, and we were talking my work schedule. They decided to call me back and go with an assistant rather than a manager.

For a number of applications, I’ve dumbed down my resume. I don’t even go with a resume sometimes, just because I don’t want them to know that I’m educated and have a master’s degree. It shoots me in the foot. They don’t want me because they don’t think I’m going to stay. I don’t blame them. I was making six figures at $60-70 an hour. Now, I’m looking for a $10 an hour job.

There are millions upon millions of Americans that can identify with what that man is going through.

Once upon a time, they were living comfortable middle class lifestyles, but now they will take any jobs that they can get.

How could things have changed so rapidly over the course of just one decade?

And sadly, things continue to go downhill. Every day in America, more good jobs are being sent out of the country or are being replaced by technology. I really like how James Altucher described this trend the other day…

The working class. Most jobs that existed 20 years ago aren’t needed now. Maybe they never were needed. The entire first decade of this century was spent with CEOs in their Park Avenue clubs crying through their cigars, “how are we going to fire all this dead weight?”. 2008 finally gave them the chance. “It was the economy!” they said. The country has been out of a recession since 2009. Four years now. But the jobs have not come back. I asked many of these CEOs: did you just use that as an excuse to fire people, and they would wink and say, “let’s just leave it at that.”

I’m on the board of directors of a temp staffing company with one billion dollars in revenues. I can see it happening across every sector of the economy. Everyone is getting fired. Everyone is toilet paper now.

There is so little loyalty in corporate America these days. If you work for a major corporation, you could literally lose your job at any moment. And you can be sure that there is someone above you that is trying to figure out a way to accomplish the tasks that you currently perform much more cheaply and much more efficiently.

Most big corporations don’t care if you are personally successful or if you are able to take care of your family. What they want is to get as much out of you as possible for as little money as possible.

This is a big reason why 62 percent of all Americans make $20 or less an hour at this point.

The quality of our jobs is going down, but the cost of living just keeps going up. Just look at what is happening to food prices. For a detailed examination of this, please see my previous article entitled “Why Meat Prices Are Going To Continue Soaring For The Foreseeable Future“.

As the middle class slowly dies, less people are able to afford to buy homes. Mortgage originations at major U.S. banks have fallen to a record low, and the percentage of Americans that live in “high-poverty neighborhoods” is rising rapidly…

An estimated 12.4 million Americans live in economically devastated neighborhoods, according to American Community Survey data collected from 2008 to 2012. That’s an 11 percent jump from the previous survey, conducted from 2007 to 2011. Even more startling, it’s a 72 percent increase in the population of high-poverty neighborhoods since the 2000 Census.

If nothing is done about the long-term trends that are slowly strangling the middle class to death, all of this will just be the beginning.

The United States is being fundamentally transformed, and very few people are doing much of anything to stand in the way of this transformation. Decades of incredibly foolish decisions are starting to catch up with us, and unless something dramatic is done right away, all of these problems will soon get much, much worse.