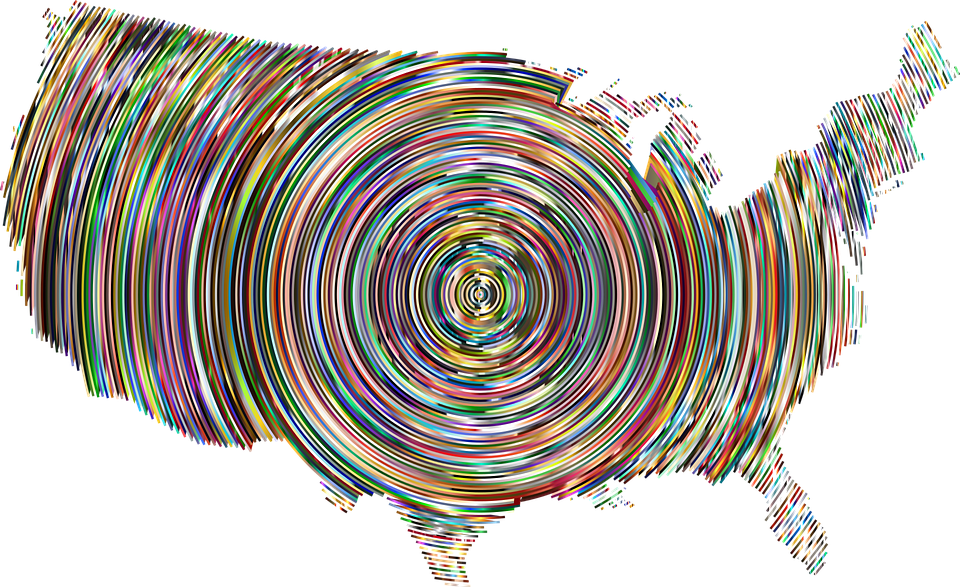 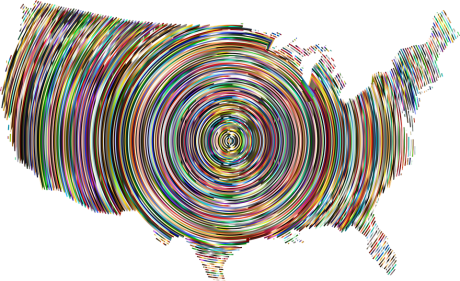 Is this the beginning of the end for the United States of America?  It has been said that a house divided against itself will surely fall, and today we live in a shattered union.  In all my years, I have never seen so much strife, discord, bitterness and resentment in this country.  Everyone can see what is happening, but nobody can seem to stop it.  Politically, you have got tens of millions of people trying to pull America one way, and you have got tens of millions of people trying to pull it the exact opposite way.  As I discussed in a previous article, the term “civil war” is now being thrown around by some pundits even though nobody has started shooting yet.  We are a deeply divided and broken nation, and if we don’t find a way to fix things America will not survive.

Every survey and opinion poll that has been taken recently backs up what I am saying.  For example, a Gallup survey that was conducted after the election in November found that an all-time record high 77 percent of all Americans believe that “the nation is divided on the most important values”…

Seventy-seven percent of Americans, a new high, believe the nation is divided on the most important values, while 21% believe it is united and in agreement. Over the past 20+ years, the public has tended to perceive the nation as being more divided than united, apart from two surveys conducted shortly after the 9/11 terrorist attacks.

So how do you fix this?

Nobody can force half the population to suddenly change their views on the most important issues of the day.

Earlier today, I wrote an article about how America is becoming a “politically-correct madhouse“, and there really is no compromising with the forces of political correctness.  Either you get in line or you are the enemy.

Once upon a time the values enshrined in the U.S. Constitution by our founders united us, but today about half the country has completely rejected those values.

Those that would like to restore our constitutional values find themselves diametrically opposed to the agenda that progressives are trying to shove down our throats, and personally I don’t see much room for compromise between the two sides.

Given enough time, one side would ultimately vanquish the other side, but I don’t know if America has enough time left for that to happen.

There were some that had been hoping that our new president would unite the country, but you can throw that idea right out the window.  According to numbers from Public Policy Polling, nearly half the nation already wants him to be impeached…

On our first poll of his Presidency voters were evenly divided on Trump, with 44% approving of him and 44% also disapproving. Now his approval rating is 43%, while his disapproval has gone all the way up to 53%. If voters could choose they’d rather have both Barack Obama (52/44) or Hillary Clinton (49/45) instead of Trump.

Just three weeks into his administration, voters are already evenly divided on the issue of impeaching Trump with 46% in favor and 46% opposed.

The political divisions in this nation are just going to grow worse and worse.

But just because we vehemently disagree with someone politically does not mean that we should hate that person.

I know that it can be infuriating to see some politician get up and start spouting off ideas that would be extremely damaging to this country.  But if we choose to hate our political “enemies”, we become part of the problem.

It is easy to love someone that agrees with you about most things.  The real challenge is finding a way to love those that believe things that you may find truly repulsive.

That doesn’t mean that you have to agree with what they believe.  I am not saying that at all.  You can disagree very strongly with someone and still love that person.

Unfortunately, the hearts of most people have grown cold in America.  As hatred, anger and frustration continue to grow, it is only a matter of time before we start seeing outbursts of violence.  Rioting, looting and civil unrest are going to become commonplace in communities all over the U.S., and eventually some of our major cities will burn.  In my latest book I warned that the “thin veneer of civilization that we all take for granted will disappear”, and thousands upon thousands of Americans that can see this coming are already fleeing the big cities.

What particularly disturbs me is when I see people that are supposed to be on the same side fighting each other.

If you are around someone long enough, eventually they are going to do or say something to offend you.  None of us is going to agree 100 percent on everything, and it is a horrible shame to allow one disagreement to ruin what should be a great relationship.

If you do not learn to forgive, every relationship that you ever have in your life will ultimately fail, because everyone is going to let you down at some point.

And you may think that you are making the other person pay a price by refusing to forgive, but the truth is that you will be the one that will end up suffering.  Even medical science has found that there are health benefits to forgiving and that unforgiveness can actually help bring on serious illnesses.  The following comes from the official website of Johns Hopkins Medicine…

Whether it’s a simple spat with your spouse or long-held resentment toward a family member or friend, unresolved conflict can go deeper than you may realize—it may be affecting your physical health. The good news: Studies have found that the act of forgiveness can reap huge rewards for your health, lowering the risk of heart attack; improving cholesterol levels and sleep; and reducing pain, blood pressure, and levels of anxiety, depression and stress. And research points to an increase in the forgiveness-health connection as you age.

“There is an enormous physical burden to being hurt and disappointed,” says Karen Swartz, M.D., director of the Mood Disorders Adult Consultation Clinic at The Johns Hopkins Hospital. Chronic anger puts you into a fight-or-flight mode, which results in numerous changes in heart rate, blood pressure and immune response. Those changes, then, increase the risk of depression, heart disease and diabetes, among other conditions. Forgiveness, however, calms stress levels, leading to improved health.

There are people that are reading this article that need to pick up the phone right now and apologize to someone that they have been refusing to forgive.

Yes, without a doubt that would be difficult.  But you might just be surprised how much grace a little humility can unleash.

You may not be able to fix our broken nation, but you certainly can fix the broken relationships in your own life.

And if millions of Americans decided to choose love and forgiveness rather than hatred, anger, bitterness and resentment, it would most definitely have a transformative effect on the entire country.