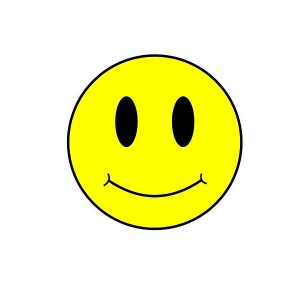 During the first three months of this year, the U.S. economy contracted at a 1 percent annual rate.  Despite this, mainstream economists flooded the mainstream media with assurances that much better days are just around the corner on Thursday.  In fact, many of them boldly predicted that U.S. GDP would grow at a 3 or 4 percent annual rate in the second quarter.  None of them seem the least bit concerned that another major recession is rapidly approaching.  Instead, they just blamed the bad number for the first quarter on a “severe winter“, and the financial markets responded to the GDP news quite cheerfully.  In fact, the S&P 500 soared to another brand new record high.  No matter how bad the numbers get, almost everyone in the financial world seems quite optimistic.  But is there actually good reason to have such optimism?

As Zero Hedge has pointed out, if it wasn’t for dramatically increased healthcare spending due to the implementation of Obamacare, U.S. GDP would have actually dropped at a 2 percent annual rate during the first quarter of 2014.

That would have been an absolutely disastrous number.

But within a very short time of the revised U.S. GDP number being released, the mainstream media was inundated with positive stories about the news.

For example, CNN published a story entitled “U.S. economy shrinks, but it’s not a big deal” and CNBC released a survey of nine prominent economists that showed that their consensus forecast for the second quarter of 2014 is GDP growth at a 3.74 percent annual rate.

It just seems like almost everyone wants to forget about what happened during the first quarter and wants to look ahead to a great number for quarter two.

Joseph Lavorgna, the chief U.S. economist at Deutsche Bank, is boldly forecasting a 4 percent growth rate for the second quarter.  So is Jim O’Sullivan.  In fact, it is hard to find any “expert” in the mainstream media that does not expect rip-roaring economic growth this quarter.

For example, just check out these quotes…

–Stuart Hoffman, the chief economist for PNC Bank: “The first quarter was disappointing, but rather than view that as an omen of a recession or the first of a down leg in the economy, I see the seeds of a big bounce back in spring.”

–Paul Ashworth of Capital Economics: “For those worried about a recession, it’s worth remembering that employment increased by nearly 300,000 in April.”

–The Bank of Tokyo’s Chris Rupkey: “2Q growth seen at nearly 4%… Weak 1Q is stone cold dead as an indicator of where the economy is headed.”

–Jan Hatzius of Goldman Sachs: “Because of weaker inventory investment in Q1, we increased our Q2 GDP tracking estimate by two-tenths to 3.9%.”

–Dun & Bradstreet Credibility Corp. CEO Jeffrey Stibel: “Using an alternative model for projecting job growth, we see an entirely different scenario, one in which the U.S. unemployment rate will fall below 5 percent by no later than the middle of next year.”

Hopefully we are not heading into another recession.

But as I discussed in an article earlier this week, evidence continues to mount that another recession has already begun for much of the country.

The U.S. economic reversal was led by a 6 percent drop in exports year over year, until recently hailed as a key driver of the U.S. recovery, and which had risen 9.5 percent in the last three months of 2013.

The slackening of trade has spread to the developing world, where emerging economies are seeing less demand from the U.S., Europe and China for raw materials and other exports.

We saw a similar decline happen in mid-2008 as the U.S. economy plunged into recession.

And Bloomberg’s Consumer Comfort index has fallen to the lowest level that we have seen in six months.  U.S. consumers are increasingly tapped out, and the ongoing “retail apocalypse” is evidence of that fact.

A declining middle class simply cannot support the massive retail infrastructure that America has developed.  As the middle class has fallen to pieces, it was just a matter of time before big trouble started erupting for the retail industry.  This is something that David Stockman recently wrote about…

It does not take much analysis to see that these bell ringers do not represent sustainable prosperity unfolding across the land. For example, around 1990 real median income was $56k per household and now, 25 years later, its just $51k—-meaning that main street living standards have plunged by about 9% during the last quarter century. But what has not dropped is the opportunity for Americans to drop shopping: square footage per capita during the same period more than doubled, rising from 19 square feet per capita at the earlier date to 47 at present.

This complete contradiction—declining real living standards and soaring investment in retail space—did not occur due to some embedded irrational impulse in America to speculate in real estate, or because capitalism has an inherent tendency to go off the deep-end. The fact that in equally “prosperous” Germany today there is only 12 square feet of retail space per capita is an obvious tip-off, and this is not a teutonic aberration. America’s prize-winning number of 47 square feet of retail space per capita is 3-8X higher than anywhere else in the developed world!

Without middle class jobs, you can’t have a middle class.  That is why our employment crisis is at the very heart of our economic problems.  Even using the government’s highly manipulated unemployment figures, there are still quite a few cities out there that have official unemployment rates in the double digits…

The unemployment rate in Yuma, Ariz., is 23.8%. In El Centro, Calif., it is 21.6%. El Centro sits in an area of California in which unemployment in many metro areas is double the national average. In Merced the figure is 14.3%, in Yuba City the figure is 14.5%, in Hanford it is 13.1% and in Visalia it is 13.4%. In several metros close to these, the figure is above 10%. Most of them are inland from San Francisco and the area just south of it, which also happens to be among the nation’s most drought-plagued regions. This means jobs recovery is highly unlikely.

But of course the truth is that if the government actually used honest numbers, the unemployment rate for the entire nation would be in double digits.

And as I like to remind people, according to the government’s own numbers approximately 20 percent of the families in the entire nation do not have a single member that is employed.

So how is it possible that the “unemployment rate” is just a little above 6 percent?

It is a giant sham.

But that is what they want.

They want us feeling good and thinking that everything is going to be okay.

Unfortunately, they used the same approach back in 2007 and 2008, and we all remember how that turned out.