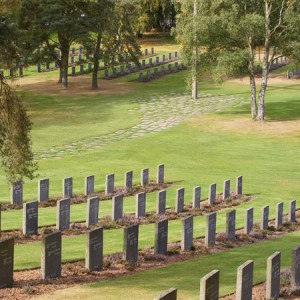 A fundamental shift is taking place in the U.S. economy.  In fact, this transition is rapidly picking up momentum and is in danger of becoming an avalanche.  The percentage of full-time jobs in our economy is steadily declining and the percentage of part-time jobs is steadily increasing.  This is not a recent phenomenon, but now there are several factors which are accelerating this trend.  One of them is Obamacare.  The truth is that Obamacare actually gives business owners incentive to cut hours and turn full-time workers into part-time workers, and according to the Wall Street Journal and other prominent publications this is already happening all over the United States.  Perhaps this is part of the reasons why the U.S. economy actually lost 240,000 full-time jobs last month.

In a recent article entitled “Restaurant Shift: Sorry, Just Part-Time“, the Wall Street Journal explained the choices that employers are faced with thanks to Obamacare…

The Affordable Care Act requires employers with 50 or more full-time equivalent workers to offer affordable insurance to employees working 30 or more hours a week or face fines. Some companies have said the requirement could increase their costs significantly, although others have played down the potential hit.

The cost for small firms to comply with the health law will depend largely on the number of additional full-time employees that sign up for employer-sponsored coverage. Average annual premiums for employer-sponsored health insurance in 2012 were $5,615 for single coverage and $15,745 for family coverage, according to the Kaiser Family Foundation. That is up from $3,083 and $8,003, respectively, in 2002.

Thankfully the implementation of this aspect of Obamacare was recently delayed, but a lot of employers are saying that it won’t make a difference.  They know that it is coming at some point, and so they are already making the changes that they feel they will need to make in order to comply with the law…

Restaurant owners who have already begun shifting to part-time workers say they will continue that pattern.

“Does the delay change anything for us? Absolutely not,” Mr. Adams of Subway said, explaining that whether his health-care costs go up next year or in 2015, he will have to comply with the law. “We won’t start hiring full-time people.”

This is very sad, because we have already been witnessing a steady erosion of “breadwinner jobs” in this country.

It is very, very difficult to support a family if you just have a part-time job or a temp job.  But those are the jobs that our economy is producing these days.

At this point, employees are increasingly considered to be expendable “liabilities” that can be dumped the moment that their usefulness is over.

For example, employees at one restaurant down in Florida were recently fired by text message…

It’s bad enough losing your job, but more than a dozen angry employees say they were fired from a central Florida restaurant via text message.

Employees at Barducci’s Italian Bistro said they lost their jobs without notice after the restaurant suddenly closed and are still waiting for their paychecks.

This shift that we are witnessing is fundamentally changing the relationship between employers and employees in the United States.  The balance of power has moved very much toward the employers.

Most employers realize that there is intense competition for most jobs these days.  If you get tired of your job, your employer can easily go out and find a whole bunch of other people who would be thrilled to fill it.

So why has the balance of power shifted so dramatically?

Well, for one thing we have allowed millions upon millions of good paying jobs to be shipped out of the country.  Now American workers literally have to compete for jobs with workers on the other side of the planet that live in nations where it is legal to pay slave labor wages.

This should have never happened, but voters in both major political parties kept voting for politicians that were doing this to us.

Now we all pay the price.

Another factor is the rapid advancement of technology.

These days, businesses are trying use machines, computers and robots to automate just about everything that they can.  The following example comes from a recent Business Insider article…

On a windy morning in California’s Salinas Valley, a tractor pulled a wheeled, metal contraption over rows of budding iceberg lettuce plants. Engineers from Silicon Valley tinkered with the software on a laptop to ensure the machine was eliminating the right leafy buds.

The engineers were testing the Lettuce Bot, a machine that can “thin” a field of lettuce in the time it takes about 20 workers to do the job by hand.

The thinner is part of a new generation of machines that target the last frontier of agricultural mechanization — fruits and vegetables destined for the fresh market, not processing, which have thus far resisted mechanization because they’re sensitive to bruising.

So what happens when the big corporations that dominate our economy are able to automate everything?

What will the rest of us do?

How will the middle class survive if they don’t need us to work for them?

Over the past couple of centuries, we have witnessed several fundamental shifts in our economy.

Once upon a time, a very high percentage of Americans worked for themselves.  There were millions of farmers, ranchers, small store owners, etc.

But then the industrial revolution kicked in to high gear and big corporations started to gain more power.  Millions of Americans went to work for these big corporations, but it was okay because they paid us good wages to work in their factories and the middle class thrived.

Unfortunately, the big corporations have realized that things have changed and that they don’t really need us anymore.  They can replace us with technology or with super cheap labor overseas.

So that leaves the rest of us in quite a quandry.  Very few of us own our own businesses.  In fact, the percentage of self-employed workers in the United States is at an all-time record low.  And the number of us that are needed by the monolithic corporations that dominate our system is dropping by the day.

All of this is very bad news for the middle class.  The only thing that most of us have to offer is our labor, and the value of our labor is continually declining.

Unless something dramatic happens, the future of the middle class looks very bleak.