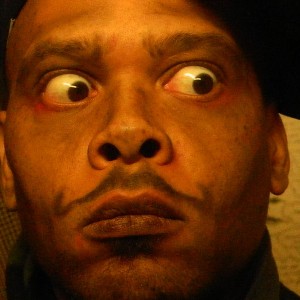 Are the central banks of the world starting to lose control of the financial markets?  Could we be facing a situation where the bond bubble is going to inevitably implode no matter what the central bankers do?  For the past several years, the central bankers of the planet have been able to get markets to do exactly what they want them to do.  Stock markets have soared to record highs, bond yields have plunged to record lows and investors have literally hung on every word uttered by Federal Reserve Chairman Ben Bernanke and other prominent central bankers.  In the United States, it has been remarkable what Bernanke has been able to accomplish.  The U.S. government has been indulging in an unprecedented debt binge, the Fed has been wildly printing money, and the real rate of inflation has been hovering around 8 to 10 percent, and yet Bernanke has somehow convinced investors to lend gigantic piles of money to the U.S. government for next to nothing.  But this irrational state of affairs is not going to last indefinitely.  At some point, investors are going to wake up and start demanding higher returns.  And we are already starting to see this happen in Japan.  Wild money printing has actually caused bond yields to go up.  What a concept!  And that is what should happen – when central banks recklessly print money it should cause investors to demand a higher return.  But if bond investors all over the globe start acting rationally, that is going to cause the largest bond bubble in the history of the planet to burst, and that will create utter devastation in the financial markets.

Central banks can manipulate the financial system in the short-term, but there is usually a tremendous price to pay for the distortions that are caused in the long-term.

In Bernanke’s case, all of this quantitative easing seemed to work well for a while.  The first round gave the financial system a nice boost, and so the Fed decided to do another.  The second round had less effect, but it still boosted stocks and caused bond yields to go down.  The third round was supposed to be the biggest of all, but it had even less of an effect than the second round.  If you doubt this, just check out the charts in this article.

The only way that this is going to end is with a tremendous amount of pain.  There is no free lunch, and there are already signs that investors are starting to wake up to this fact.

During the month of June, fixed income allocations fell to a four-year low, according to the American Association of Individual Investors, as major bond fund managers like Pimco experienced record withdrawals for the second quarter. That pullback sent places like emerging markets and high-yield bonds reeling—just as the Federal Reserve signaled plans to taper its easy-money policies within the coming years. Benchmark bond yields ticked up on that news, and in an unexpected twist, the stock market nosedived as well.

A lot of people out there have been floating the theory that the Fed will decide not to taper at all and that quantitative easing will continue at the same pace and therefore the markets will settle back down.

But what if they don’t settle back down?

Could the bond bubble implode even if there is no tapering?

That is what some are now suggesting.  For example, Detlev Schlichter is pointing to what has been happening in Japan as an indication that the paradigm has changed…

My conclusion is this: if market weakness is the result of concerns over an end to policy accommodation, then I don’t think markets have that much to fear. However, the largest sell-offs occurred in Japan, and in Japan there is not only no risk of policy tightening, there policy-makers are just at the beginning of the largest, most loudly advertised money-printing operation in history. Japanese government bonds and Japanese stocks are hardly nose-diving because they fear an end to QE. Have those who deal in these assets finally realized that they are sitting on gigantic bubbles and are they trying to exit before everybody else does? Have central bankers there lost control over markets?

After all, money printing must lead to higher inflation at some point. The combination in Japan of a gigantic pile of accumulated debt, high running budget deficits, an old and aging population, near-zero interest rates and the prospect of rising inflation (indeed, that is the official goal of Abenomics!) are a toxic mix for the bond market. It is absurd to assume that you can destroy your currency and dispossess your bond investors and at the same time expect them to reward you with low market yields. Rising yields, however, will derail Abenomics and the whole economy, for that matter.

The financial situation in Japan is actually very similar to the financial situation in the United States.  We both have “a gigantic pile of accumulated debt, high running budget deficits, an old and aging population, near-zero interest rates and the prospect of rising inflation”.  In both cases, rational investors should demand higher returns when the central bank fires up the printing presses.

So needless to say, the Federal Reserve is scared to death of what higher interest rates would mean.

But at this point, they may have lost control of the situation.