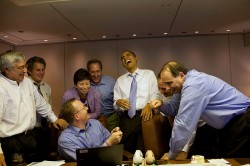 Why isn’t the U.S. economy in a depression right now?  The number one reason is because the federal government has stolen more than five trillion dollars from future generations since Barack Obama was elected and has used that money to pump up our grossly inflated standard of living.  Whether the federal government spends money wisely or foolishly, the truth is that the vast majority of it still ends up in the pockets of the American people who then use it to buy the things they need for their daily lives.  If the U.S. government had not borrowed and spent an extra five trillion dollars that we did not have over the past several years, we would be in the middle of a rip-roaring economic depression right now.  So any talk that Barack Obama is “improving the economy” is a total farce.  It is a five trillion dollar lie.  The reality is that Barack Obama and the U.S. Congress have been stealing trillions of dollars from future generations in order to make things tolerable in the present.  If the federal government adopted a balanced budget next year, the debt-fueled prosperity that we are currently enjoying would start disappearing very rapidly and all hell would break loose in America.

At this point, the U.S. national debt is over 15.7 trillion dollars.

When Ronald Reagan took office it was less than a trillion dollars.

If you were to divide the national debt up equally, it would come to more than $50,000 for every man, woman and child in the United States.

So the share of the national debt for an average family of four would be about $200,000.

When the government borrows and spends money that it does not have, that increases the amount of dollars in circulation and it causes GDP to go up.

This is a major flaw in our system.  Most of our politicians do not care about how they are raping future generations financially.  Most of them just care about getting elected again.

If you will notice carefully, neither Mitt Romney nor Barack Obama are promising to balance the budget any time soon.  Like so many politicians in the past, they promise to do it “eventually”, but “eventually” never arrives.

According to a recent article in the Washington Times, Mitt Romney declared during a recent campaign appearance that he has no plans to balance the federal budget in his first year….

“My job is to get America back on track to have a balanced budget. Now I’m not going to cut $1 trillion in the first year”

Why would he say that?

Why wouldn’t he want to balance the budget?

He went on to explain that….

“The reason,” he explained, “is taking a trillion dollars out of a $15 trillion economy would cause our economy to shrink [and] would put a lot of people out of work.”

And that would make him look bad.

Of course if Obama wins the election we can just expect more of the same from him as well.

For example, just check out what White House Chief of Staff Jack Lew had to say about balancing the budget recently….

Why is the time for austerity not today?

It is because the 2012 election is coming up and Obama wants the economic statistics to look good.

But can you blame our politicians for being cowardly?

Just look at what is happening in Greece.  After several years of austerity they are in the midst of a full-blown economic depression and they still have not balanced their budget.

Most Americans do not realize this, but the U.S. already has more government debt per capita than Greece, Portugal, Italy, Ireland or Spain.

So why haven’t we collapsed yet?

Well, because we continue to borrow larger and larger amounts of money.

It took from the founding of America until 1995 for the federal government to accumulate 5 trillion dollars of debt.

Under Obama, we have accumulated more than 5 trillion dollars of new debt in just over 3 years.

Amazingly, Obama has added more to the national debt than George W. Bush did during his entire 8 year term.

And let there be no mistake – George W. Bush was a wild spender.  A fiscal conservative he most certainly was not.

But Barack Obama does not seem troubled by any of this.

Barack Obama is prancing about the countryside touting his great “economic plan”, but the truth is that the only reason the economy has not totally collapsed is because he is stealing 150 million dollars an hour from our children and our grandchildren.

Sadly, most Americans don’t understand that the current level of prosperity that we are enjoying is a grand illusion.  Most Americans still expect things to return to the way that they used to be, and they are increasingly becoming angry that it is taking so long to get back there.

In fact, a whole host of recent surveys have shown that Americans are very dissatisfied with the direction the economy is heading in….

What they don’t realize is that if we were not massively ripping off our kids and our grandkids things would be much, much worse.

Thomas Jefferson understood that government borrowing is essentially the same as theft from future generations.

He once made the following statement….

What we are doing to our children and our grandchildren is so immoral that it is hard to put into words.

We are running up trillions upon trillions of dollars of debt in their name just so that our lives can be more comfortable right now.

How could we be so selfish?

The sad thing is that even with all of this reckless spending our economy is still not in great shape.

In fact, the middle class continues to shrink at an alarming rate.  The following are just a few statistics from a recent article I did about this phenomenon….

-Today, approximately 48 percent of all Americans are currently either considered to be “low income” or are living in poverty.

-The United States actually has a higher percentage of workers doing low wage work than any other major industrialized nation does.

-Every year now, we see millions of Americans fall out of the middle class.  In 2010, 2.6 million more Americans descended into poverty.  That was the largest increase that we have seen since the U.S. government began keeping statistics on this back in 1959.

-At this point, approximately 22 percent of all American children are living in poverty.

So how much worse would things be if a trillion dollars of federal spending was suddenly removed from the economy?

As bad as things are right now, they are about to get a whole lot worse.

So why can’t we just keep on borrowing and spending forever?

Well, just like Greece found out, debt always catches up with you eventually.

During fiscal 2011, the U.S. government spent over 454 billion dollars just on interest on the national debt.

But just like we are seeing in Europe, if confidence in U.S. government debt starts to disappear the U.S. government could end up facing much higher interest rates to borrow money.

If the average rate on U.S. government debt only rose to 7 percent (in the past it has actually been much higher than that), then the U.S. government would be spending about 1.1 trillion dollars a year just on interest on the national debt.

So if we were spending 1.1 trillion dollars just on interest, that would be close to half of all the revenue the federal government brings in.

But most Americans have no idea how fragile our financial system is.

Most Americans just assume that we will always be the greatest economy on the planet and that there is nothing to be worried about.

Sadly, one way or another this debt bubble is going to burst and then our debt-fueled false prosperity is going to disappear.

Most Americans are not going to understand what is happening and they are going to go absolutely nuts. 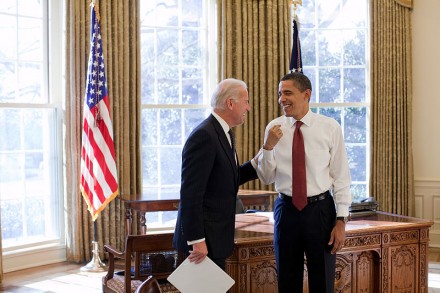