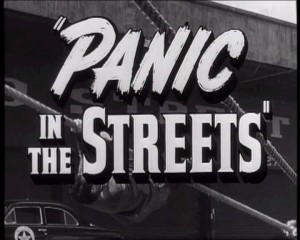 Yes, it is officially time to start freaking out about the global economy.  The European financial system is falling apart and it is going to go down hard.  If Europe was going to be saved it would have happened by now.  The big money insiders have already pulled their funds from vulnerable positions and they are ready to ride the coming chaos out.   Over the next few months the slow motion train wreck currently unfolding in Europe will continue to play out and things will likely really start really heating up in the fall once summer vacations are over.  Most Americans greatly underestimate how much Europe can affect the global economy.  Europe actually has a larger population than the United States does.  Europe also has a significantly larger economy and a much larger banking system.  The world is more interconnected today than ever before, and a collapse of the financial system in Europe will cause a massive global recession.  Once the global economy slides into another major recession, it is going to take years to recover.  The pain is going to be immense.  Yes, that is going to include the United States.  Sadly, we never recovered from the last recession, and it is frightening to think about how much farther this next recession is going to knock us down.

The big problem is that there is simply way, way, way too much debt in the United States and Europe.  It has been a lot of fun spending all of this borrowed money, but now we get to pay the price.

The following are 19 reasons why it is time to start freaking out about the global economy….

#1 The yield on 10 year Italian bonds has now risen to more than 6 percent.

#2 The yield on 10 year Spanish bonds has now risen to more than 7 percent.  This is considered to be an unsustainable level.

#4 The Spanish banking crisis continues to get worse.  The following is from a CNN article that was posted on Monday….

But the depth of the nation’s crisis has raised doubts about whether €100 billion will be enough to recapitalize the banks. For example, the Bank of Spain, the nation’s central bank, released data Monday showing that “doubtful” loans — those that are more than 3 months overdue — rose to €152.7 billion in April, equal to 8.7% of all the loans held by the nation’s banks.

#5 Unemployment in Spain is sitting at a record high of over 24 percent with no hope in sight.

#6 Unemployment in the eurozone as a whole has hit a brand new all-time record high.

#7 The socialists won an outright majority in the recent parliamentary elections in France.  That means that France and Germany are now headed in completely different directions.  The close cooperation that we have seen between France and Germany in recent years is now over.

#8 New French President Francois Hollande has promised to implement a top tax rate of 75 percent on those making over 1 million euros a year.

#9 German Chancellor Angela Merkel has declared that Germany will not budge at all on the terms of the Greek bailout.

#10 Analysts at Citigroup Global Markets are projecting that the odds of Greece leaving the euro over the next 12 to 18 months are still between 50 and 75 percent.

#11 Money is being transferred from banks in southern Europe to banks in northern Europe at an astounding pace….

Financial advisers and private bankers whose clients have accounts too large to be covered by a Europe-wide guarantee on deposits up to 100,000 euros ($125,000), are reporting a “bank run by wire transfer” that has picked up during May.

Much of this money has headed north to banks in London, Frankfurt and Geneva, financial advisers say.

“It’s been an ongoing process but it certainly picked up pace a couple of weeks ago We believe there is a continuous 2-3 year bank run by wire transfer,” said Lorne Baring, managing director at B Capital, a Geneva-based pan European wealth management firm.

#12 As I wrote about recently, about 500 million euros a day has been pulled out of Greek banks so far this month.

#13 The Bank for International Settlements is warning that global lending is contracting at the fastest rate that we have seen since the end of the last financial crisis.

#14 Lloyd’s of London has publicly admitted that it is making preparations for a collapse of the eurozone.

#15 Government debt levels all over the industrialized world have exploded in recent years.  The following is from a recent article by Stephen Lendman….

Anything over 100% is considered to be an extremely dangerous level.

#16 The economic problems in Europe are already taking a toll on the U.S. economy.  At this point U.S. exports to Europe are way down.

#17 One recent poll found that 75 percent of Americans are either “very or somewhat worried” that the U.S. economy is heading for another recession.

#18 Under Barack Obama, the United States has been indulging in a debt binge unlike anything ever seen in U.S. history.  The following is from a recent Forbes article….

#19 Barack Obama almost seems more focused on his golf game than on the problems the global economy is having.  He just finished up playing his 100th round of golf since he became president.

If you are looking for some kind of a global financial miracle you can stop watching.

If European leaders had a master plan to save Europe they would have shown it by now.

If Barack Obama had a master plan to fix things he would have implemented it by now.

If the Federal Reserve had a master plan to fix things we would have seen it by now.

The entire house of cards is starting to come down and things are going to get really messy.

A lot of people both in the United States and in Europe are going to lose their jobs and their homes over the next few years.

It is likely that the next recession will be even more painful than the last one was.

Now is not the time to panic.  If you acknowledge what is coming and prepare accordingly then you will likely be in good shape.

But if you stick your head in the sand and pretend that everything is going to be okay then the next few years will likely be incredibly painful for you. 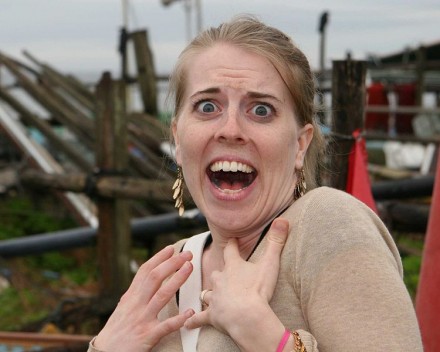