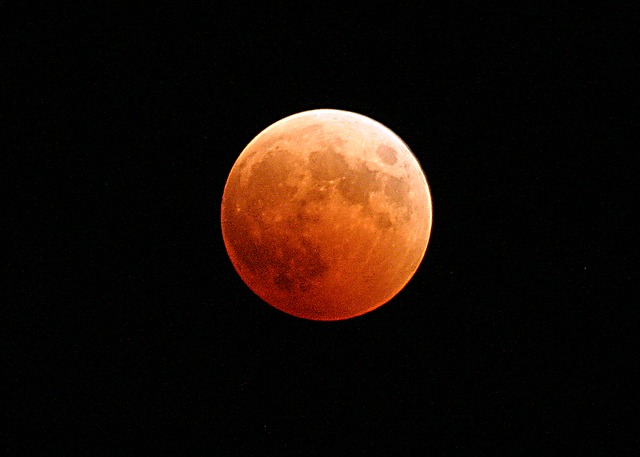 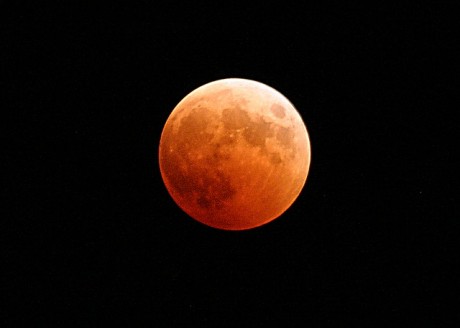 On Sunday night, we are going to see something take place that only happens four or five times a century.  A lunar eclipse is going to occur while the moon is making its closest approach to our planet.  When this happens, the moon will temporarily appear to be red as sunrises and sunsets all over the world are reflected off the surface of the moon.  This blood red “supermoon” has created apocalyptic fears all over the globe, and many people have stocked up on enormous amounts of food and supplies in anticipation of this event.  This particular blood moon is the fourth in a series of blood moons that have fallen on Biblical festival days in 2014 and 2015, and this one will be clearly visible from the city of Jerusalem.  Personally, I do not know if anything will or will not happen tonight or tomorrow.  I want to make that very clear.

What we do know is that there has not been a “super blood moon” since 1982, and there will not be another one until 2033.  The following is what the Telegraph says we should expect to see on Sunday night…

Amateur astronomers will be given a rare chance to capture a spectacular celestial event that has not occurred for 30 years tonight- a lunar eclipse with the moon near to its closest point to the Earth.

An awe-inspiring blood-red “supermoon” will cast its eerie light on the Earth early on Monday, creating an atmosphere of wonder and fear across the world.

When the moon is at “perigee”, its shortest distance from the Earth, it is 226,000 miles away and appears 14 percent larger and 30 percent brighter than when it is at its furthermost point.

The last time this coincided with a lunar eclipse, when the moon is covered by the Earth’s shadow, was in 1982 and the event will not be repeated until 2033.

Like I said, I do not know of any specific event that either will or will not happen over the next couple of days.

But a lot of people out there are freaking out about this “super blood moon” as if the end of the world is coming.  For instance, the Mormon hierarchy has issued a statement in an attempt to calm down some of the apocalyptic speculation that is taking place among their members…

A rare lunar eclipse set to happen this weekend has prompted the Mormon church to issue a statement to followers warning them not to worry about apocalyptic speculation that is running high.

The church cautioned followers to not get caught up in speculation about a major calamity. It’s unclear how many Mormons buy the theory, but leaders were worried enough that they took the rare step of issuing the statement.

Sunday night’s “blood moon” has led to a rise in sales at emergency preparedness retailers.

Of course it isn’t just Mormons that are freaking out.

I recently had lunch with one of the owners of one of the largest emergency food companies in America.  He says that they have had to go to three shifts a day, seven days a week just to keep up with demand.  And even with the increased production, there is a significant delay in getting orders out to customers.

Millions of people seem to have a sense that something ominous is coming.  And without a doubt, we have already seen some extraordinary things happen over the past 60 days.  The stock markets of the 10 largest global economies are all crashing, volcanic eruptions and major earthquakes are happening at a rate far higher than usual, and absolutely crazy things are taking place at the United Nations.

So will any specific event happen in conjunction with this “super blood moon”?

I do not know.

But I do believe that this “super blood moon” is significant.

I do believe that it is yet another warning.  But just like so many of the other warnings that we have seen, it too will be ignored by most people and quickly forgotten.

Pastor Mark Biltz, discoverer of the blood moons phenomenon and the author of “Blood Moons: Decoding the Imminent Heavenly Signs,” says Christians are being given signs from the heavens.

In Biltz’s opinion, the current sequence of four blood moons – a tetrad – “is a sign for today’s Christians as judgment always begins in the house of God.”

“I believe the current blood moons also signal the end of an era,” he said.

Like Pastor Biltz, I believe that we have come to the end of an era.

For so long, people have been mocking the idea that judgment is coming to America, not realizing that it is only because of God’s grace that we have been given so much time to repent.

Now, I believe that the period of grace is coming to an end and a time of judgment is beginning.

Do you believe that this “super blood moon” has any significance?

Do you believe that America is entering a time of judgment?