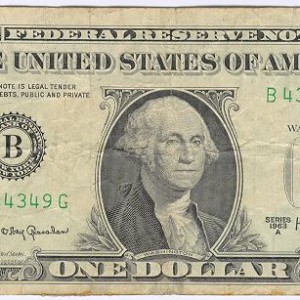 Our last post, “It Is Now Mathematically Impossible To Pay Off The U.S. National Debt“, has created a ton of controversy and has generated over 100 comments so far.  Much of the discussion has been about the role of the Federal Reserve and how they create money and debt.  The truth is that the Federal Reserve system is a very complex subject that is very difficult to get a handle on.  One thing that the Federal Reserve is NOT is a government agency.  In fact, it is about as “federal” as Federal Express.  It is a private central bank designed to make money for the people who created it.  In fact, the Federal Reserve was the culmination of an effort by the international banking elite to force a permanent private central bank on the American people that began all the way back during the days of our Founding Fathers.

But don’t just take our word for it. The following are famous quotes about the Federal Reserve and central banking from past presidents, congressmen and other notable historical figures….

“Most Americans have no real understanding of the operation of the international money lenders. The accounts of the Federal Reserve System have never been audited. It operates outside the control of Congress and manipulates the credit of the United States.”
-Sen. Barry Goldwater

It is well that the people of the nation do not understand our banking and monetary system, for if they did, I believe there would be a revolution before tomorrow morning.”
-Henry Ford

“The Federal Reserve banks are one of the most corrupt institutions the world has ever seen. There is not a man within the sound of my voice who does not know that this nation is run by the International bankers.”
-Congressman Louis T. McFadden

“As soon as Mr. Roosevelt took office, the Federal Reserve began to buy government securities at the rate of ten million dollars a week for 10 weeks, and created one hundred million dollars in new [checkbook] currency, which alleviated the critical famine of money and credit, and the factories started hiring people again.”
-Eustace Mullins

“This [Federal Reserve Act] establishes the most gigantic trust on earth. When the President [Wilson} signs this bill, the invisible government of the monetary power will be legalized….the worst legislative crime of the ages is perpetrated by this banking and currency bill.”
-Charles A. Lindbergh, Sr. , 1913

“We have, in this country, one of the most corrupt institutions the world has ever known. I refer to the Federal Reserve Board. This evil institution has impoverished the people of the United States and has practically bankrupted our government. It has done this through the corrupt practices of the moneyed vultures who control it.”
-Congressman Louis T. McFadden in 1932

“The few who understand the system, will either be so interested from it’s profits or so dependent on it’s favors, that there will be no opposition from that class.”
-Rothschild Brothers of London, 1863

“While boasting of our noble deeds were careful to conceal the ugly fact that by an iniquitous money system we have nationalized a system of oppression which, though more refined, is not less cruel than the old system of chattel slavery.”
-Horace Greeley

“The financial system has been turned over to the Federal Reserve Board. That Board administers the finance system by authority of a purely profiteering group. The system is Private, conducted for the sole purpose of obtaining the greatest possible profits from the use of other people’s money”
-Charles A. Lindbergh Sr., 1923

“Bankers own the earth. Take it away from them, but leave them the power to create money and control credit, and with a flick of a pen they will create enough to buy it back.”
-Sir Josiah Stamp, former President, Bank of England

“All the perplexities, confusion and distress in America arise, not from defects in their Constitution or Confederation, not from want of honor or virtue, so much as from the downright ignorance of the nature of coin, credit and circulation.”
-John Adams

“Whoever controls the volume of money in any country is absolute master of all industry and commerce.”
-James A. Garfield, President of the United States

“History records that the money changers have used every form of abuse, intrigue, deceit, and violent means possible to maintain their control over governments by controlling money and it’s issuance.”
-James Madison

“I believe that banking institutions are more dangerous to our liberties than standing armies. Already they have raised up a monied aristocracy that has set the government at defiance. The issuing power (of money) should be taken away from the banks and restored to the people to whom it properly belongs.”
-Thomas Jefferson

The Federal Reserve is at the center of a controversy over central banking that has been around since the very beginning of the United States.  But unfortunately, the Federal Reserve system is so incredibly complex and the American people of today are so uneducated that the vast majority of people out there simply do not even understand enough about what is going on to get upset about anything.

But that is changing.  An increasing number of people are starting to wake up.  Instead of thinking that “we’ll get this debt under control if we could just get the right person in the White House”, more Americans than ever are realizing that it is the Federal Reserve that is the root of our debt problem.

As always, we welcome you to leave a comment with your opinion about the Federal Reserve.  We read every single comment that gets left on this site, and we actually learn a lot from reading them.

We also encourage you to follow us on our daily news website, The Most Important News, which features the best collection of alternative news stories that you will find anywhere.