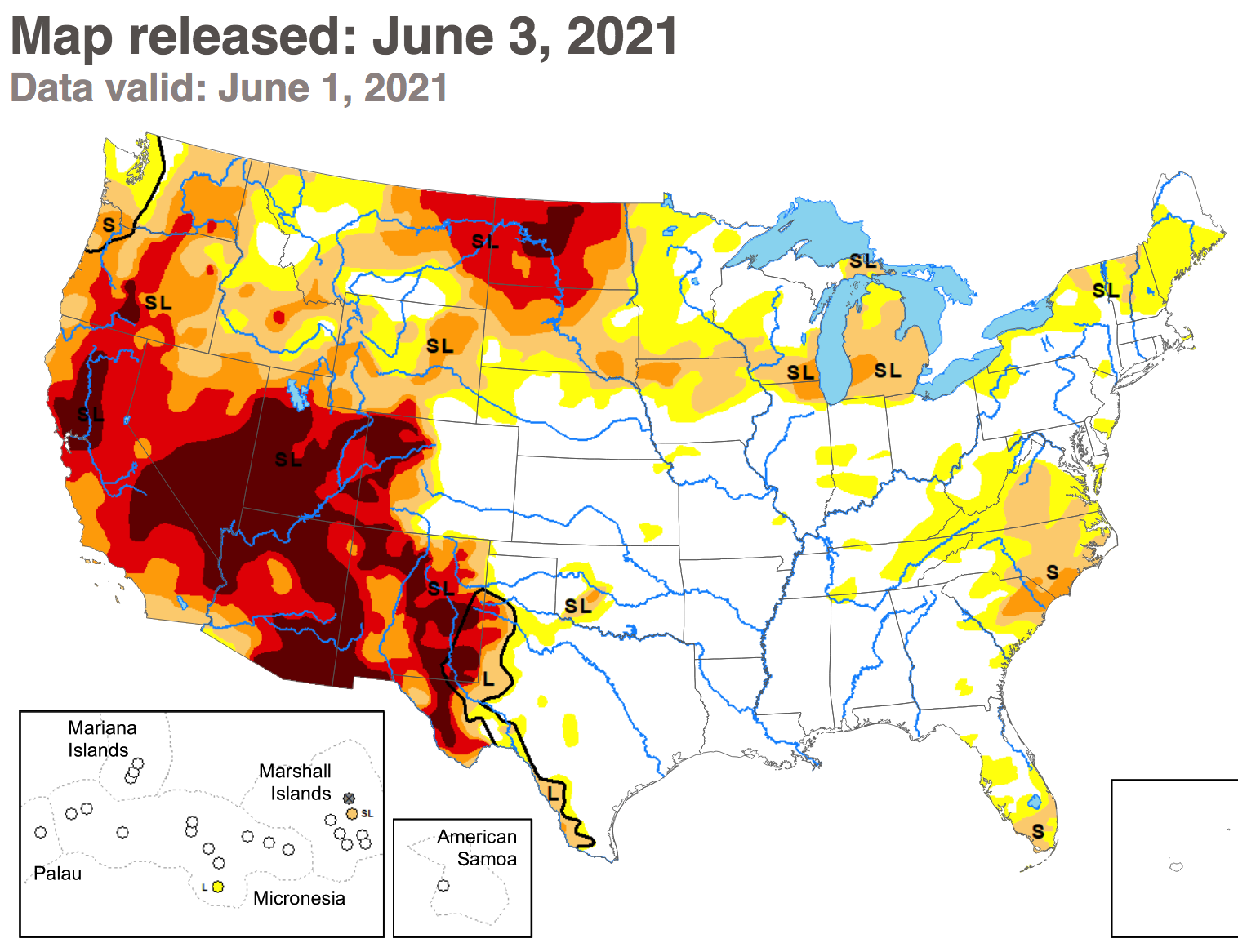 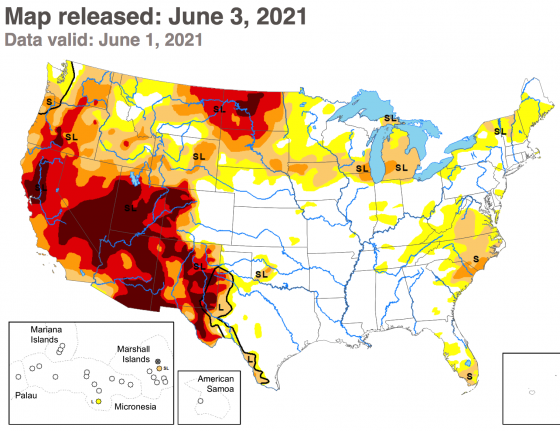 In my entire lifetime, this is the worst that drought conditions have ever been in the western half of the country.  During the past 20 years, the amount of territory in the West considered to be suffering from exceptional drought has never gone higher than 11 percent until now.  Today, that number is sitting at 27 percent.  The term “mega-drought” is being thrown around a lot these days to describe what is happening, but this isn’t just a drought.  This is a true national emergency, and it is really starting to affect our food supply.

“Normally this time of the year, we’re probably looking at 400-600 head and a lot of times would be every other week,” said former auctioneer Ron Torgerson.

On Sunday and Monday, more than 4,200 head of cattle were sold at Rugby Livestock and Auction.

Needless to say, ranchers in North Dakota don’t want to get rid of their cattle, but the drought has pushed prices for hay and corn so high that many of them simply have no choice.

As the drought continues, the price of hay and corn has gone way up. It’s more expensive for ranchers to try and supplement feed than it is to sell the cattle.

Bohl has already sold 200 of his head in the last month.

“Everybody is in the same situation, they’re going to have to sell probably 25 to 50% of them because there’s nowhere to go with them we just got no food to feed them,” Bohl said.

As cattle herds shrink all over the western half of the country, this is going to push beef prices significantly higher than they are right now.

And in many areas, they are already at ridiculous levels.

Meanwhile, the drought continues to push the water level in Lake Mead into the danger zone.  According to CBS News, Lake Mead will soon hit the “lowest level ever recorded”…

For more than eight decades, the iconic Hoover Dam has relied on water from Nevada’s Lake Mead to cover up its backside. But now, at age 85, it finds itself uncomfortably exposed. Much of the water the dam is supposed to be holding back is gone.

“This is like a different world,” said Pat Mulroy, the former head of the Southern Nevada Water Authority. She told CBS News senior national and environmental correspondent Ben Tracy that Lake Mead, the nation’s largest reservoir, is on track to soon hit its lowest level ever recorded.

Since the year 2000, the water level in Lake Mead has declined by a whopping 30 feet, and it is currently at just 37 percent of capacity.

The dam’s hydropower output has already been reduced by about 25 percent, and once the water level gets low enough it will stop producing electricity completely.

In addition, many farmers that rely on water from Lake Mead are facing a very uncertain future at this point…

For the first time ever, the federal government is expected to declare a water shortage on the lower Colorado River later this summer. That will force automatic cuts to the water supply for Nevada and Arizona starting in 2022. Homeowners have higher priority and, at first, won’t feel the pain as badly as farmers.

Dan Thelander is a second-generation family farmer in Arizona’s Pinal County. The water to grow his corn and alfalfa fields comes from Lake Mead. “If we don’t have irrigation water, we can’t farm,” he said. “So, next year we are going to get about 25% less water, means we’re going to have to fallow or not plant 25% of our land.”

Unless something changes, Thelander and other farmers in the region could potentially have all water cut off in 2023.

Of course there are many farmers in California that have already been informed that they will not be getting any water allocated to them at all here in 2021.  It is being projected that farmers in the state will not grow anything on 500,000 acres this year, and that is really bad news because California grows more than a third of our vegetables and two-thirds of our fruits and nuts…

Along with wildfire risks, short water supply is putting immense pressure on the state’s agricultural industry, which grows over a third of the country’s vegetables and supplies two-thirds of the fruits and nuts in the US. Already farmers are culling crops and fallowing fields in anticipation of water shortages. Karen Ross, California’s food and agriculture secretary, told the California Chamber of Commerce that she expected 500,000 acres would have to sit idle this year.

So what are we going to do if this mega-drought persists several more years and agricultural production in California is dramatically reduced for an extended period of time?

I am sure that some wise guy will post a comment after this article about importing more fruits and vegetables from South America, but South America is experiencing a historic drought too.

In fact, at this moment Brazil is experiencing the “worst drought in nearly a century”, and scientists are anticipating that it will not end any time soon.

Needless to say, the droughts that we are witnessing are setting the stage for many of the things that I have been warning about, and the future of agricultural production in the western hemisphere is looking quite bleak for the foreseeable future.

In the short-term, this crisis is going to result in substantially higher prices at the grocery store.  I know that grocery prices have already risen to painful levels, but the truth is that food prices will never be as low as they are right now.

So I am encouraging everyone to stock up while they still can.

Global food supplies are getting tighter and tighter, and this definitely has enormous implications for our future.