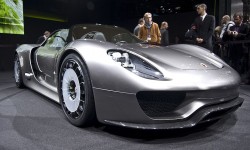 Today there are two very different Americas.  In one America, the stock market is soaring, huge bonuses are taken for granted, the good times are rolling and people are spending money as if they will be able to “live the dream” for the rest of their lives.  In the other America, the one where most of the rest of us live, unemployment is rampant, a million families were kicked out of their homes last year and hordes of American families are drowning in debt.  The gap between the rich and the poor is bigger today than it ever has been before.  In fact, this article is not so much about “rich vs poor” as it is about “the rich vs the rest of us”.  Barack Obama and Ben Bernanke keep touting an “economic recovery”, but the truth is that the only ones that seem to be benefiting from this recovery are those at the very top of the economic food chain.

Below you will find 14 funny statistics about this economic recovery and 14 not so funny statistics about this economic recovery.  Actually, if you find yourself deeply struggling in this economy you will probably not find any of the statistics funny.  In fact, you will probably find most of them infuriating.  After all, there are very few people that actually enjoy hearing about how well the rich are doing when they are barely able to pay the mortgage and put food on the table.

In any event, the 28 statistics below show the stark contrast between the “two Americas” that share this nation today.  Many liberals will likely try to use these statistics as an example of why we should tax the rich.  But handing more money to the government is not going to magically create more jobs for the poor.  What the American people desperately need are good jobs, and many liberals don’t seem to understand that.  Many conservatives will likely try to use these statistics as evidence that “capitalism” is working.  But the truth is that what we have in the United States today is not capitalism.  Rather, it is more aptly described as “corporatism”, because money and power is increasingly becoming concentrated in the hands of gigantic corporations that individuals and small businesses simply cannot compete with.  The truth is that when wealth is concentrated at the very top it does not “trickle down” to the rest of us.  In the old days the wealthy at least were forced to hire the rest of us to run their factories and their businesses, but with the advent of globalism that isn’t even true anymore.  Now they can just move their factories and businesses overseas to places where they can legally pay slave labor wages to their employees.

When large concentrations of power (whether governmental or corporate) are allowed to flourish, it almost becomes inevitable that the gap between the rich and the poor will grow.  We are seeing this happen all over the world today.

Unfortunately, it does not appear that any of this is going to change any time soon.  In the United States, both the federal government and multinational corporations are constantly attempting to grab even more power.  It has gotten to the point where individual Americans really don’t have much power left at all.

In any event, hopefully you will find the following statistics informative or at least entertaining.  The wealthy are most definitely enjoying an “economic recovery” while most of the rest of us are still really struggling….

Funny – Who said that the titans of Wall Street couldn’t look hot?  According to the American Society of Plastic Surgeons, facelifts for men jumped 14 percent last year.

Not Funny – According to the U.S. Labor Department, unemployment actually increased in 351 of the 372 largest U.S. cities during the month of January.

Funny – The average bonus for a worker on Wall Street in 2010 was only $128,530.  It appears that more Wall Street bailouts may be needed.

Not Funny – During this most recent economic downturn, employee compensation in the United States has been the lowest that it has been relative to gross domestic product in over 50 years.

Funny – According to DataQuick Information Systems, the sale of million dollars homes rose an average of 18.6 percent in the top 20 major metro areas in the U.S. in 2010.  But is spending a million dollars on one house really worth it?  After all, over the past several years there have been times when you could buy a house in some bad areas of Detroit for just one dollar.

Not Funny – In 2010, for the first time ever more than a million U.S. families lost their homes to foreclosure, and that number is expected to go even higher in 2011.

Funny – According to Moody’s Analytics, the wealthiest 5% of households in the United States now account for approximately 37% of all consumer spending.  Most of the rest of us don’t have much discretionary income to spend these days, but at least we have Justin Bieber, American Idol and Dancing with the Stars to keep us entertained.

Not Funny – According to Gallup, the U.S. unemployment rate in mid-March was 10.2%, which was virtually unchanged from the 10.3% figure that it was sitting at exactly one year ago.

Funny – According to the Wall Street Journal, sales of private jumbo jets to the ultra-wealthy are absolutely soaring….

Sales of private jumbo jets are so strong that Airbus and Boeing now have special sales forces devoted to potentates and the hyper-rich.

Not Funny – There are now over 6.4 million Americans that have given up looking for work completely.  That number has increased by about 30 percent since the economic downturn began.

Funny – Porsche recently reported that sales increased by 29 percent during 2010.  Even Porsche jokes are coming back into style….

Question: Why did the blonde try and steal a police car?

Not Funny – Approximately half of all American workers make $25,000 a year or less.

Funny – Cadillac recently reported that sales increased by 36 percent during 2010.

Not Funny – According to the U.S. Energy Department, the average U.S. household will spend approximately $700 more on gasoline in 2011 than it did during 2010.

Funny – Rolls-Royce recently reported that sales increased by 171 percent during 2010.

Not Funny – According to a new study by America’s Research Group, approximately 75 percent of all Americans are doing less shopping because of rising gasoline prices.

Funny – According to the New York Post, Barack Obama enjoyed a total of 10 separate vacations that stretched over a total of 90 vacation days during the years of 2009 and 2010.  Apparently Barack Obama was not talking about himself when he told the American people the following….

Funny – Ralph Lauren reported a 24 percent increase in revenue in the fourth quarter of 2010.  It is good to know that preppies are thriving in this economy.

Not Funny – The Ivex Packaging Paper plant in Joliet, Illinois is shutting down for good after 97 years in business.  79 good jobs will be lost.  Meanwhile, China has become the number one producer of paper products in the entire world.

Funny – Luxury jewelry retailer Tiffany & Co. recently announced that their profits increased by 29 percent in the 4th quarter of 2010.  All of the men that did not buy their women jewelry during the holidays are trying to keep this particular news item from getting passed around.

Not Funny – The U.S. economy now has 10 percent fewer “middle class jobs” than it did just ten years ago.

Funny – Porsche has announced that they will soon be taking orders for their first hybrid sports car, the 918 Spyder.  The price tag on one of these puppies will only be $845,000.

Funny – Barack Obama recently played only his 61st round of golf since moving into the White House.  Many are now concerned that Obama is simply not getting enough free time.

Not Funny – According to one recent study, 21 percent of all children in the United States were living below the poverty line during 2010.