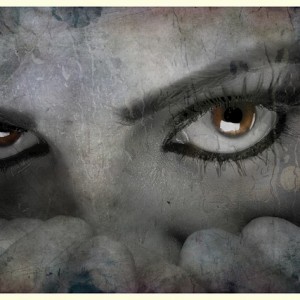 We could potentially be on the verge of the greatest health crisis that any of us have ever seen.  The number of Ebola cases in Africa has approximately doubled over the past three weeks, and scientific computer models tell us that this Ebola pandemic could ultimately end up killing millions of us – especially if it starts spreading on other continents.  At first, many assumed that this Ebola outbreak would be just like all the others – that it would flare up for a little while and then it would completely fade away.  But that has not happened this time.  Instead, this epidemic has seemed to pick up momentum with each passing week.  Despite extraordinary precautions, hundreds of health workers have gotten the virus, and the head of the CDC says that the spread of Ebola is “spiraling out of control” and that it is “going to get worse in the very near future.”  For those that have thought that all of this talk about Ebola was just “fearmongering”, it is time for you to wake up.

Right now, the World Health Organization says that we could see the total number of Ebola cases reach 20,000 nine months from now.  But computer models created for the National Institutes of Health and the Department of Defense are projecting that Ebola could soon be growing at a rate of 20,000 cases per month…

The Ebola epidemic affecting West Africa is predicted to last a further 12 to 18 months, according to U.S. scientists.

Epidemiologists have been creating computer models of the Ebola epidemic for the National Institutes of Health and the Defense Department.

The model they have created is a far less optimistic estimate than that of the World Health Organization (WHO), which last month said it hoped to contain the outbreak within nine months and 20,000 total cases.

The New York Times reports that various researchers have said the virus could grow at a rate that could be closer to 20,000 per month.

The WHO is sticking to its estimates, a spokesman said Friday.

Other scientists are even more pessimistic.

The Eurosurveillance paper, by two researchers from the University of Tokyo and Arizona State University, attempts to derive what the reproductive rate has been in Guinea, Liberia and Sierra Leone. (Note for actual epidemiology geeks: The calculation is for the effective reproductive number, pegged to a point in time, hence actually Rt.) They come up with an R of at least 1, and in some cases 2; that is, at certain points, sick persons have caused disease in two others.

You can see how that could quickly get out of hand, and in fact, that is what the researchers predict. Here is their stop-you-in-your-tracks assessment:

In a worst-case hypothetical scenario, should the outbreak continue with recent trends, the case burden could gain an additional 77,181 to 277,124 cases by the end of 2014.

That is a jaw-dropping number.

If we do see an explosion like that, how many millions of cases will we see by the time 2015 is through?

A different model has produced an even more jaw-dropping number.

An “econometric simulation model” created by Francis Smart at Michigan State University is predicting that a whopping 1.2 million people will die from Ebola in the next six months…

An econometric simulation model based on the assumption the World Health Organization and others will be unable to control the Ebola outbreak in West Africa predicts 1.2 million people will die from the disease in the next six months.

Six months is the minimum time the WHO projects will be necessary to contain the epidemic.

In his analysis, econometrics research assistant Francis Smart at Michigan State University took seriously the conclusions of Canadian researchers who proved the strain of Ebola in the current West African epidemic could go airborne.

The Ebola virus could be transmitted between humans through breathing, Smart says.

In developing the model, Smart began with WHO’s Aug. 28 statement that the Ebola epidemic in West Africa could afflict more than 20,000 people before it is brought under control.

That has got to be the worst possible number, right?

A top German virologist has caused shockwaves by asserting that it’s too late to halt the spread of Ebola in Sierra Leone and Liberia and that five million people will die, noting that efforts should now be focused on stopping the transmission of the virus to other countries.

Jonas Schmidt-Chanasit of the Bernhard Nocht Institute for Tropical Medicine in Hamburg told Germany’s Deutsche Welle that hope is all but lost for the inhabitants of Sierra Leone and Liberia and that the virus will only “burn itself out” when it has infected the entire population and killed five million people.

“The right time to get this epidemic under control in these countries has been missed,” said Schmidt-Chanasit. “That time was May and June. “Now it is too late.”

So which of the numbers discussed above are accurate?

Meanwhile, the U.S. federal government is feverishly preparing for the worst.

This week we learned that Barack Obama is going to ask Congress for 88 million dollars for the purpose of conducting “a major Ebola offensive” in Africa.

Granted, Obama will ask Congress for money at the drop of a hat these days.  He wants 500 million dollars to arm the allies of ISIS and his reckless spending has been one of the primary factors why the U.S. national debt has risen by more than a trillion dollars over the past 12 months.

But it is still noteworthy.

Even more noteworthy is the fact that the U.S. State Department has just ordered 160,000 Hazmat suits…

The U.S. State Department has ordered 160,000 Hazmat suits for Ebola, prompting concerns that the federal government is anticipating the rapid spread of a virus that has already claimed an unprecedented number of lives.

In a press release posted by Market Watch, Lakeland Industries, a manufacturer of industrial protective clothing for first responders, announced that it had signaled its intention “to join the fight against the spread of Ebola” by encouraging other suppliers to meet the huge demand created by the U.S. State Department’s order of 160,000 hazmat suits.

“With the U.S. State Department alone putting out a bid for 160,000 suits, we encourage all protective apparel companies to increase their manufacturing capacity for sealed seam garments so that our industry can do its part in addressing this threat to global health,” states the press release.

The huge bulk order of hazmat suits for Ebola has stoked concerns that the U.S. government expects the virus to continue to ravage countries in west Africa and may also be concerned about an outbreak inside the United States.

You don’t order that many Hazmat suits unless you are anticipating an outbreak of apocalyptic proportions.

The Centers for Disease Control and Prevention, warning hospitals and doctors that “now is the time to prepare,” has issued a six-page Ebola “checklist” to help healthcare workers quickly determine if patients are infected.

While the CDC does not believe that there are new cases of Ebola in the United States, the assumption in the checklist is that it is only a matter of time before the virus hits home.

Let us hope and pray that these precautions do not become necessary.

Because if Ebola starts spreading like wildfire in this country, we are going to see pain and suffering beyond anything that most of us have ever imagined.

I wake up each morning – if I have managed to sleep – wondering if this is really happening, or if it is a horror movie. In decades of humanitarian work I have never witnessed such relentless suffering of fellow human beings or felt so completely paralysed and utterly overwhelmed at our inability to provide anything but the most basic, and sometimes less than adequate, care.

I am supervising the suspect tent, which has room for 25 patients who are likely to have Ebola – 80-90% of those we test have the virus. We administer treatment for malaria, start patients on antibiotics, paracetamol, multivitamins, rehydration supplements, food, water and juice while they wait for their results. Sometimes people have arrived too late and die shortly after arriving.

In one afternoon last week I watched five seemingly fit, healthy, young men die. I gave the first a bottle of oral rehydration solution and came back with another for the second. In the half a minute or so in which I had been away the first man died, his bottle of water spilt across the floor. The four others followed in quick succession.

The moment that cases start popping up in the United States, all of our lives will instantly change.

I hope that you are getting prepared for that.